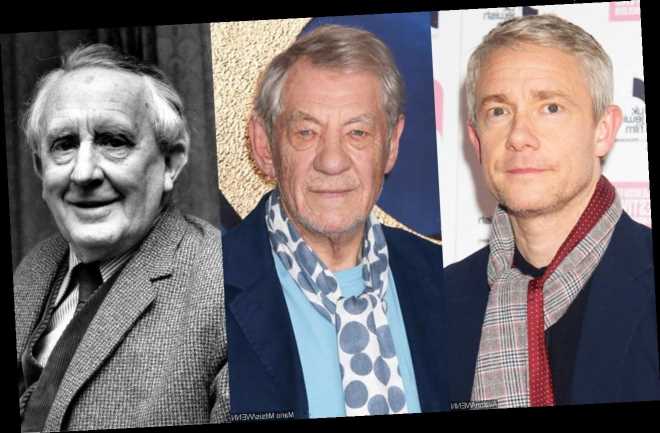 The actors known for their portrayal of Bilbo Baggins in ‘The Hobbit’ and Gandalf in ‘The Lord of the Rings’ have teamed up with a group of Tolkien aficionados promoting Project Northmoor.

AceShowbiz –Martin Freeman and Sir Ian McKellen have joined a campaign to turn J.R.R. Tolkien’s former Oxford home into a museum celebrating the “Lord of the Rings” author’s life.

The actors, who played Bilbo Baggins in “The Hobbit” and Gandalf in “The Lord of the Rings” film series, have teamed up with a group of Tolkien aficionados promoting Project Northmoor, a fundraising initiative that launched on Wednesday, December 02.

Tolkien lived at 20 Northmoor Road from 1930 to 1947, and wrote “The Hobbit” there. He also started work on the novels that would make up the “Lord of the Rings” trilogy.

“We cannot achieve this without the support of the worldwide community of Tolkien fans, our fellowship of funders,” McKellen said in the project’s promotional video, while his “Lord of the Rings” co-star John Rhys-Davis added, “Unbelievably, considering his importance, there is no centre devoted to Tolkien anywhere in the world. The vision is to make Tolkien’s house into a literary hub that will inspire new generations of writers, artists and filmmakers for many years to come.”

British author Julia Golding, who is leading the project, told The New York Times, “If every Tolkien fan gave us $2, we could do this.”

The goal of the group is to raise $6 million (£4.5 million) by mid-March, 2021 to purchase the property and turn it into a museum to all things Tolkien. The two-story structure, about 60 miles northwest of London, was built in 1924 for Basil Blackwell, a well-known Oxford bookseller. The current owners had bought the house for 1.6 million pounds in 2004.