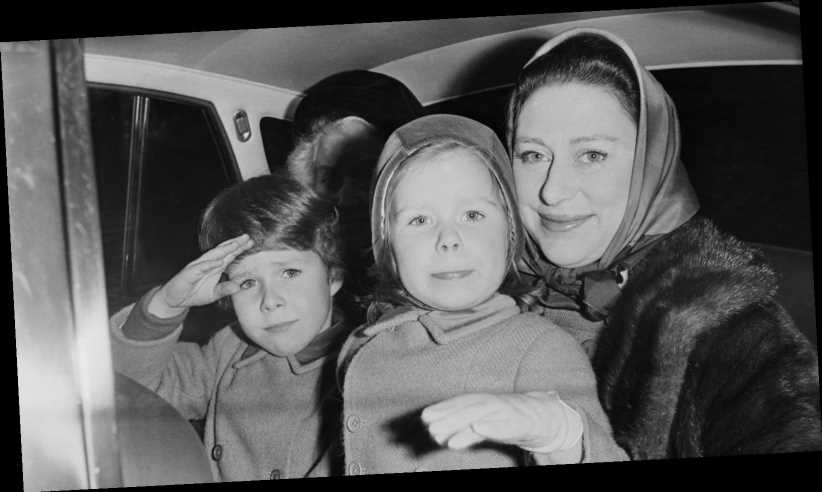 We all love Helena Bonham Carter’s spicy portrayal of Princess Margaret on the must-watch Netflix show, The Crown. But what we know her best for are her unfiltered emotions, love of a cocktail, and never saying “no” to a good party. What we don’t see is another side of the sister of Queen Elizabeth — being a mom to two children. According to Women’s Health, Princess Margaret gave birth to two children — David, born in 1961, and Sarah, born in 1964.

We see David and Sarah in a family portrait at the end of season 2 of the show (via Town & Country). Fast forward to season 4 of The Crown, the latest to be released on Netflix, and we are still yet to be better acquainted with Princess Margaret’s kids. This season covers the period of time between 1979 and 1990 — so David and Sarah would be grown up (via Screenrant). But consider that The Queen’s four grown children — Charles, Anne, Andrew, and Edward — feature prominently in the series. And that may be part of the reason why the stories of Princess Margaret’s son and daughter are not told in The Crown, at least according to fans.

On Reddit, fans of the addictive show posit theories about why we don’t see Princess Margaret’s kids past that one scene in season 2. First, the question is asked: “I’m currently at season 2 and at a point it is stated that Princess Margaret has had a child. Anyone know how come they decided to skip over this? It seems like an important moment for it to be completely ignored.”

One commenter suggests David and Sarah wouldn’t add anything to the story. Another notes, “It’s not important.. Besides the fact that Elizabeth has four potential heirs, which means her kids are so far down the pecking order it renders them irrelevant as far as the Crown is concerned.” Indeed, as Town & Country notes, David, now known as the 2nd Earl of Snowdon, is 21st in line for the throne. Lady Sarah Chatto, Princess Margaret’s daughter, is 24th in line.

Another Reddit user has a completely different theory, sharing, “I guess that the writers want to make her appear lonely as part of their narrative for Season 4 which is why they completely ignore her two children.” And someone else states dissatisfaction at the fact that The Crown basically ignores David and Sarah, writing, “I wish they would have given Margaret a different story-arch in season four. Seriously Margaret’s storyline in season four is basically a retread of her storyline from the previous three seasons.”