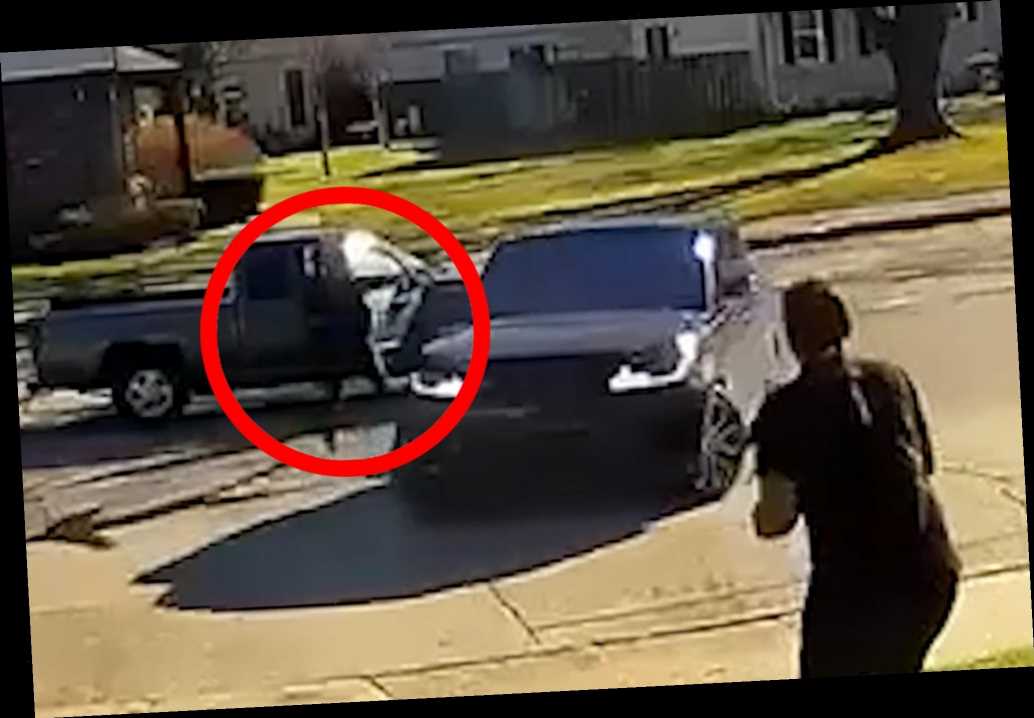 Police in Michigan are investigating a dramatic caught-on-video shooting in a Detroit suburb.

The footage from Sterling Heights shows a woman getting into a black SUV and backing up — only to be cut off by a pickup truck.

The gunman then gets out of the truck and unloads several shots at the SUV as the woman speeds away — while another woman watching from the front of the house screams and dashes inside.

Moments later the SUV returns, parks on the front lawn, and the woman in the driver’s seat runs inside — just seconds before the pickup truck returns and its gun-toting driver gets out again.

At that point, he gets back in the truck and drives away.

“The Sterling Heights police are investigating this shooting that took place Saturday, November 28th,” the department said on Facebook Monday night, adding that “police are utilizing every resource to capture this suspect in this shooting.”

The shooting was captured on the woman’s home surveillance camera at a condominium complex, the Detroit News said.

Police have not released a motive for the shooting and are asking the public for help to identify the gunman or his pickup truck, the outlet said.