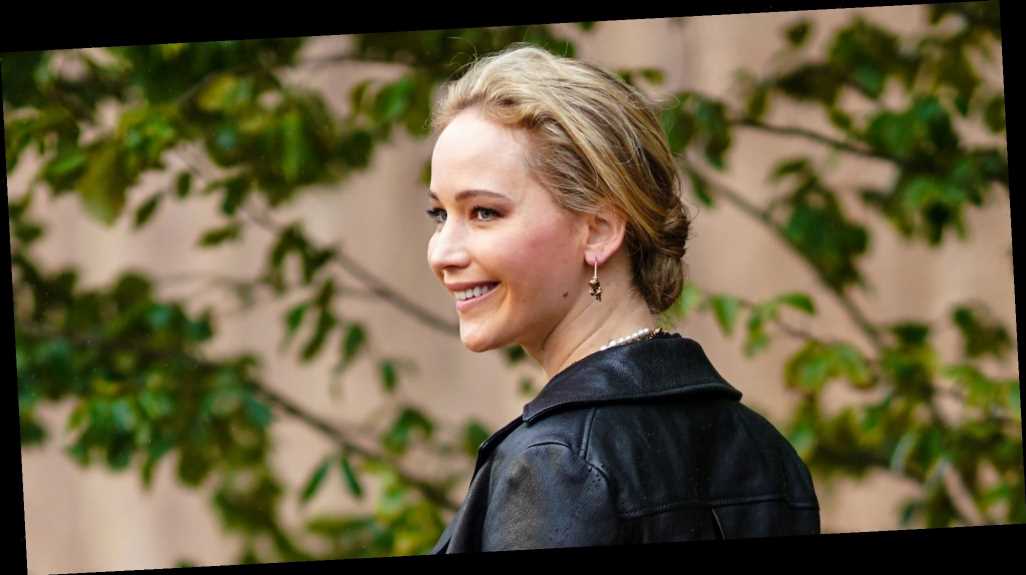 Jennifer Lawrence has experimented with a ton of haircuts and colors over the years, but there's one look she's known for: bright blonde beachy waves. However, the actress' latest role is going to make everyone do a double take.

On Dec. 1, Lawrence was spotted with bright red hair and thick blunt bangs while filming scenes for the upcoming movie Don't Look Up with Leonardo DiCaprio at a train station in Boston.

While J.Law hasn't confirmed whether or not her red hair is a permanent change, since this drastic look is for a role, there's a good chance it's a wig. According to Deadline, the film is about the end of the world, following two "low-level astronomers who embark on a media tour to warn mankind of an approaching asteroid that will destroy Earth."

While this bold hair color is an unexpected look for J.Law, it's not the first time the actress has been a redhead. Back in 2012, she "accidentally" went red after dyeing her hair blonde and then brunette.

"Her new color is actually a happy accident," celebrity hairstylist Mark Townsend told InStyle at the time. "It's been colored and re-colored so many times I told her to give it a break and use stripping shampoos."

J.Law's new hair color and bangs might seem like a radical change, but anything goes in 2020 — especially when you're starring in an A-list movie.