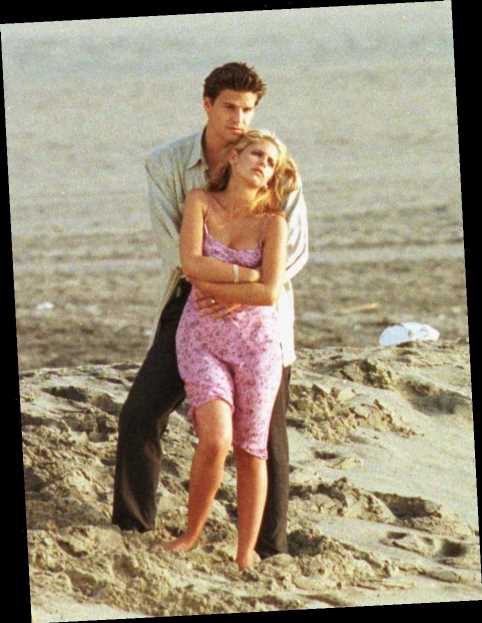 Political journalists are following the Georgia runoff race closely. One of the key figures in that runoff for Senate is Stacey Abrams. The 2018 governor candidate helped President-elect Joe Biden flip the state and her New Georgia Project is still working on the state politics. Online she started a debate among Buffy, the Vampire Slayer fans and now Angel actor David Boreanaz has responded to her statement about Angel and Spike.

Boreanaz was a guest on Variety’s The Big Ticket podcast on Dec. 1 to promote the return of SEAL Team on CBS. Host Marc Malkin asked Boreanaz to weigh in on Abrams’ claim and Boreanaz replied passionately.

On Nov. 9, Abrams tweeted, “To be fair, Angel was the right boyfriend for Buffy coming into her power. Spike was the right man to be with as she became the power.” This refers to Buffy (Sarah Michelle Gellar)’s high school relationship with Angel. Angel’s curse turned his soul evil again when he found true happiness. That true happiness was consummating his relationship with Buffy.

Long after Angel moved to L.A. and his own spinoff series, Spike (James Marsters) emerged as a love interest for Buffy. They finally got together in season 6, when Buffy returned from a heaven dimension with Depression. Still, Boreanaz disagrees with Abrams.

David Boreanaz is ready to debate Stacey Abrams on ‘Buffy, the Vampire Slayer’

Malkin asked Boreanaz if he would debate Abrams publicly about the Buffy, the Vampire Slayer issue. He said he would, but he’s confident he’ll win.

“Of course, yeah,” Boreanaz said. “It’d be over in one second. Your first love is your true love. Your true love is your first love. That’s all I have to say. It’s over, it’s done. Just drop the mic and walk off. Much love, Stacey. I love and appreciate your tweet, man, but I played the character.”

Boreanaz was not surprised to see the Angel/Spike debate rage on in 2020. He has been dealing with it since the show began in 1997.

“I remember we did an appearance in New York and man, the fans came out,” Boreanaz told Malkin. “I literally was overwhelmed with the amount of people that were outside in New York. They had to shut it down. We had to cross buildings. It was crazy but it was that spark of romance, it was that intensity. It was that Oh my God, you’re in so much love… People love that and that’s what I’m saying. First love is true love. That’s it, man.”