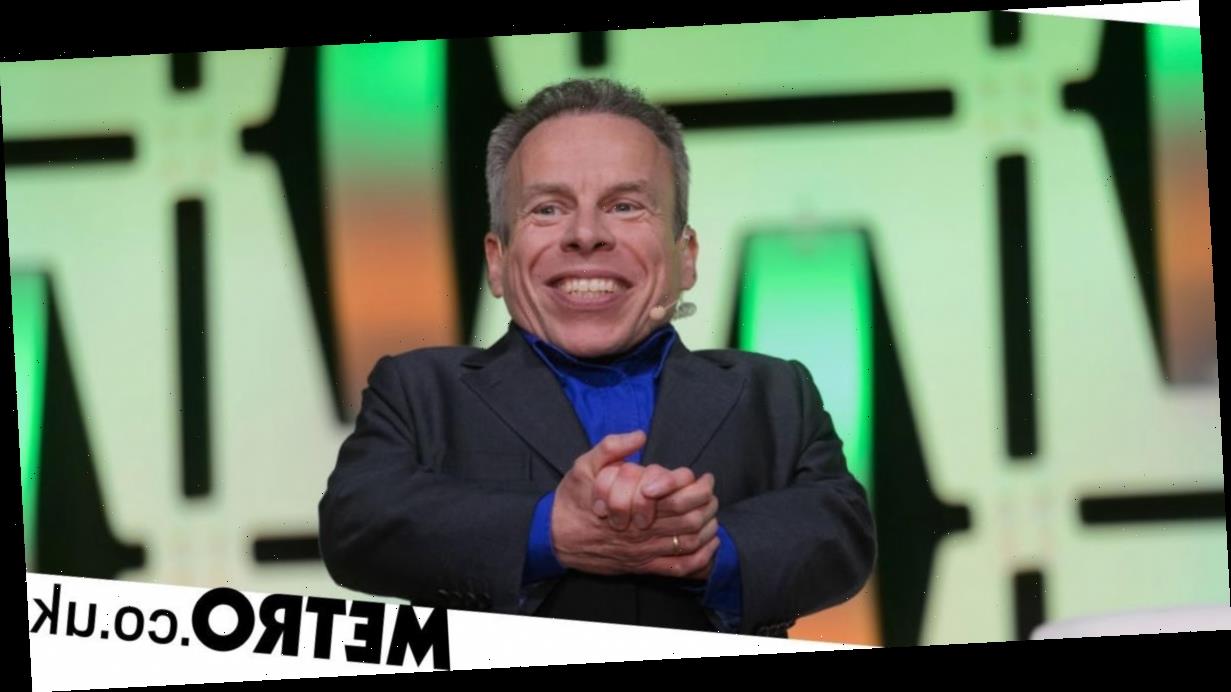 Warwick Davis has recalled how ‘exhausting’ the process of voice acting was for his new animated festive special, explaining how the ‘physicality’ of recordings helps to instruct animators.

Warwick, best-known for his roles in films including Willow, the Harry Potter series and the Star Wars franchise, has entered an underground world for his latest venture, voicing the titular character in Master Moley: By Royal Invitation.

Based on stories by creator James Reatchlous, the tale follows a mole called Moley as he becomes the keeper of a magical book, embarking on a quest that sees him infiltrate a party taking place at Windsor Castle, above where his home is located.

With the special also featuring the vocal talents of Julie Walters, Charles Dance, Gemma Arterton and Richard E Grant, Warwick told Metro.co.uk that recording for the role was ‘quite a lonely experience’ as – apart from Gemma – he wasn’t able to work with his co-stars in a studio.

The actor, who is also serving as an executive producer on the project, outlined how physically demanding voice acting can be, as – in the case of the high-pitched Moley – it ‘takes a lot of energy and effort to really achieve the performance’.

‘You’re up on your feet, actually physically performing the scenes so the recordings have a kind of life and physicality to them that the animators can then be inspired by.’

Warwick explained that there are ‘various little tricks’ voice actors can employ to achieve a certain type of sound, such as tapping your throat ‘if you’re character’s being shook about’ or holding your nose to create a nasal effect.

‘You have to kind of throw yourself around, but you can’t make a noise inside the studio, like stamping your feet. You’ve got to jiggle yourself up and down,’ he said, stating that recordings are often filmed so animators can mimic the movements of the actors in their characters.

‘If you’re running, you end up physically doing it on the spot. It’s a funny experience to watch.’

While Warwick would have typically been in an actual studio recording his lines for Master Moley, this past year has seen him record the series from a studio in his home, liaising with a director in New York and a producer in London.

The actor has personally found it ‘fantastic’ working from home, as he doesn’t ‘get in any traffic’ that he would have done en route to the studio in the English capital.

Warwick told us that they have 50 episodes of Master Moley to deliver by summer 2021, which ‘as far as animation goes, is a huge undertaking’.

While working on the series as a voice actor and an executive producer may be strenuous work, Warwick believes strongly in ensuring you are enjoying yourself while working on a project, as this will carry across to the finished product.

‘It’s about having fun doing these things as well, because if I’m having fun in the studio, that comes across in the animation and in the character as well,’ he stated.

Warwick also had the pleasure of working with his children, Annabelle, 23, and Harrison, 17, on the project, as the siblings – who both have several acting credits under their belts – voiced characters in the animation.

‘I pulled Annabelle into my studio one day and she recorded a few lines for the director. They really loved her performance so she now has a character in the series. And Harrison does as well, he didn’t want to be left out,’ he said.

‘Now he’s 17, his voice has reached a unique point, half broken at the minute. It sounds like he’s doing a character voice when he’s not, it’s just his voice, and recorded it sounds incredible. So they’ve now created a mole for him called Kevin. He’s very excited about that.’

Having acted alongside Warwick and their mother, Samantha Davis, as goblins in the Harry Potter film franchise, both Annabelle and Harrison have also had roles in the Star Wars series with their father.

In the most recent Star Wars film, Rise of Skywalker, director JJ Abrams came up with the idea of Harrison playing the son of Wicket the Ewok, the character Warwick originally played in the 1983 film Return of the Jedi.

‘It was a really lovely moment for me to kind of hand over the Ewok baton to him,’ Warwick said.

Master Moley: By Royal Invitation will air 28th November at 9am on Boomerang.