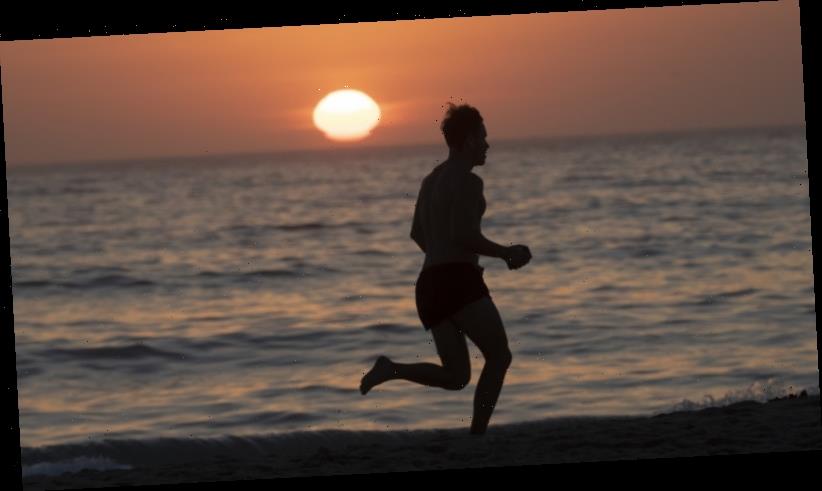 Parts of Sydney are tipped to edge close to 40C as a heat wave descends across NSW and hot winds sweep across the city, with little reprieve forecast until Sunday afternoon.

Beachgoers have been warned to observe social distancing along the coastline, with councils and surf life savers monitoring crowding at some of Sydney’s most popular beaches. 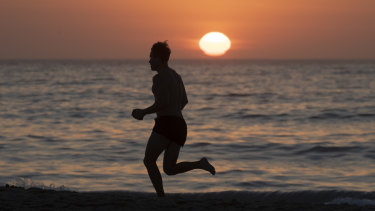 The sun rises at Bondi Beach ahead of a hot day on Saturday.Credit:Brook Mitchell / Getty Images

Bondi beach’s car park was closed before 10am on Saturday as temperatures closed in on 30C in the eastern suburbs.

Parts of Sydney’s west had already hit 35C by 10am, including Olympic Park, while Richmond reached 34.4C.

Despite the mercury climbing faster across the city’s west, warm westerly winds are expected to push across the entire city, with the CBD tipped to endure similar afternoon conditions.

“The city is going to be similar to Penrith and Parramatta, so it’s going to be a really hot one,” Bureau of Meteorology forecaster Helen Kirkup said.

Farmers harvesting grain across the state have been warned to monitor conditions as they harvest due to concerns of grass fires, which could spread rapidly under strong winds and dry conditions.

“If something sparks it could take off,” Ms Kirkup said.

A strong southerly change is forecast to provide reprieve as it pushes through Sydney between 3pm and 5pm on Sunday afternoon.

The NSW Riverina and Lower Western Plains are already sweltering, with Hay Airport reaching 40C after 10am, while Deniliquin also pushed past 40C.

Several grass fires are burning in the state’s south, though they were listed as under control by the Rural Fire Service.

Beach ambassadors have been tasked with monitoring social distancing across Waverly Councils beaches, with people told to stay 1.5 metres, or a towel-length apart unless they are from the same household.