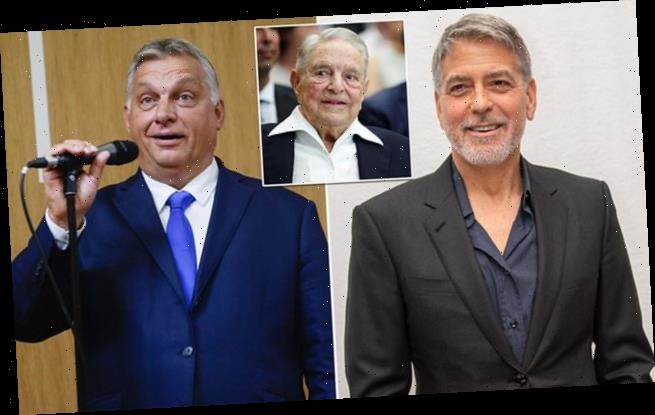 George Clooney has been targeted by pro-government media in Hungary after he accused Prime Minister Viktor Orban of spreading ‘hate and anger’.

The actor, 59, said the actions of right-wing populists worldwide could contribute to a global disaster on the scale of that which features in his new film The Midnight Sky.

‘We weren’t in the middle of a pandemic when [the film was shot], but there were still all these other elements, these elements of how much hate and anger all of us are experiencing in this moment of history, all over the world,’ Clooney told GQ during a video interview to promote the film.

‘Go to [Jair] Bolsonaro in Brazil, or Orban in Hungary. Look around: lots of anger and hate,’ he said, adding: ‘[The film] takes place in 2049. If you played it out this could very well be what our reality is if that kind of hate is allowed to fester.’

Politicians from Orban’s ruling Fidesz party jumped to their leader’s defence, branding Clooney an ‘imbecile’ and an ‘imposter’ and alleging that the actor couldn’t even find Hungary on a map, The Times reported. 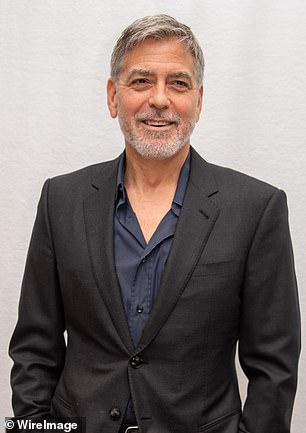 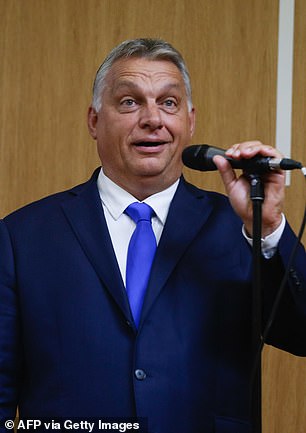 Government-friendly newspapers also waded into the fray, implying that Clooney is a mouthpiece for Hungarian-born US financier George Soros, a popular bogeyman conjured up by Orban whenever he faces criticism.

In the 1980s, Soros played a hand in toppling Hungary’s Communist regime through funding scholarships for dissidents and establishing a pro-democracy charitable foundation in the country.

Under Orban, he has become a frequent target in his native Hungary over his support for refugees in Europe and other liberal issues.

Orban’s government launched a crude poster campaign against Soros in 2019, accusing the financier of working with then-EU chief Jean-Claude Juncker to weaken the country’s borders by allow more migrants and refugees in.

A similar anti-Soros campaign appeared in 2017. 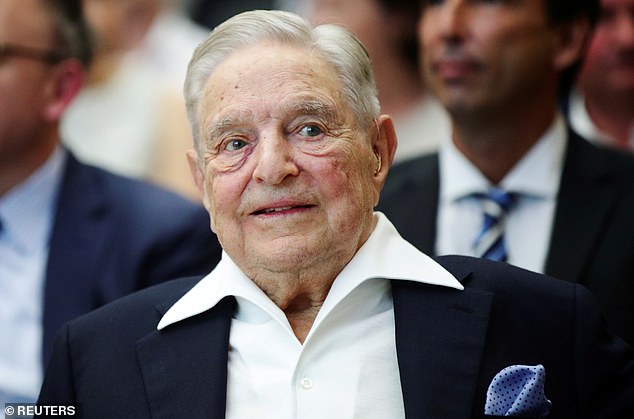 Billionaire financier George Soros has become a bogeyman in his native Hungary and is the subject of innumerable conspiracy theories there and in the US, where he is a citizen [File photo] 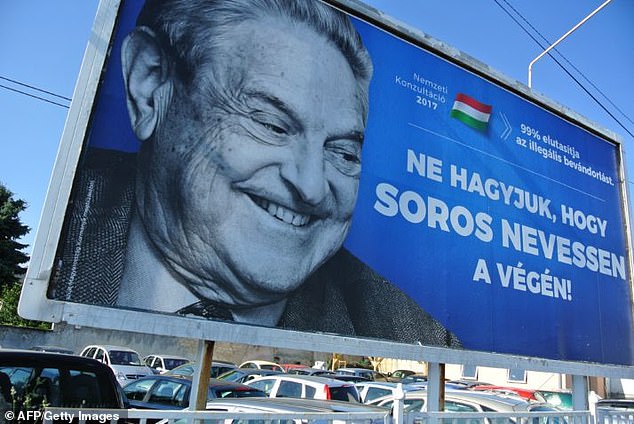 A 2017 campaign by the Hungarian government portrayed Soros next to the message ‘Don’t let Soros have the last laugh’. The posters falsely suggested that Soros wanted to weaken Hungary’s borders through migration [File photo]

Orban founded Fidesz as a liberal party shortly before communism was overthrown but many of his policies have taken a sharp right turn since his second term as prime minister began inn 2010.

He describes his anti-migrant, anti-LGBTQ+ stance – which saw Fidesz suspended from the ruling coalition in February 20202 – as ‘illiberal democracy’.

Tamas Menczer, a secretary of state and the Orban government’s chief foreign policy spokesman, called Clooney’s remarks ‘foolish’ and said the actor should not be seen as a ‘global political oracle’.

Clooney has long been outspoken on political issues, which often feature in his work.

In 2012 he was arrested during a protest in front of the Sudanese embassy and he is married to barrister Amal Clooney who has been involved in many prominent human rights cases internationally. 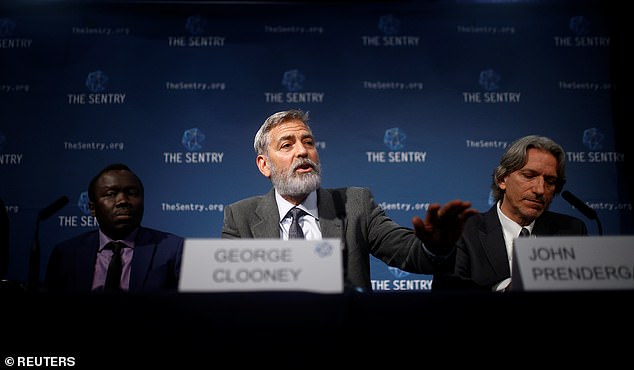 Clooney (centre) has long been outspoken on political issues, which often feature in his work. Pictured: George Clooney speaks at a news conference on South Sudan in 2019 [File photo]

MEP and founding member of Fidesz Tamas Deutsch took the criticism one step further, lambasting Clooney as an ‘American imposter talking bulls*** about [our] homeland’.

A speculated link to Soros came after Origo, a popular pro-Fidesz news website, posted a photo of Clooney posing with one of the financier’s sons, which provoked a government spokesperson to claim the actor was a mere mouthpiece for the billionaire.

Clooney responded with a statement denying that he was under the influence of Soros, whom he praised, and doubling down on his previous criticism.

‘As for my earlier remarks, I would be ashamed not to speak out publicly against the kind of authoritarianism with which the Orban regime controls the media, subjects companies to draconian tax rules and silences the free press.’

The statement also highlighted the fact that Orban himself had been a recipient of funding from Soros’s organisation, which allowed the future leader to complete studies at Oxford University.