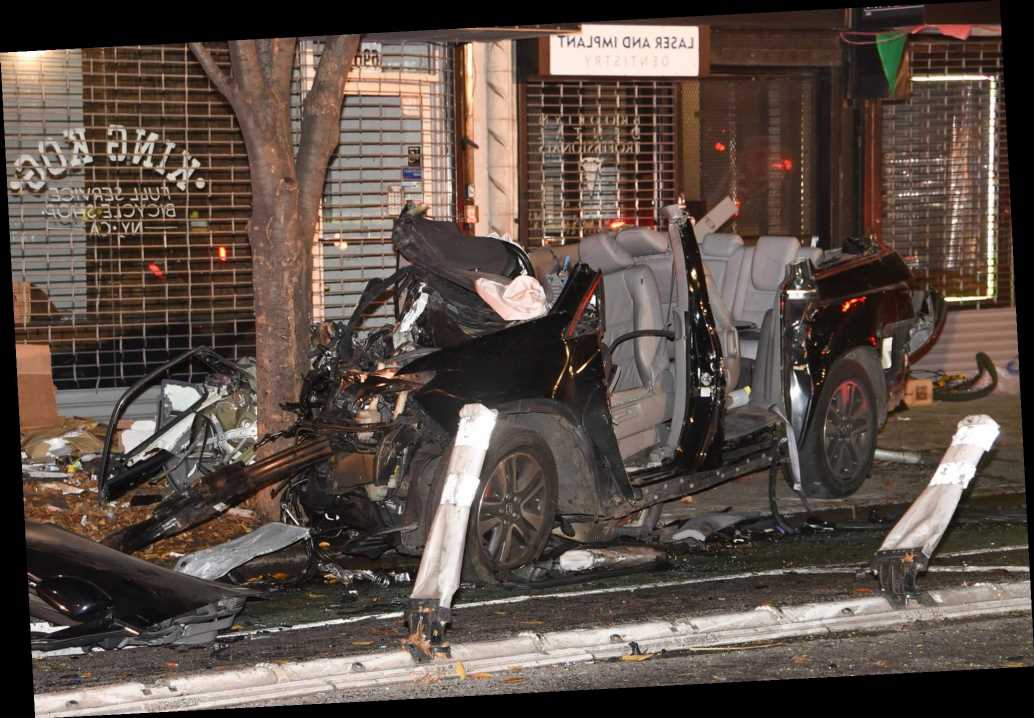 A 26-year-old driver was killed in a three-car crash that began when the tire blew out of a BMW SUV in Brooklyn early Wednesday, cops said.

The caught-on-video smash-up happened on Grand Street near Manhattan Avenue in Williamsburg around 1:10 a.m., when the right rear tire blew out of a white BMW X7 SUV heading west on Grand Street, causing the driver, a 30-year-old man, to lose control, authorities said.

The motorist veered into the eastbound lane, striking a black Honda Odyssey with Alexander Ulloa-Toribio, 26, behind the wheel, according to cops and footage from the scene obtained by News 12 reporter Katie Lusso.

The driver then slammed into another car, a red Honda Element with a 34-year-old man behind the wheel, police said.

That car came to a rest, as did the BMW — but Ulloa-Toribio’s car smashed into a tree, cops said.

He was rushed to Woodhull Medical Center, where he was pronounced dead.

The BMW driver and his 30-year-old passenger were taken to Bellevue Hospital with minor injuries, and have since been treated and released.

No arrests have been made, and the investigation was ongoing later in the morning.