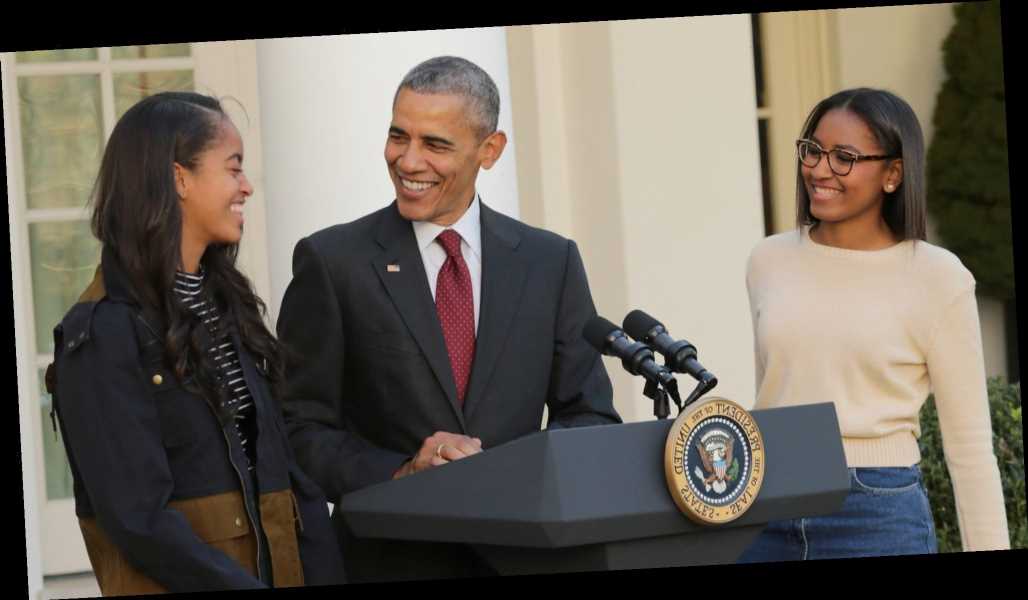 With the release of his book, A Promised Land, Barack Obama has been sharing more insight into his family life.

In a new interview with People, he revealed his daughters, 22-year-old Malia and 19-year-old Sasha, joined in Black Lives Matters protests over the summer because they felt "the need to participate."

"I didn't have to give them a lot of advice because they had a very clear sense of what was right and what was wrong and [of] their own agency and the power of their voice and the need to participate," he said. "Malia and Sasha found their own ways to get involved with the demonstrations and activism that you saw with young people this summer, without any prompting from Michelle and myself, on their own initiative."

"They didn't do it in a way where they were looking for limelight," Obama added. "They were very much in organizer mode. I could not have been prouder of them."

After the killing of George Floyd earlier this year, the former president wrote an an op-ed for Medium about the demonstrations sparked across the world. He told People that while he doesn't necessarily see his daughters going into politics in the future, he praised their ability to be "active citizens."

"I think a couple of times they asked for sort of very specific suggestions about what would be the best way to communicate X or what would be the most useful thing that, if we were mobilizing a whole bunch of friends, to have an impact, what should we be doing?" he says. "But they didn't need to be encouraged. Their attitude was — we've seen something wrong and we want to fix it, and we think we can fix it. And we understand that it's not gonna take just a day or a week or one march to fix it. But we're in it for the long haul."