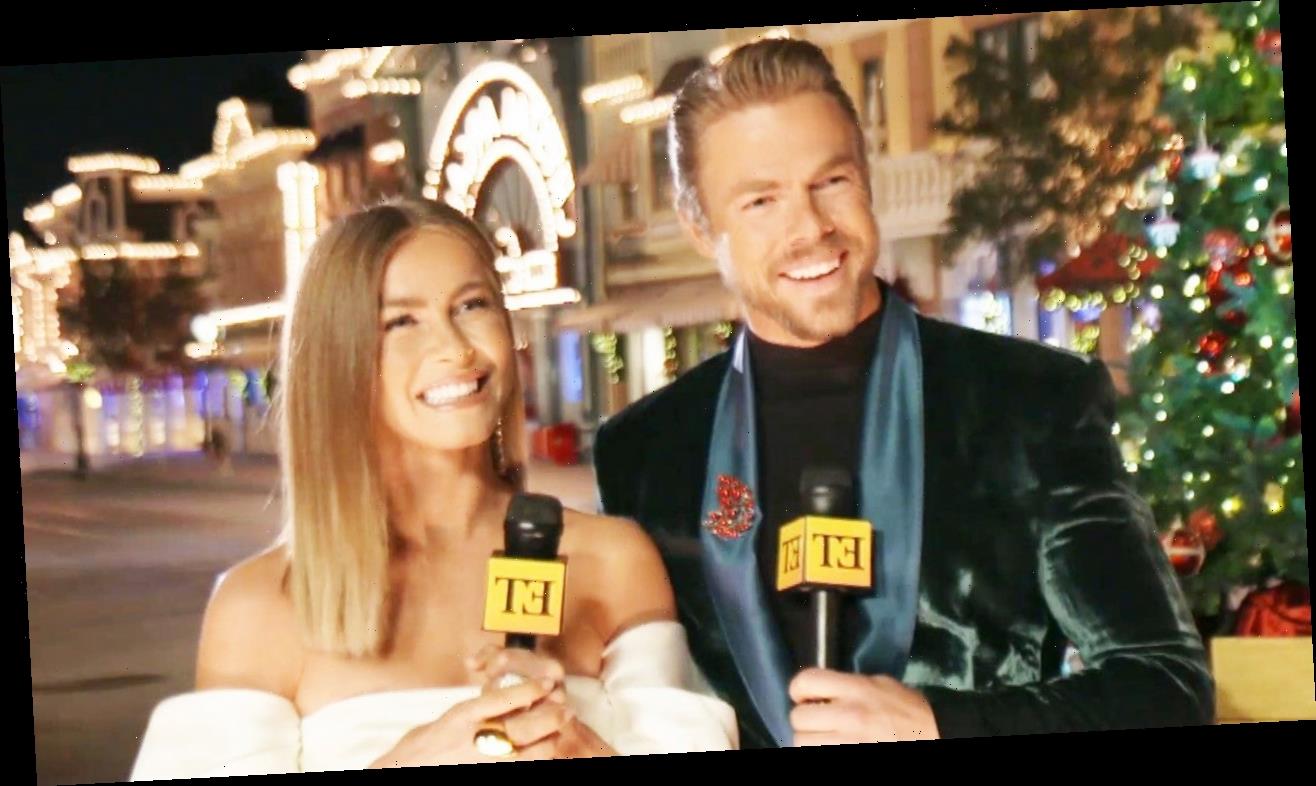 Derek Hough and Julianne Hough are ready to bring the holiday cheer to our TVs this week!

The professional dancers will be hosting and performing the opening number for the fifth annual The Wonderful World of Disney: Magical Holiday Celebration, airing Thanksgiving night on ABC.

“It’s crazy to think that we were the original hosts five years ago for this amazing celebration, and now we’re back,” Derek exclusively told ET. “It’s flown by. Five years has gone by so fast!”

“It really has,” added Julianne. “And to be back doing stuff with my brother again, this has just been magical.”

Derek and Julianne revealed to ET that they filmed their all-new performance in five different locations, with seven different costume changes.

“The performance that Derek and I are going to be doing, it’s a compilation,” Julianne teased. “We get to go around the park and have different experiences with the different lands and different costumes.”

Derek noted that their performance will include “some fun transitions,” including the music changing “each time we’re in a different place.”

“We’re working on some camera tricks and some angles that are just going to make it feel like there’s a lot of motion, a lot of movement, a lot of energy,” he shared. “It’s just Julianne and I dancing, and it’s going to be cool.”

“Over the past five years there have been so many amazing performances on this show, but one of them that I’m really excited about is Andrea Bocelli,” Julianne raved. “That performance is just magical. His voice is timeless and the song, in particular, is one of the most beautiful Christmas songs, I think.”

Derek and Julianne hope that the special will bring some joy into homes and smiles across their fans’ faces, especially in a year that hasn’t exactly been easy for anyone.

“Yeah, it’s just some fun,” added Derek. “It’s just a good time, some fun, some joy. So sit back, kick back, put on the TV and just have a good time!”

The Wonderful World of Disney: Magical Holiday Celebration airs Thursday at 9 p.m. ET/PT on ABC. In the meantime, be sure to catch Derek on the season 29 finale of Dancing With the Stars, Monday at 8 p.m. ET/PT on ABC. In addition to judging, he’ll be taking the stage to perform for the second time this season, this time solo!