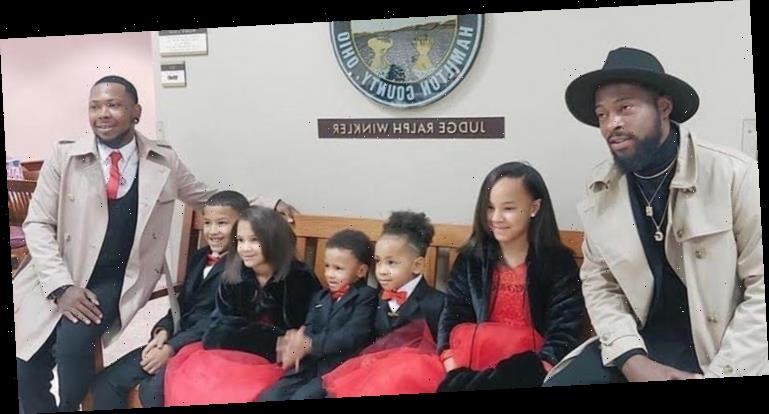 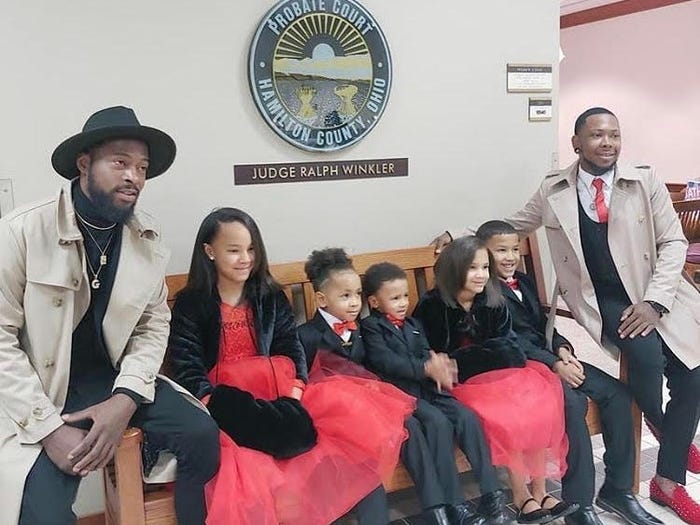 Robert Carter III, of Cincinnati, Ohio, has been parenting as long as he can remember. So he didn't have many concerns when he became a single dad to five kids in October.

"I can't say I had freedom to give up, because I've been raising kids my whole life," Carter, 29, told Insider.

Carter grew up in foster care, due in part to his parents' alcoholism. He and his nine siblings were separated into different foster homes, which he said was more painful than being removed from his parents.

The second Carter became an adult, he began trying to help other kids in foster care. At 18 he took custody of one sibling; at 21, he took custody of another. Then, he began helping non-relatives by becoming a foster parent. He took in about ten kids, including one little boy who he was planning to adopt. But when that child was returned to his biological mom, Carter was devastated.

"When he went home it broke my heart, even though I know that the point of foster care is reunification with the bio family," Carter said.

He decided to take time off from fostering while he healed emotionally, but something told him to say yes when a social worker called about three little boys in December 2018. It was supposed to be temporary, but three months later the boys were still living with Carter.

That's when the oldest — Robert IIII, now nine — began opening up to his foster dad. He never talked about his biological parents, but he started talking about two sisters. Carter reached out to the foster care agency and learned that the boys did, in fact, have two older sisters. He knew that the kids were entitled to visitation with their siblings, and began advocating for that.

It took a while to organize, but in June 2019 the kids were finally reunited for a visit. All five — Marionna, now 10; Robert; Makayla, eight; Giovanni, five; and Kiontae, four — were crying as they hugged and played.

"That's when I knew, I'm going to adopt them all," Carter said.

It took some convincing — initially the agency was worried Carter was too young to adopt all five — but a little more than a year later, on October 30, Carter officially became their father on the family's adoption day.

"When I was adopting my kids, I was thinking about them and me," Carter said. "I'm never going to have to worry about whether they are homeless, or are they hungry."

Despite having such a large family, Carter says that the transition to fatherhood has been easy

"They're great kids," he said. "I'm shocked it's this easy to be a single parent to five, but it's all because of my kids. It's a breeze."

Carter had some worries about raising two girls. But he reached out to his sisters for tips about navigating hormones, periods, and trouble with friends. As for the hairstyling, Carter can handle that himself — he's the owner of Ochae's House of Wigs in Cincinnati.

Carter's biggest surprise in the adoption process was how his story went viral. He's fielded calls from print and television media across the country. More importantly, he says, the foster care agency that he works with has said that their phone has been ringing off the hook with people interested in becoming foster parents.

"I am grateful that I'm able to help bring awareness to the fact that we need foster parents," said Carter. "If this stops right here where it is today, I'm happy that I've been able to reach, inspire and teach other people."

Now that the Carters are officially a family, Carter is looking to find a home they can grow into. He moved into a three-bedroom house with a nice back yard when he got custody of the boys.

They kids love making s'mores in the backyard, but when the girls moved in, the house suddenly felt a lot smaller, he said. Carter's cousin set up a GoFundMe to help the family purchase a home. Carter isn't sure when he'll buy a home, but he's thrilled to know that whenever he does, his kids will be there with him.

"As long as we're, together I don't care where we live," he said.