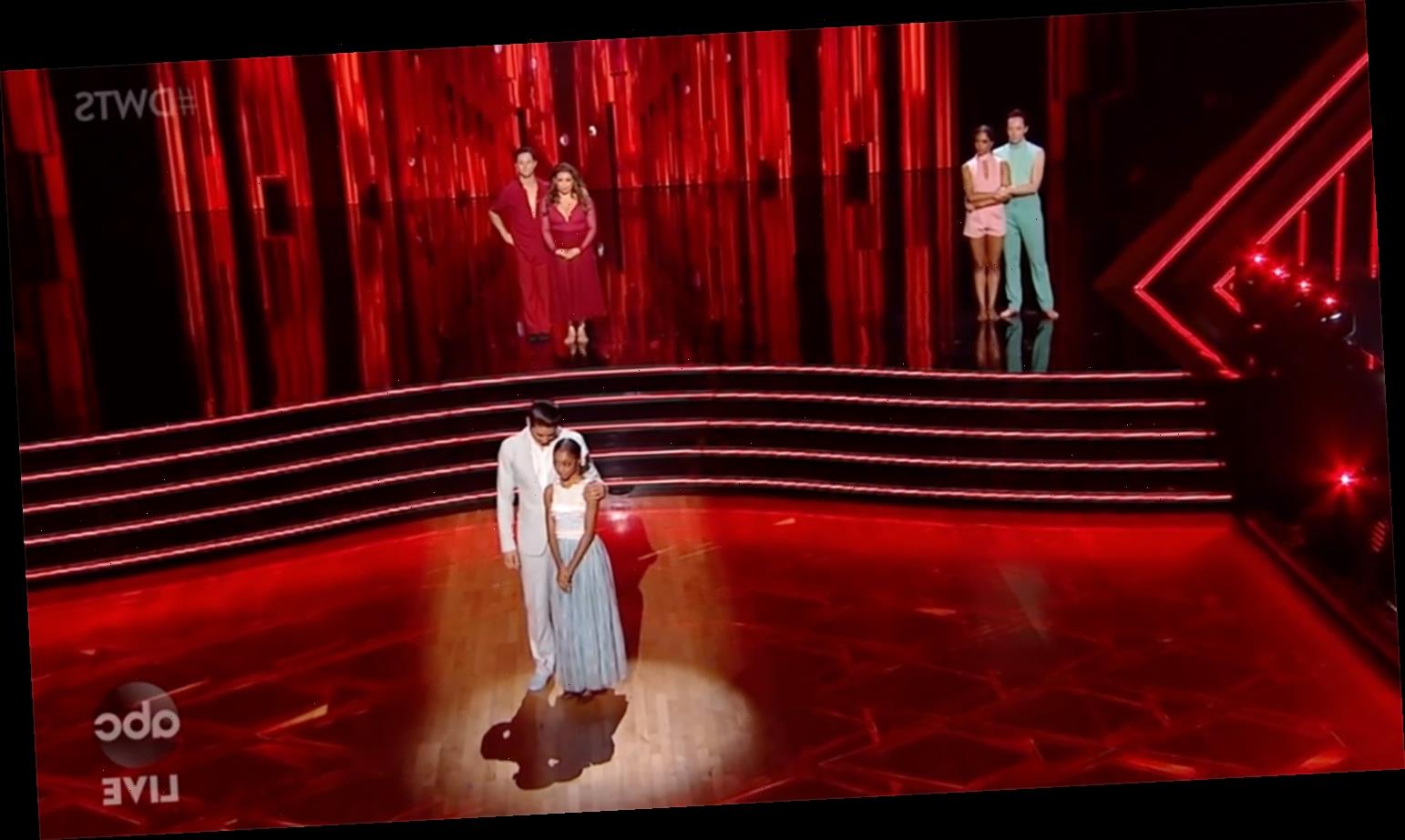 It's a Dancing with the Stars double elimination!

After performing two dances — first, a judge's redemption dance followed by a choreographed number in the second round — the pro figure skater and actress were sent home.

At the end of the episode, host Tyra Banks announced the three celebrities who would definitely be competing in the season 29 finale — Nelly, Nev Schulman and Kaitlyn Bristowe — before revealing Weir, Jackson and Justina Machado as the bottom three contestants.

Out of the remaining trio, the couple with the lowest combined total of judges' scores and viewers' votes was Weir, who was at the very bottom and the first to be eliminated.

"You know how hard they have worked. You guys have worked so hard this season. It's so sad to see you go," Banks said about Weir, 36, and pro partner Britt Stewart, who earned a 27/30 for their salsa and later a 30/30 for their jazz. Following Weir's elimination, Machado and Jackson joined Banks, 46, on the dance floor, where it was up to the judges to save one of the actresses. Ultimately, both Derek Hough and Carrie Ann Inaba chose to save Machado, 48, to proceed to the finale.

Though Bruno Tonioli wasn't needed to break a divided vote, he said: "I agree with my colleagues. We have to base our judgement over the season, and I agree with them. I love you both." During Monday's episode, Banks also teased what audiences can expect to see on the finale episode, including a dance from Hough.

"We've got the freestyles, we are crowing a new champion, we've got a spectacular dance performance by Derek Hough," said Banks. "Plus, whether Nelly stays in this competition or not, Nelly will be performing some of his greatest hits in this ballroom."

The Dancing with the Stars finale airs Monday at 8 p.m. ET on ABC.