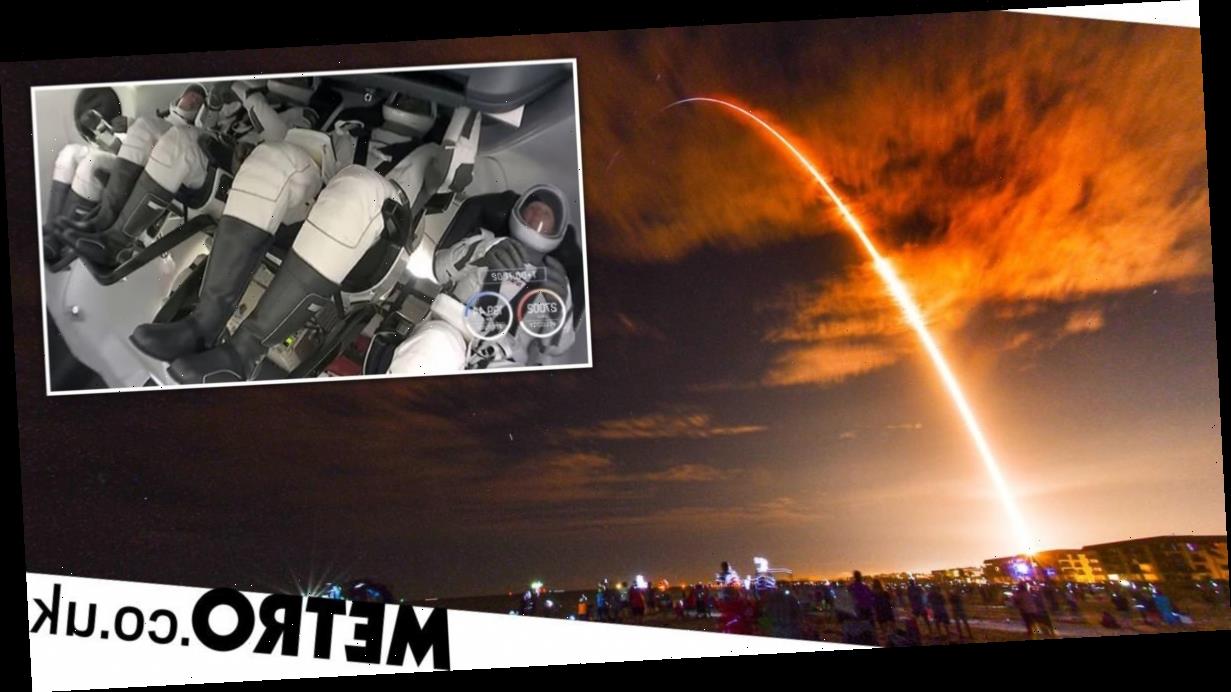 SpaceX has launched four astronauts to the International Space Station on the first fully fledged taxi flight for Nasa by a private company.

The Falcon rocket thundered into the night from Kennedy Space Centre at 7.27pm local time carrying the second crew to be launched by SpaceX.

The Dragon capsule on top – named Resilience by its crew in light of this year’s many challenges, most notably Covid-19 – is due to reach the space station early on Tuesday UK time and remain there until spring.

Sidelined by the virus himself, SpaceX founder and chief executive Elon Musk was forced to monitor the action from afar having tweeted he ‘most likely’ had a moderate case of Covid-19.

The flight to the space station – 27.5 hours door to door – should be entirely automated, although the crew can take control if needed.

US Vice President Mike Pence, chairman of the National Space Council, travelled from Washington to watch the launch.

‘I didn’t start breathing until about a minute after it took off,’ Mr Pence said during a stop at SpaceX Launch Control to congratulate the workers.

The four astronauts will be joining two Russians and one American who flew to the space station last month from Kazakhstan.

The space station soared over the launch site a mere half-minute before liftoff.

The first-stage booster is expected to be recycled by SpaceX for the next crew launch.

That is currently targeted for the end of March, which would set up the newly launched astronauts for a return to Earth in April.

MORE : SpaceX wants to impose ‘own legal regime’ on Mars when it gets there

MORE : SpaceX launch schedule: Every mission and rocket launch taking off in 2020