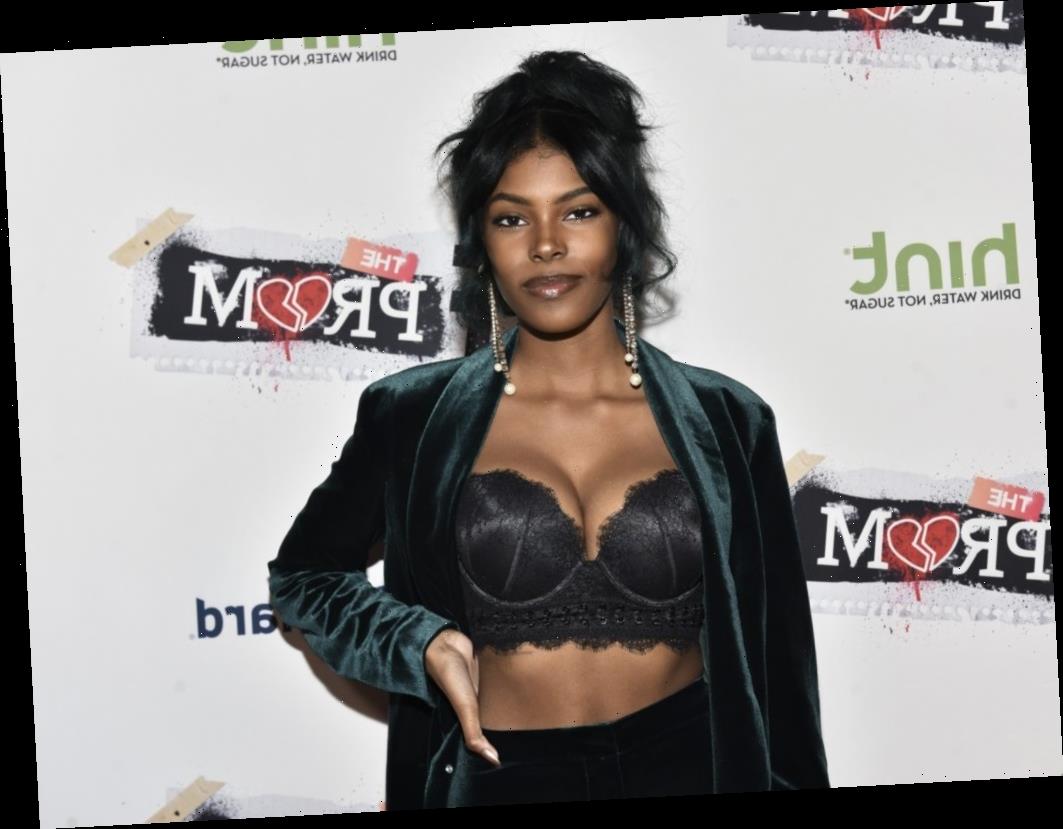 Now that Diamond White’s Paris Buckingham is now in town on CBS’s The Bold and the Beautiful, there is a lot to unpack about her character. Without a doubt, there are sure to be secrets in store and a lot of things about her that aren’t as they appear on the surface. In a new interview, White spoke about playing the character on the show and so much more.

White debuted on the show this week as Paris, the younger sister of Zoe Buckingham and the other youngest daughter of Reese Buckingham. Spoilers for the show indicate that she’ll shake things up, event potentially making waves in a possibly burgeoning relationship between her sister and Zende Forrester.

Fans are very receptive of the character so far and can’t wait to see what she brings to the table.

“This ❤️ triangle just turned into a square can’t wait to see it all unfold,” said one person on the show’s official Instagram post about her arrival.

Another person said, “I’m loving the melanin on the show!Maybe it’s a good time to audition, I’ve been a fan 20 plus years!!”

There have been rumors that Zende and Zoe could get together and Paris would be an interloper. However, White presents a different perspective. Paris is for Zoe and Carter being together, which opens the door for Zende and Paris to develop a connection without coming into something. She spoke about this, as well as more things about the character, in a recent interview with Soap Opera Digest.

“Paris really likes Zende,” she said. “She is super-flirty with him. She’s trying to get him to like her and I think they do like each other because he has some cute little remarks about how she should be a model. Right now, they’re trying to get to know each other, but she thinks Zoe and Carter are a great fit; when it comes to Zende, I think Paris hopes there might be a future there.”

“Usually there is some secret that won’t be revealed until it’s revealed — especially since Paris hasn’t been talked about at all,” White added. “It’s like, ‘Where did she come from? Why is she here now?’ That’s something that we are going to find out, but our introduction to her is very sweet and innocent.” “She comes in and interjects this big energy.”

We’re sure to find out a lot more about Paris’ backstory in the coming weeks. The Bold and the Beautiful airs weekdays on CBS.