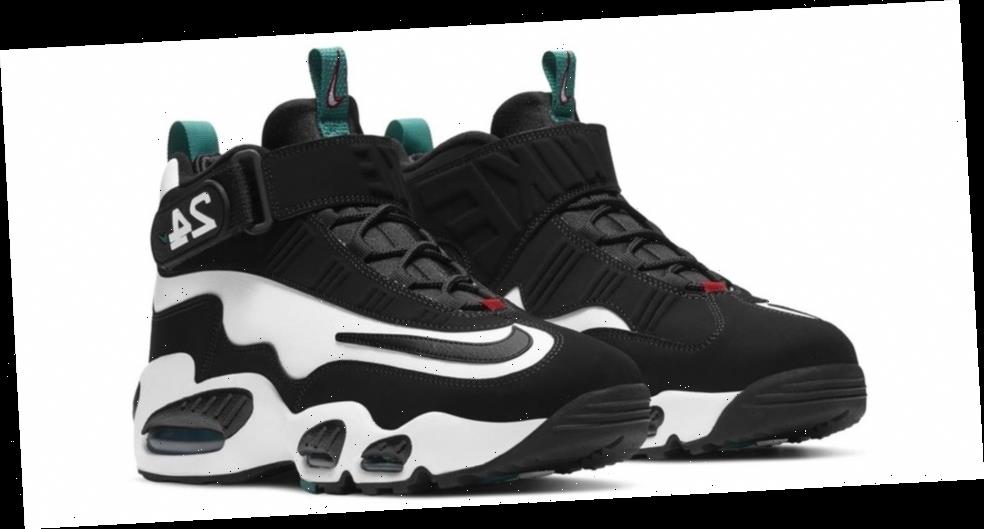 Ken Griffey Jr. was the most electric player in all of baseball during the ’90s, and his signature Nike footwear was just as compelling thanks to models like the Air Griffey Max 1. First released in 1996, the Griffey Max 1 has since become a Nike Sportswear classic and now it’s set to return in “Freshwater” — its most popular colorway — to celebrate its 25th anniversary.

Last retroed in 2016 when Griffey Jr. was elected into the Baseball Hall of Fame, the “Freshwater” draws its eponymous accents from the cool aqua hues of ’90s Seattle Mariners uniforms. Although it’s used infrequently, this rich shade makes a potent statement on heel and tongue tags, heel Swooshes, and the midsole’s Air Max 95-esque cushioning setup. Of special note, however, is its placement in the outsole’s “flaming” baseball logo and on the small rubberized Swoosh behind Griffey’s #24 on the collar strap’s anchor system.

The remainder of the build calls upon a white leather base, wavy black nubuck overlays, a large strap with an embossed Nike logo, a black toebox Swoosh and neoprene tongues. Pops of red are worked in as well for a little high-temperature flair. The finishing touch is provided by modernized insoles, teal with Griffey’s signature Swingman logo done up in white and a clever “24EVER” text hit.

Although an official release date has yet to be announced, the Nike Air Griffey Max 1 “Freshwater” is slated to release in the first quarter of 2021.