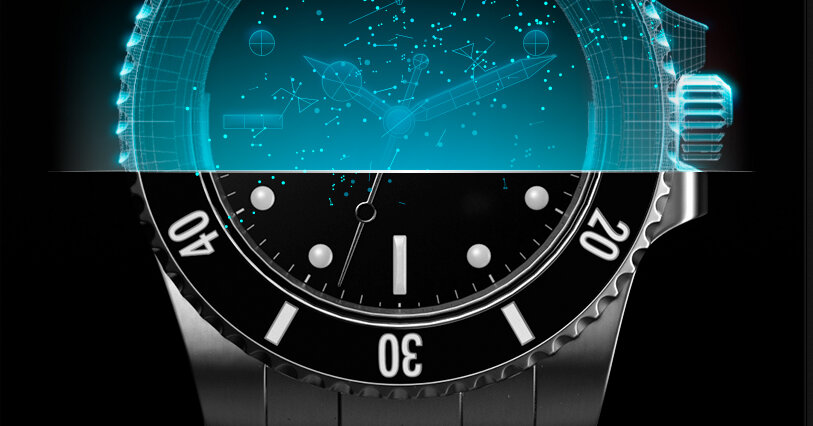 There was a time not all that long ago when bank tellers would record transactions by writing in clients’ passbooks. Technology, of course, has revolutionized all that — and more.

But, as the world has gone paperless, the authentication of a watch is still largely done in the traditional way: producing the original box and the paperwork from the first sale.

So even though hundreds of millions of watches are in circulation, their authenticity, provenance and repair or resale history generally are established with actual paper trails. Lose that receipt, authenticity certificate or warranty booklet and the value of the watch may decrease, even though such documents can be subject to tampering, error or forgery.

To lessen the uncertainties, some watch brands have been developing ways to establish the identity of their watches by relying on blockchain, the database technology used for tamper-proof storage of digital information that is accessible to all.

Breitling, for example, announced that its new watches sold after Oct. 13 would come, in addition to the “box and papers,” with a digital passport to allow owners to prove authenticity and ownership. Vacheron Constantin introduced its own digital certification process in May 2019. 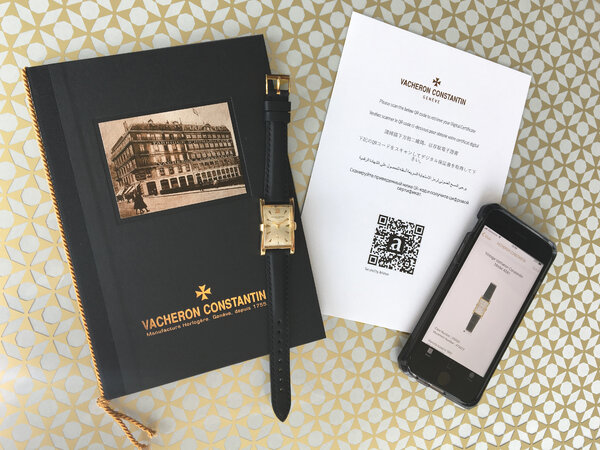 And earlier this year, the founders of the online marketplace Tradeewatches debuted Watch Certificate, a steel card with a QR code that links a watch to its digital certificate on the blockchain.

But in September, Origyn, a nonprofit foundation based in Neuchâtel, Switzerland, announced that it was taking data digitalization a step further.

“Origyn offers a digital certification system that allows any user to authenticate any luxury product immediately with a high-resolution photo taken with a smartphone,” said Vincent Perriard, a co-founder of Origyn and former chief executive of the watch brand HYT. The company plans to introduce the Origyn app in mid-2021.

“The biometrics of the watch become its own certificate of authenticity,” Mr. Perriard said.

The app, which he called a kind of Shazam for watches, would eliminate the use of markings like an engraved inscription or documents like a brand certificate in establishing authentications, the company said.

“Three elements needed to come together to make this technology possible: artificial intelligence, smartphones and the high-resolution camera,” Mr. Perriard said. “It’s serendipity that we have all three.”

In addition to the photo analysis, other information would be added to the watch’s history and kept on blockchain.

When a customer buys the watch, Mr. Perriard said, “the purchaser’s information is entered by the brand using its own customized app, ‘powered by Origyn.’

At each future transaction, the owner has a code to add a new owner’s name or any other data like an insurance policy.”

(The Watch Scanner, a feature on the app used by Chrono24, an online watch seller, employs similar facial recognition technology to allow users to compare their watches against 15,000 models on its database for identifications and to search for estimated values, but it lacks a blockchain authentication process.)

(The bank teller anecdote at the beginning of this article was part of Mr. Schwartz’s TED Talk in 2016 on blockchain innovation.)

Experts said that digitalized certification would provide the watch industry with new tools to combat counterfeiting.

“A fake is not just a $50 watch you buy in Bangkok or on Canal Street,” said Pierre-Antoine Racine, a former head of the Federation of the Swiss Watch Industry’s task force against counterfeiting. He is the founder of Griffes Consulting, a Geneva-based intellectual property specialist that was retained to register Origyn’s name and patent.

“It is also the sophisticated ‘super fakes’ that are much harder to detect,” Mr. Racine said.

“With Origyn’s app, anyone can see if someone is wearing a fake watch,” he said. “It will help the fight by adding social pressure.”

The primary attraction of Origyn’s app, Mr. Perriard said, is that it is technologically advanced yet easy to use.

For their digital certifications, Breitling and Vacheron Constantin worked with Arianee, a technology consortium based in Paris, relying on what the consortium calls the “universal open-source protocol” for creating “digital identities.” It requires an owner to use a smartphone to scan an electronic card that comes with a new watch, triggering the download of an encrypted digital wallet that stores information about the watch, including its serial number and warranty information.

“Breitling moved at incredible speed to implement its system,” said Pierre-Nicolas Hurstel, founder and chief executive of Arianee. “In 2021, we expect to see a huge acceleration with other brands launching our technology.” Arianee lists Richemont (which owns brands like Cartier and Piaget) and watchmakers including Audemars Piguet, MB&F, Manufacture Royale, Roger Dubuis and March Lab among its consortium members.

However, Mr. Perriard said, “all the other solutions out there require something outside the watch to work, like scanning a card. We just use the watch itself.”

Origyn now needs brands and large resellers to adopt the app, which it says will be provided free. It does anticipate there will be fees for owners who want to get their pre-owned watches photographed and into the system — but, as a nonprofit, Origyn intends to use any money to improve its technology, while brands may use their share for research and development or other costs.

Mr. Perriard said he would spend the next few months introducing its technology across the industry so the app could be customized to meet brands’ specific requirements.

“Our goal right now is to find ways to satisfy the brands and the users,” Mr. Perriard said. “Our technology is ingenious — we just need time to show everyone that it works.”