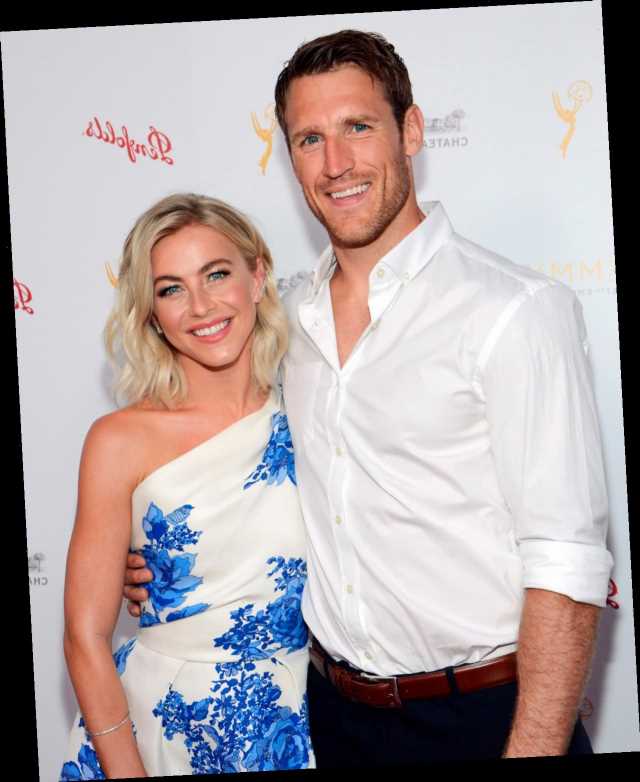 Despite their efforts, Julianne Hough and Brooks Laich couldn't seem to make their marriage work.

Hough officially filed for divorce from Laich on Monday, according to documents obtained by The Blast, five months after announcing their separation. Though they had continued working on their relationship post-split, a source tells PEOPLE they were ultimately on different pages when it comes to their future.

"They were trying to get their marriage to work for a long time," says the source. "They both made many changes and compromised, but it just wasn't enough. They don't have the same vision for the future."

Reps for Hough, 32, and Laich, 35, have not responded to PEOPLE's requests for comment.

While Hough has yet to publicly address the divorce filing, she posted a quote on her Instagram Story about trusting in one's decisions.

"May your choices reflect your hopes, not your fears," she shared on Monday. The former couple initially announced their plans to separate in May.

"We have lovingly and carefully taken the time we have needed to arrive at our decision to separate," they said in a joint statement at the time. "We share an abundance of love and respect for one another and will continue to lead with our hearts from that place. We kindly request your compassion and respect for our privacy moving forward."

Their split came after multiple sources had told PEOPLE that the pair had hit a rough patch in their marriage. They had also been social distancing separately during the COVID-19 pandemic, with Laich in Idaho and Hough at home in Los Angeles.

"There is honestly no ill will. He loves her. She loves him. I can truly say they always will," a source told PEOPLE at the time. "But they both understand they are not meant to go through their lives as husband and wife to each other."

But throughout the separation, the two remained friendly and continued to spend time together, particularly in recent months. In June, Laich celebrated his birthday with Hough's brother Derek, and he was also present at a pool party celebrating his wife's birthday in July. The exes were also spotted grabbing lunch together in Los Angeles in August.

"Brooks really still wants to make it work and she's considering it, but taking her time," a source said after their lunch date. "He's open to whatever it will take."

"Julianne likes the idea of freedom but doesn't want to lose such a good, solid guy," the source added. "Everyone who knows him knows how grounded and great he is. Her friends and family don't want her to lose someone like that."

In September, the duo vacationed together in Coeur d'Alene, Idaho, which is where they wed in 2017. A source told PEOPLE at the time that the two were "definitely working on their marriage again."