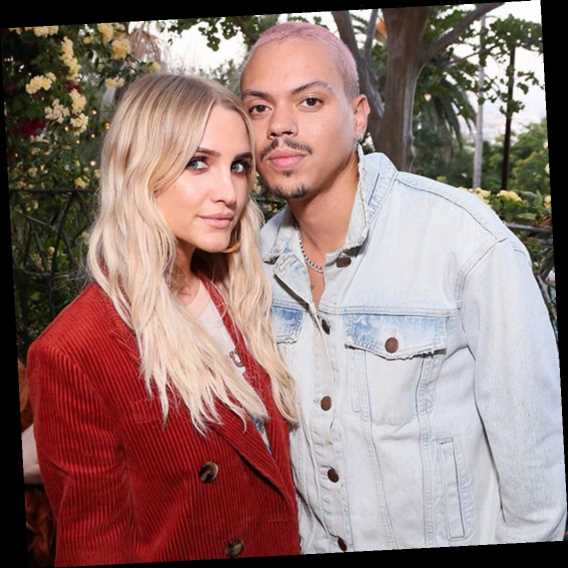 Ashlee Simpson Ross and Evan Ross welcomed a baby boy on Oct. 29. Scroll on for exclusive details on the couple's first few days with son Ziggy.

The "Pieces of Me" singer gave birth to her third child, her second with husband Evan, on Thursday, Oct. 29. The couple announced their baby boy's arrival on Instagram over the weekend, with Ashlee telling her followers, "Our sweet boy has arrived! I'm over the MOON we are so Blessed!" Alongside a photo of baby Ziggy, Evan also shared with his social media followers, "I'm in heaven."

So, how are Ashlee and Evan spending the first few days with their baby boy?

"Ashlee has been resting and spending time with Evan and her family since returning home with the baby," a source tells E! News. "The two of them are so happy, full of love and eagerly doting on baby Ziggy."

"Ashlee's pregnancy was relatively easy," the source notes. "Ziggy arrived right on his expected due date, and free of any complications."

As the world continues to take precautions amid the ongoing coronavirus pandemic, the insider shares that Evan was able to be with Ashlee during the birth. "Some family has met the baby, however, everyone is being cautious because of COVID," the insider explains, adding that Ashlee's sister Jessica Simpson is "so happy" that her daughter Birdie will have a playmate close in age.

The source adds, "Since Ziggy and Birdie's siblings are quite a few years older, Jessica and Ashlee are looking forward to the two of them growing up together."

As fans may recall, Ashlee, 36, and Evan, 32, said "I do" in 2014 at on his mom Diana Ross' estate. The legendary singer also officiated the couple's wedding. For the ceremony, the bride was accompanied by son Bronx down the aisle while sister Jessica served as her maid of honor.

In August, Ashlee and Evan took to social media to share sweet tributes on their anniversary. Alongside wedding photos, Ashlee wrote, "Happy Anniversary my forever love." Evan also shared a picture from the special day, writing to his wife, "HAPPY ANNIVERSARY BABY!!! I love you beyond words can explain! You changed my life on this day and forever! 8.31.2014."