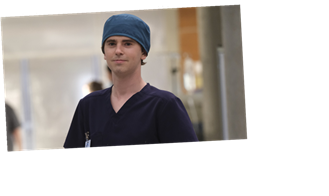 When The Good Doctor begins its latest chapter, Shaun Murphy and the doctors at San Jose St. Bonaventure Hospital will be in the middle of a pandemic. The two-part season 4 premiere, which begins Monday, puts COVID-19 front and center as the team navigates uncharted territory in adapting to the shifting safety protocols and quarantine guidelines due to the pandemic.

“Times have certainly changed since we last saw these doctors and we wanted to reflect that reality in season 4,” star and producer Freddie Highmore told ET on Friday. “The first two episodes deal very much head-on with the pandemic and how our doctors in the hospital… have they been dealing with it over the course of several months, from the very beginning to where we are today.”

“It felt important to us to pay tribute to the real-life health care professionals to the first responders to the doctors to everyone who has been genuinely dealing with this and putting their lives at risk as it’s been put into very clear perspective, only have to pretend to do it on television. It felt very important to pay homage and to pay tribute to them,” he continued. “Even in those first two episodes, it’s also about finding hope and looking towards a future where we can get back to. It won’t ever get back to normal, but get back to some sense of normal. That’s been important for us too, to continue to find those little helpful moments in life even amongst dark times that the show has always been very good at doing.”

The 28-year-old actor said incorporating COVID into the new season has opened his eyes even wider to the significant role doctors, nurses and first responders have played throughout the pandemic.

“It’s entirely changed the way that I think,” Highmore said. “There was a slight sense doing this show or an awareness of it must be entirely different and completely insane to be doing these surgeries and working on these cases that we only pretend to do, and you can’t really imagine what it’s like. As everyone has, it’s a greater sense of awareness and gratitude for what real-life doctors have had to go through — and not just recently. But it puts it into perspective in the entirety of the last few years and ever since we’ve been working on this show. It is really remarkable what they have to go through.” 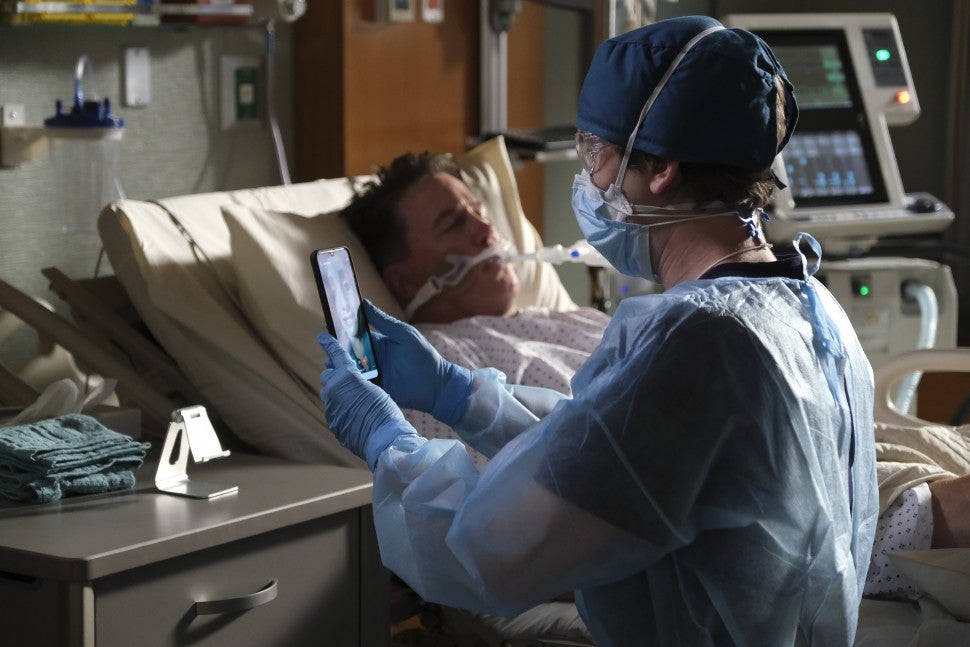 In the two-part premiere, Shaun (Highmore) treats a patient who has been infected with COVID-19. As they struggle to understand and get ahead of a constantly evolving virus, Shaun has a difficult time balancing his fears and concerns about potentially jeopardizing Lea’s (Paige Spara) health and being with his girlfriend.

“That’s definitely a challenge for Shaun and Lea at the beginning of season 4. Now that they’ve just about figured out that the two of them want to give their relationship a go and move it past the early stage of a relationship into something a little bit more mature, there’s a much bigger obstacle that comes up and is put in their way,” Highmore said. “It will be challenging for them as they try to embark on a relationship amidst a pandemic.”

“But that’s something that everyone has been dealing with and feels very relatable, whether it’s a romantic relationship as it is with Shaun and Lea at this moment in time, or whether it’s those platonic relationships and close friendships and how we’ve all been reevaluating them,” he added. “And I think also reevaluating the people we choose to spend time with now that we have a forcibly close group of people, I think all of the doctors on the show are thinking, ‘Well, who is it that I want to spend my time with? Is it worth including this person in my bubble or not?'”

The sudden death of Dr. Neil Melendez (Nicholas Gonzalez) will also be felt this season, as Dr. Claire Brown (Antonia Thomas) attempts to grieve her loss.

“I know lots of people are very disappointed in that and sad about that and we are very sad about that too. To say that that’s the last time we’ll ever get to see him on the show, I guess I’ve already said enough in terms of a tease, but certainly we will be dealing with the aftermath of his death,” Highmore shared. “How that’s affecting other people and the other characters on the show, so his presence is certainly still going to be around for a little bit longer.”

The Good Doctor premieres Monday, Nov. 2 at 10 p.m. ET/PT on ABC. For more on the ABC medical drama, watch the video below.

'The Good Doctor’: Freddie Highmore on How Much Actual Surgical Skill He’s Picked Up From the Show

To stay up to date on breaking TV news, sign up for ET’s daily newsletter.