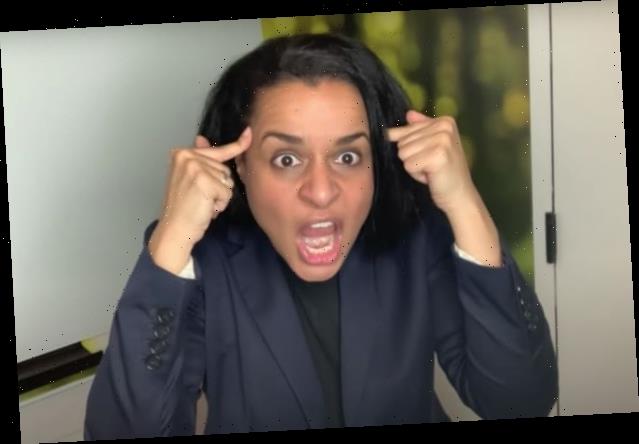 Comedian Sarah Cooper is very confident that President Donald Trump has seen her mocking videos of him and she’s equally positive he “hates” them.

“A journalist actually asked him a few months ago if he’d seen my videos and Trump said — he played very dumb, which is weird for Trump because I mean, it’s like, when is he playing dumb, right?” she told Ellen DeGeneres in a new interview out Monday.

She continued, “He acted like he’d never heard of me, never seen the videos. He was like, ‘Are they positive?’ He was very confused. So I think he’s definitely seen them. I think he’s definitely seen them and I think he probably doesn’t like them at all. He hates them so much that he won’t even attack me. I’m a very attckable person from Donald Trump and he hasn’t said anything about me, so he must really hate the videos.”

As for what will happen if Donald Trump doesn’t win re-election Tuesday, Cooper said she’s not worried about losing her source material.

Sarah Cooper rose to prominence for her videos, which show her lip syncing things the president says on any given day. She recently debuted her first Netflix special and appeared at the DNC.

Watch her interview with DeGeneres above or click here.