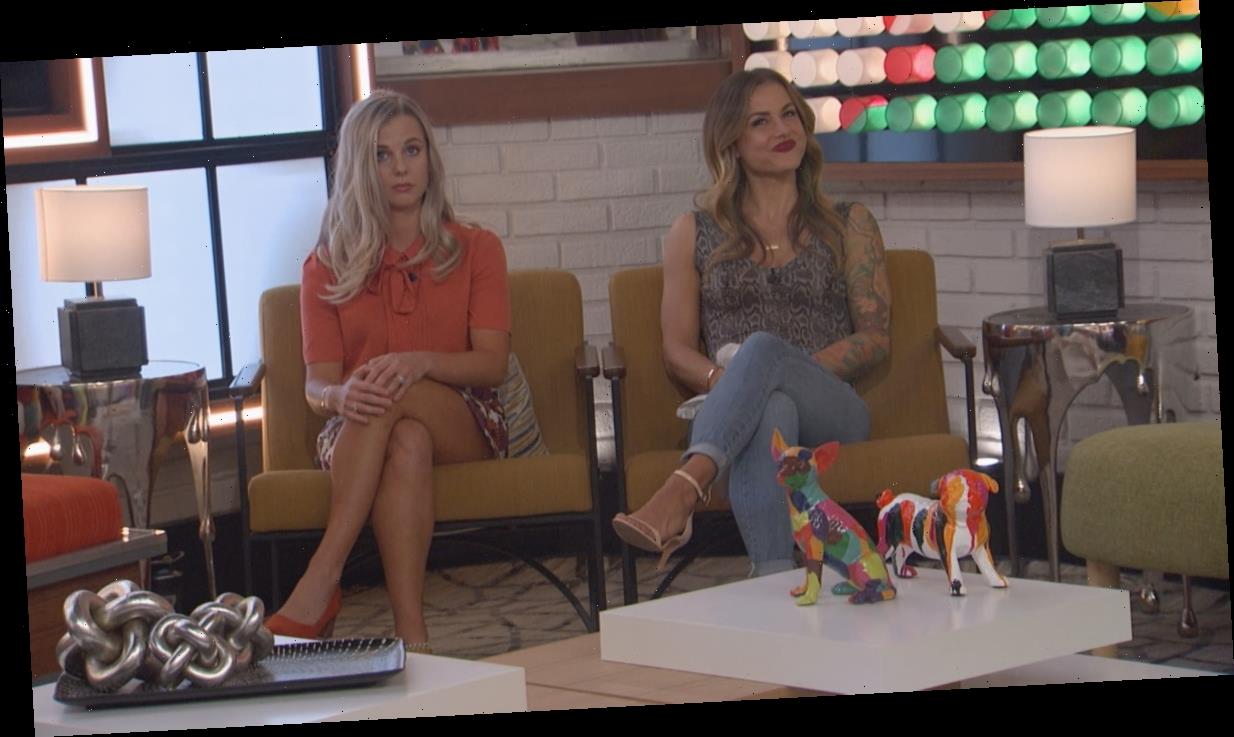 Janelle and Christmas were both a part of the Big Brother All-Stars 2 cast, where Janelle made several attempts to be in an alliance with Christmas in order to keep Nicole Anthony in the house.

Any friendship outside of the house may now be impossible after Janelle posted an Instagram comment that was allegedly left by Christmas’ mom this weekend.

Based on the comments that Janelle shared from Christmas’ mom, many Big Brother fans have already stated that she went too far.

What did Christmas’ mom say to Janelle?

Below is an image of a message that Janelle copied and shared on Twitter, where it shows some really negative comments being made by a person that Janelle identifies as Christmas’ mom. 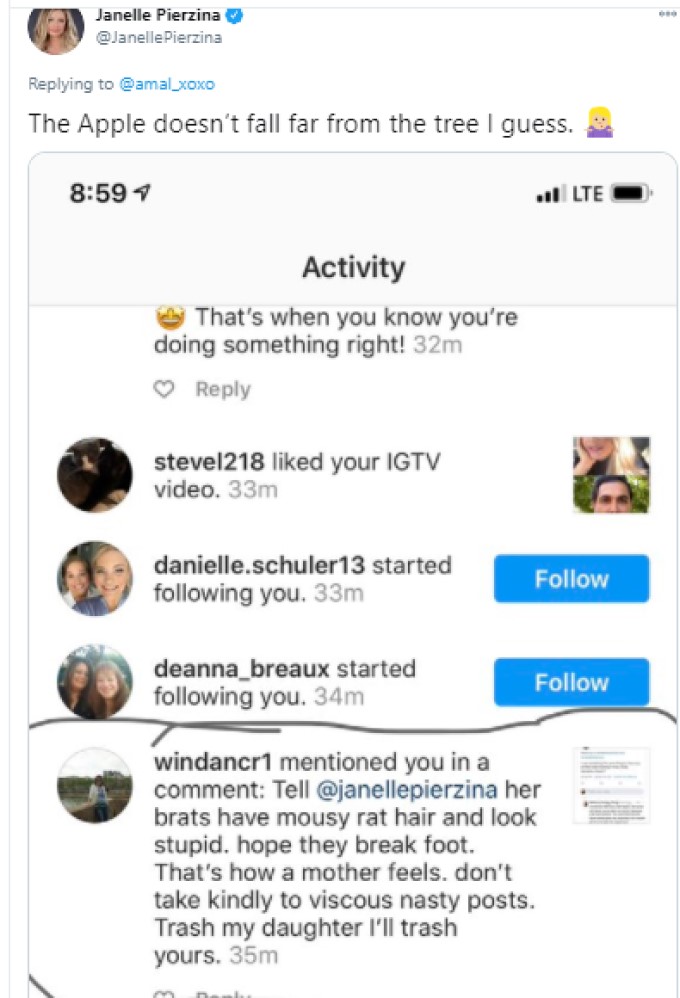 Why did this person attack Janelle’s kids?

First, it’s important to point out that Janelle has a six-year-old daughter and an eight-year-old daughter. Those two little girls aren’t going to be coming online to defend themselves anytime soon, and it is clear that this social media user is wishing harm upon two really young kids.

Previously, we reported on some comments that Christmas made from inside the Big Brother house before she was going to nominate Bayleigh Dayton and Da’Vonne Rogers for eviction.

In different conversations seen on the live feeds, Christmas tried to gain sympathy and support by claiming she was worried that she was going to “get shot” and be “cut” by Bayleigh after the Nomination Ceremony.

Below is a combination of the clips that have been shared on social media for anyone who needs a reminder of what Christmas said.

Da’Vonne Rogers was alerted to those videos after she made it home, following the Big Brother 22 season finale. On a social media post that showed Christmas making those comments, Da’vonne wrote, “I was and AM fully aware of the one foot felon.”

Da’Vonne’s post led to Janelle writing, “I’m still over here laughing about Da’Vonne calling Christmas a One Foot Felon. it’s literally the tweet of the day and If post show is this good I may stick around #BB22.” 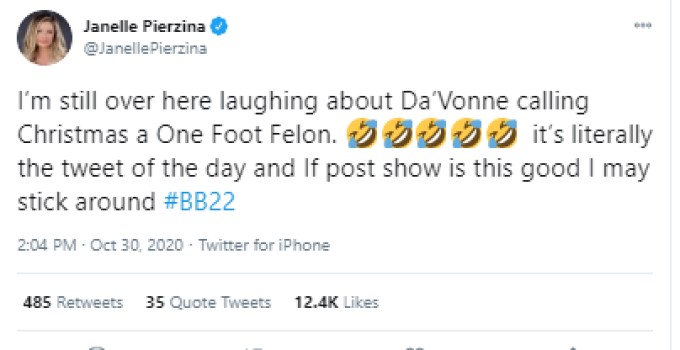 It was after Janelle’s laughter post that she claims Christmas’ mom sent her the message on Instagram. Since then, we have seen no attempts by Christmas to publicly address what her mom allegedly stated.

The last social media post coming from the Twitter account of Christmas Abbott was a request for fans to vote for her to become America’s Favorite Houseguest.

As we all know already, it was Da’Vonne who won AFH on Big Brother All-Stars.

And speaking of Da’Vonne, it seems her friendship with Kevin Campbell ended in a heated argument.