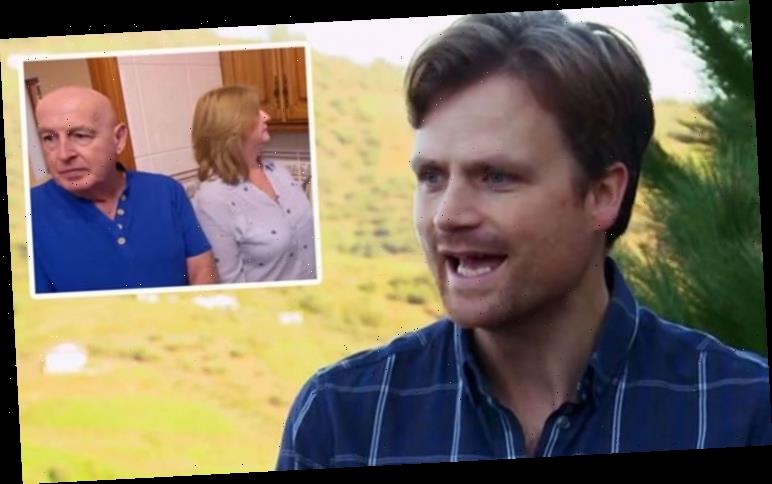 Ben was on hand to help Tracey and Stephen from Staffordshire find their home away from home in the Spanish region of Malaga. The couple were looking to make a permanent move to the European sunshine destination and they told the A Place in the Sun host they had a budget of £100,000. However, the husband and wife duo were at odds about bringing their tortoise along with them and the Channel 4 programme host was rather confused as to why Stephen was so opposed to moving their pet abroad.

The moment came as Ben was asking the pair about what kind of things they were looking for from their dream property. with no viewings having yet been conducted.

As well as the establishment needing to be as close to their budget as possible, having magnificent views and at least three bedrooms, Tracey explained she would like some extra room for the tortoise.

Stephen was less than impressed with his wife’s admission and it was clear from his facial expressions he wasn’t happy.

With the couple arguing in jest about their opposing views, the presenter stepped in as he was rather confused by the disagreement.

“What’s so offensive about a tortoise?” he asked, with both replying their pet did tend to have a “vicious” nature to him. 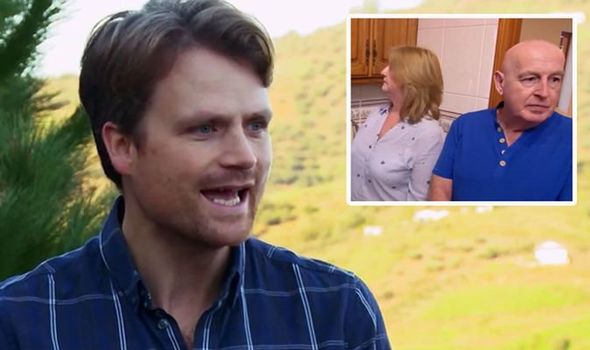 Trying to offer a compromise, Ben then asked Stephen if the tortoise having separate accommodation would help matters.

The potential holiday homeowner then replied it would be better if his pet stayed in England where the rest of the couple’s family were living.

Once the presenter finally got his head around the argument, he then began the viewings, with property one holding some gravitas.