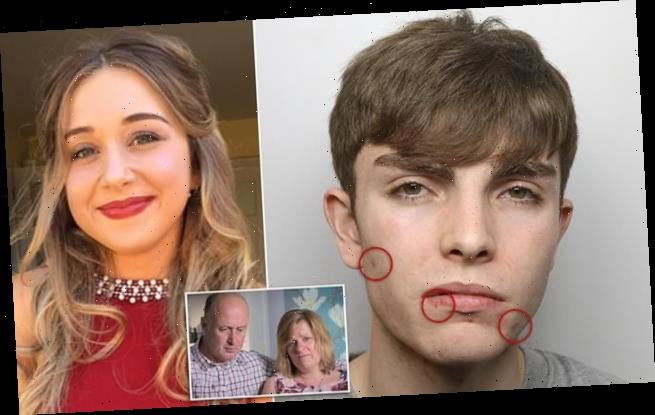 The scratches that caught a killer: Police reveal how facial wounds gave away teenager, 17, who tried to spin a web of lies after stabbing his ex-girlfriend Ellie Gould to death

A police officer has revealed how a killer tried to cover his tracks after stabbing his ex-girlfriend to death – adding that it was the scratch marks on his face that gave him away.

On 3rd May 2019, the sleepy Wiltshire town of Calne was rocked by the murder of 17-year-old schoolgirl Ellie Gould.

Her killer, Thomas Griffiths, also 17, had until the day before been Ellie’s boyfriend. But after three months together, Ellie, who dreamt of joining the mounted police, decided to break off the relationship to focus on exams on May 2.

The following day, Griffiths went to Ellie’s house and murdered her in a frenzied attack, left the knife in her hand to make it look like she had killed herself, and then abandoned her in a pool of blood on the kitchen floor while he went back to school.

In the brand-new series of Quest Red’s Britain’s Deadliest Kids, Detective Superintendent Jim Taylor, who led the investigation, remembers how a callous Griffiths attempted to lie himself out of the situation. 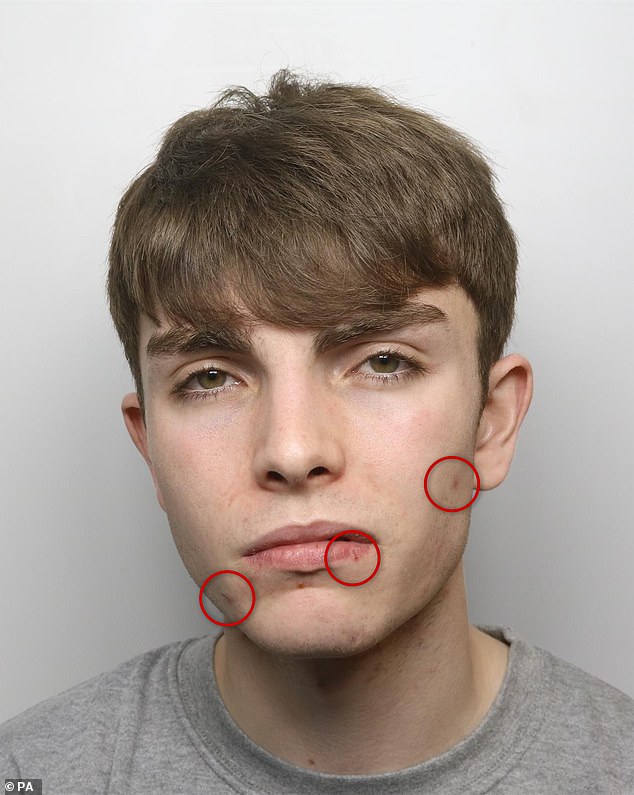 A police officer has revealed how killer Thomas Griffiths (pictured), 17,  tried to cover his tracks after stabbing his ex-girlfriend to death  – adding that the scratch marks on his face that gave it away 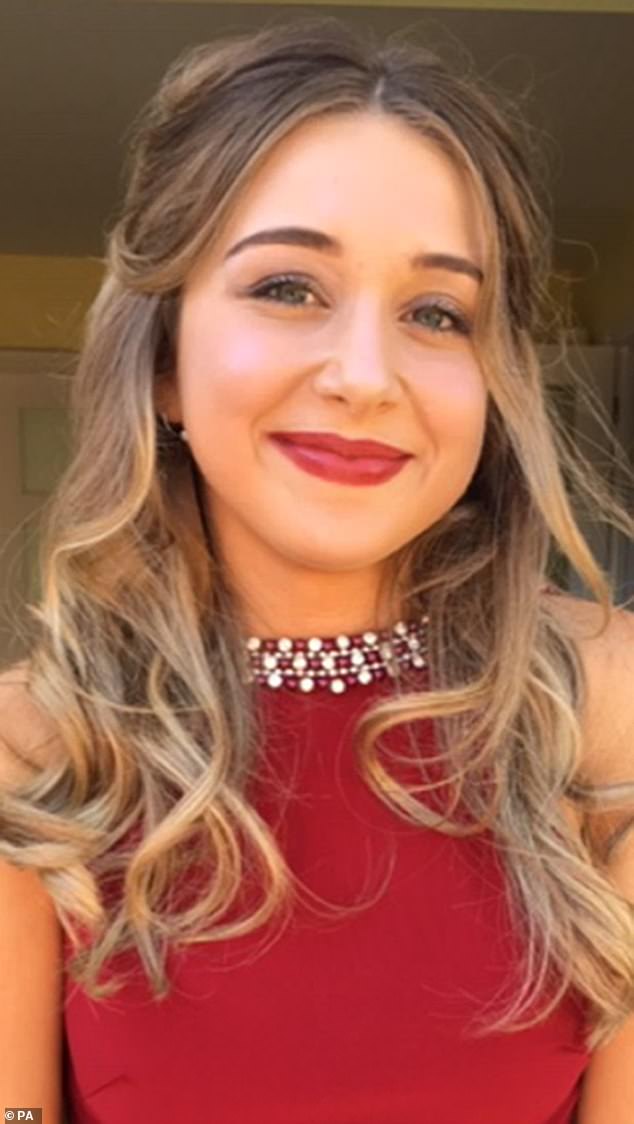 On May 3, Griffiths went to Ellie’s (pictured) house and murdered her in a frenzied attack, left the knife in her hand to make it look like she had killed herself, and then abandoned her in a pool of blood on the kitchen floor while he went back to school 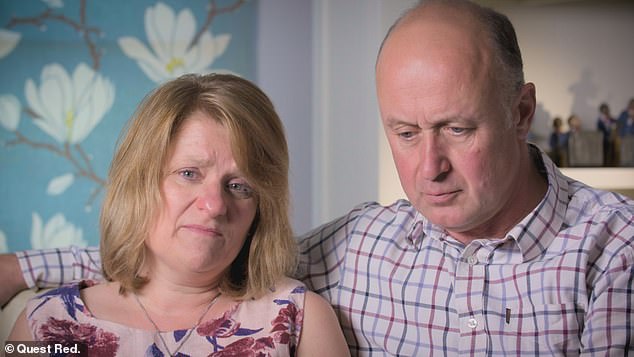 In the documentary, Ellie Gould’s parents (pictured) pay tribute to their ‘beautiful and loving’ daughter and have called for stricter sentences for teen killers

‘When he was seen by officers, he was displaying marks, fresh marks down his face, which looked like scratch marks,’ he explains. ‘They looked like classic defence wounds and based on that quite rightly he was arrested on suspicion of murder of Ellie Gould.’

‘His initial kind of response upon being arrested was ‘is my girlfriend ok, I haven’t seen her today? So he is immediately already trying to lay the foundations down of his lies and deceit.’

Griffiths initially claimed he had not seen Ellie that day but admitted his actions three weeks later when faced with overwhelming evidence by police.

At the time, Detective Chief Inspector Jim Taylor said the defendant’s account began to ‘fall to pieces’ after police pieced together CCTV footage of his car driving towards Ellie’s home and the location services on his iPhone. The WiFi router at his home also documented when he arrived and left.

For the murder of Ellie Gould, Thomas Griffiths was jailed for a minimum of 12 and a half years; he could be eligible for parole before his 30th birthday.

But, as Ellie’s parents Carole and Matt Gould vehemently argue, the sentence does not reflect the severity of the crime committed. 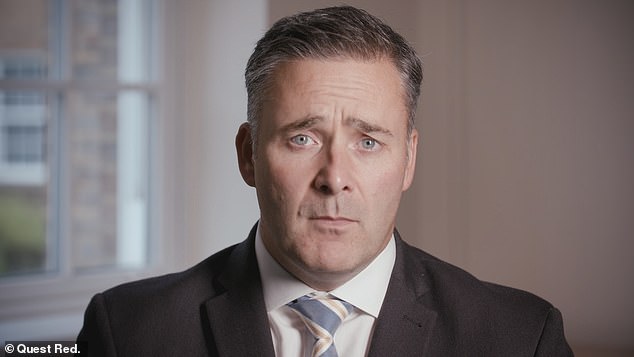 Detective Superintendent Jim Taylor (pictured), who led the investigation, remembers how a callous Griffiths attempted to lie himself out of the situation 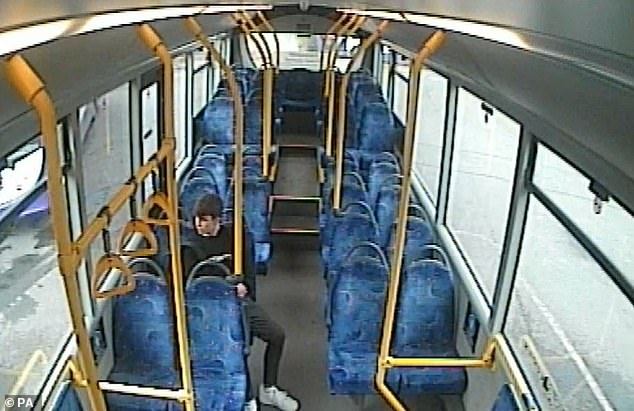 Thomas Griffiths was seen on CCTV catching a bus home to murder his former girlfriend Ellie Gould at her home in Calne, Wiltshire, on May 3

‘How can one person cause so much damage, complete devastation to us, Ellie’s family, such deep emotional scarring to all her friends, to our friends, to the wider community, cause so much damage to so many people, and the punishment for that is 12 and a half years. It’s wrong,’ Carole says, as she and Matt speak out for the first time together on national television,

Griffith’s sentence reflects that in law he is treated as a child, not an adult. Since Griffith’s conviction, Ellie’s parents have been campaigning tirelessly to have that law changed.

Timeline: What happened on the day of the murder?

1. Griffiths was driven to school by his mother

2. He secretly returned home by bus

3. Illegally drove a Ford Fiesta to Ellie’s house, where he arrived at 10.58am

4. Stabbed her to death and messaged a friend saying she wasn’t going into school that day

6. Ellie’s father found her dead at around 3pm.

‘Somebody a day off their 18th birthday cannot be treated the same way as a 10-year-old in terms of sentencing. I’m just flabbergasted that a high court judge and top barristers in this country think that was correct, it just does not make sense,’ Carole continues.

Carole and Matt want sentences for domestic homicide to be treated in the same way as other homicides, as well as arguing against the ‘smart sentences’ loophole that could let domestic murderers, like Thomas Griffiths, receive lighter sentences.

In the documentary, Carole and Matt also pay tribute to their ‘beautiful and loving’ daughter.

Ellie Gould was just 17-years-old when Thomas Griffiths, her former boyfriend, murdered her in her kitchen, strangling and stabbing her 13 times in a brutal, frenzied attack.

Remembering their daughter, Carole and Matt paint a picture of the kind, loving young woman that Ellie was.

‘She was on the brink of adulthood,’ says Carole. ‘She was blossoming into this beautiful young lady, she was working hard at school studying hard for her A-levels, she’d just got herself a little job waitressing with the National Trust; she was learning to drive, and she was looking at universities.’

‘She was very much like her mother. She was just – well, a father would always say that – a lovely child. She knew her own mind from a very young age, very determined,’

Matt adds. ‘She was great fun and obviously grew up into a beautiful, kind, loving young lady.’ 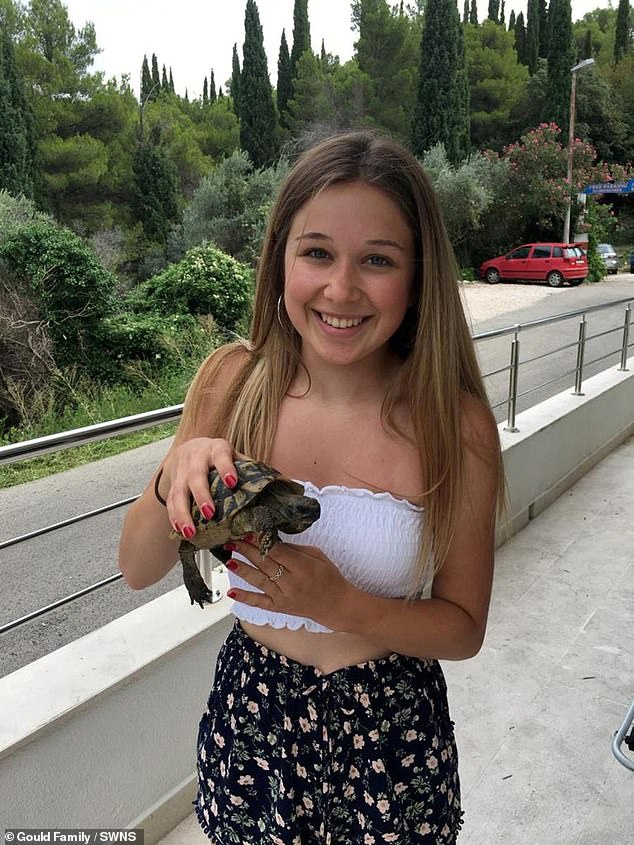 Ellie’s (pictured) parents  call for tougher sentences for child killers, arguing that ‘somebody a day off their 18th birthday cannot be treated the same way as a 10-year-old’ 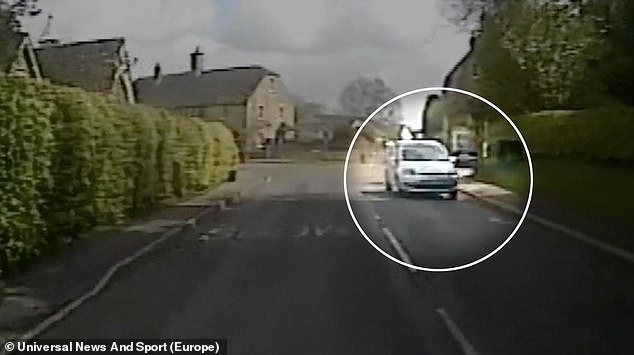 Griffiths illegally driving a Ford Fiesta to Ellie’s house, where he savagely stabbed her to death

Also speaking in the documentary, Ellie’s closest friends pay tribute to her.

‘Something just jumped out to me, like she was just so quirky,’ Tilda Offen says. ‘There was something about her where you just fell in love with her instantly.

‘She was just so real with everyone; she was just Ellie all the time. She was so funny, so bubbly, everyone loved her,’ Ellie Welling adds.

Prior the murder, Ellie and Griffiths had been dating for three months. As her friends admit, Griffiths seemed like a ‘normal’ and ‘quiet’ boy, and there was nothing to suggest that he would go on to kill.

‘Normal, honestly. He was just your normal boy. You would never have thought he could have even hurt a fly,’ Ellie Welling notes.

‘I think we only saw the quiet side of him, because maybe he was intimidated by the big personalities in our group,’ Harriet Adams comments. ‘But she told us he was a lot more caring and open and louder and funnier and more outgoing when he was with her.’

A statement from the Gould family reads: ‘We would like Ellie to be remembered as a kind, caring young lady with a wonderful fun personality.

‘From a young age, Ellie had a huge love for animals Every Spring we would visit Lackham during the lambing season, and during the summer holidays we made many visits to animal farms to hold chicks, rabbits and feed baby animals.

‘On her first day at primary school she put holes in her brand new shoes as she spent every playtime playing with her friends crawling around on her hands and knees being a cat.

‘Ellie also loved our summer trips to Devon to stay at our aunt and uncle’s house – she loved their puppy Elsa and whilst the other young cousins were scared of the lively puppy jumping up, Ellie wasn’t and had a wonderful way with animals, calming the puppy and making it do whatever she wanted.

‘Every year from a young age, a pony always featured on her Christmas or Birthday wish lists.

‘As her parents, we tried to get away with buying a hobby horse to run around the garden on. The pleas continued so we adopted an Exmoor Pony, however due to the distance, we could only visit twice a year.

‘Finally we decided as we lived in beautiful rural Wiltshire, we’d buy her a pony – Missy.

‘Missy was white with a long flowing mane and tail, she looked like a unicorn when she was white, although more often than not, she looked brown as she loved rolling in mud.

‘Ellie spent hours brushing her and plaiting her mane and tail. She loved showing her off at local shows in ‘prettiest pony classes’ and was so proud one year to come first at Foxham show in the ‘best family pony class’.

‘Ellie’s natural riding ability improved immensely and in no time she was ready to move onto her next pony – Blackjack.

‘Again, winters and summers she competed in local shows and cross country events. It was nail biting to watch as she would gallop past and fly over enormous cross country jumps.

‘She also spent the summer months often just herself and her beloved Blackjack hacking over Wiltshire’s beautiful countryside.

‘Ellie loved the Sixth Form at school where she was studying for A levels.

‘She had built up a close group of friends who would often meet up at weekends and do activities such as the Escape Rooms. She would often ask if the group could meet at our house – ‘It’s just a gathering mum, not a party,’ she’d say.

‘We talked about visits to university open days and apprenticeships within the police force – she wondered if she could get into the mounted police with her riding skills.

‘Whilst she was excited about the next step in her life she also said, ‘But I don’t want the sixth form to end as I love it so much’.

‘Ellie had a lovely relationship with her older brother growing up, they rarely argued as she was fun loving and a joy to be around.

‘We would like Ellie to be remembered as a kind, caring young lady with a wonderful fun personality.

‘Ellie’s favourite charity was Riding for the Disabled who run activities for disabled children and adults and we ask that any donations in Ellie’s memory are made to this charity so that they can continue with their fantastic work.

‘This is what Ellie would have wanted.

‘Finally, we’d like to thank the community in Calne and Hardenhuish School for their support and comforting words, as well as the police who have provided us with support over the past few weeks.’