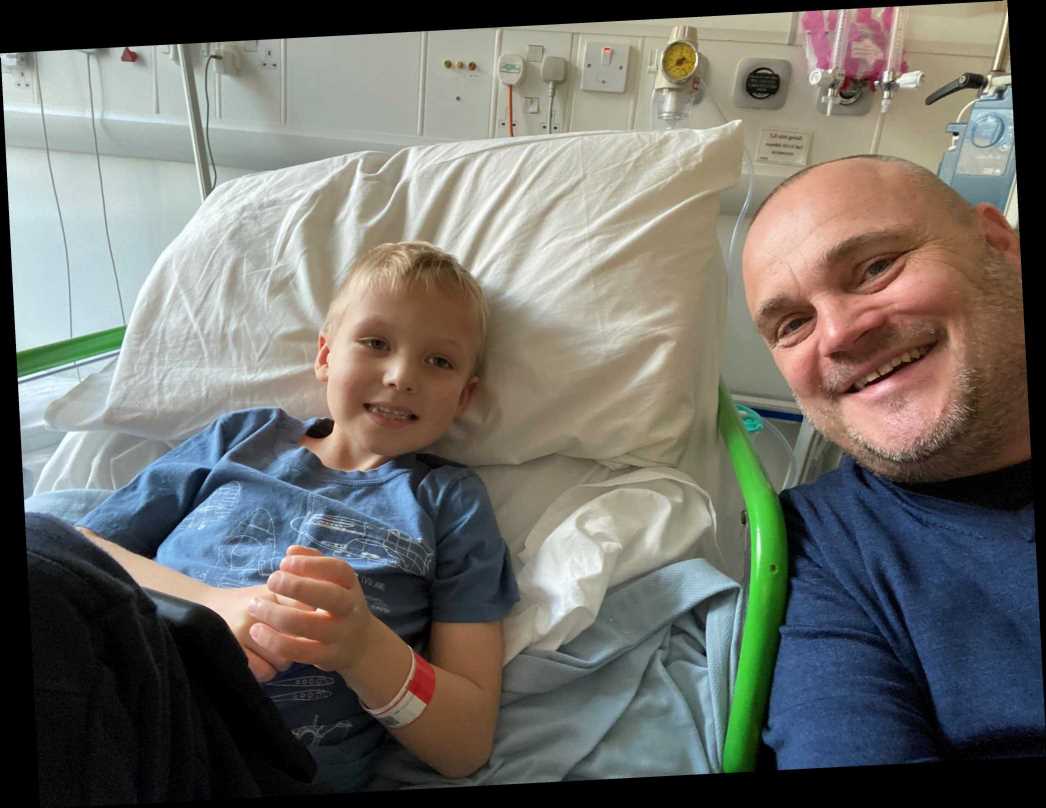 AL Murray says his "very very very seriously ill" nephew is "hanging in there" and admitted that he's been "struggling" in lockdown without work.

The comedian, 52, opened up about how seven-year-old Finley Relf is getting on with his heartbreaking battle with juvenile myelomonocytic leukemia, an incredibly rare form of blood cancer.

Finley, who lives in Haywards Heath, West Sussex, with his four-year-old brother Jacob, is having chemotherapy at London’s Great Ormond Street Hospital.

His only hope of survival is a bone marrow transplant, but sadly none of his family are a match.

Speaking exclusively to The Sun Online about Finley's progress, Al said: "Finley is hanging on in there, is the best way of putting it.

"He's having more treatment and he's like I say, he's hanging on in there. He's not out of the woods yet though.

"What he's got is really very very very serious and extremely rare. He's got a thing called JMML that 12 kids a year get. Fingers crossed he's going to be ok."

Back in September the star organised an interactive virtual pub quiz for DKMS, a blood cancer charity who have been trying to help find a lifesaving blood stem cell donor for Finley.

Now the funnyman and his daughter are planning to do a bit more for the charity that is so close to his heart.

He added: "I think we're going to a gig in December online so that people can watch and they can donate and all that.

"I mean hopefully we'll be allowed out of the house to do that. The plan is to do a gig."

Not only has Al had to deal with the stress of Finley's ill health during lockdown, but he also admitted himself that he struggled with being in stuck indoors for such a long period of time.

The writer planned on spending the majority of 2020 on tour, but things soon changed when Boris Johnson announced that the UK was to be put in lockdown on March 16 earlier this year. 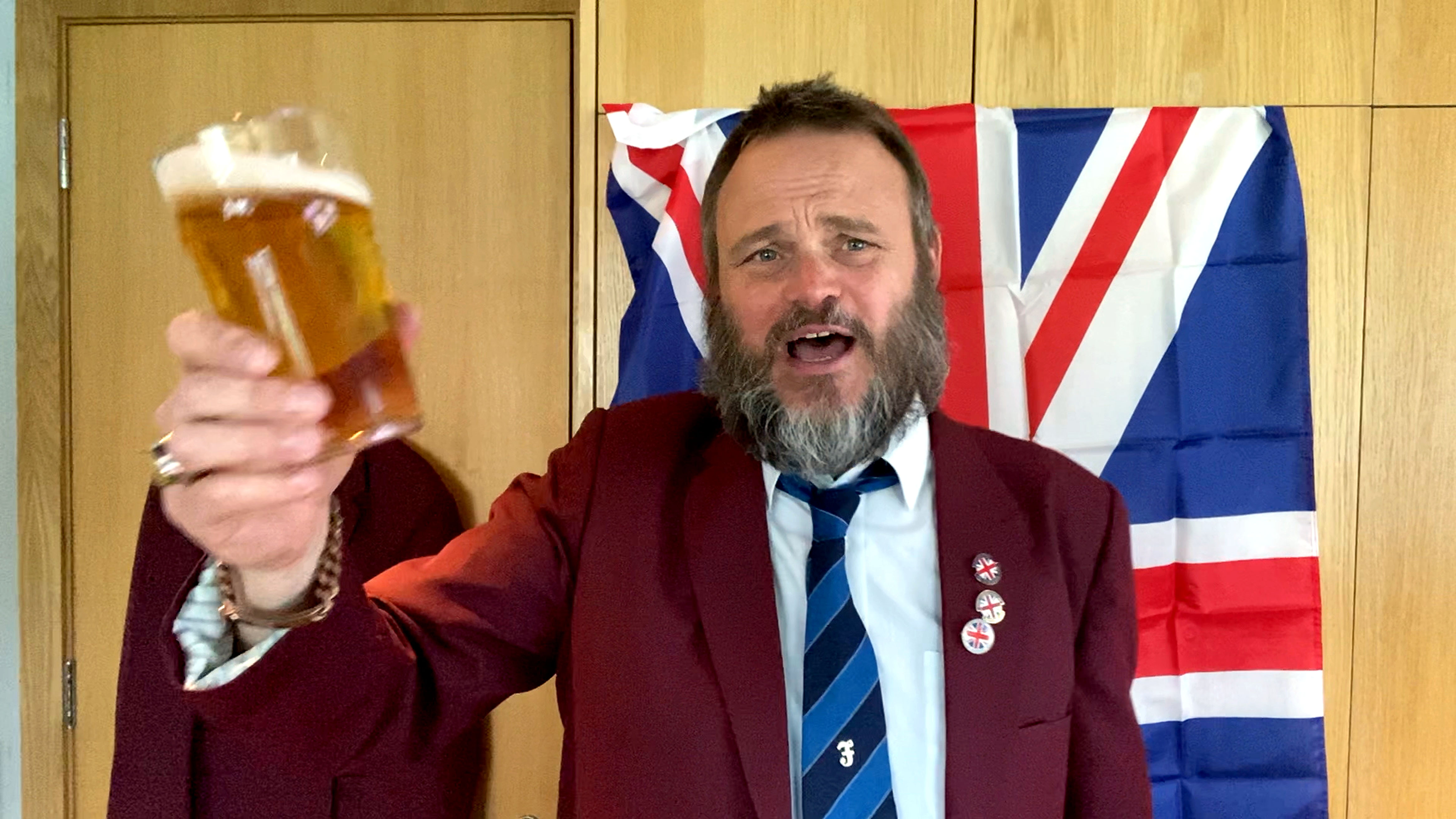 "We went to France when you could at one point in July, so I have gone away for a few days, but I've been at home for seriously the longest I've ever been at home. Which has been not a shock to the system, but been like a wake up!"

Despite not being able to go on tour, Al has kept himself busy over the past few months with a variety of things including writing sketches for satirical television puppet show Spitting Image, releasing his new book The Last 100 Years and All That and even practising his skills on the drum set.

When asked if he struggled with lockdown at the beginning, Al replied: "Yeah, just the the sort of monotony, the groundhog day element has been really challenging.

"It sort of comes and goes as well. There are weeks where I'm like I'm on top of it and it doesn't matter and I've got stuff to do and I'm going to get it done and other weeks where being motivated is the hardest thing! There's not even the pub on Friday to look forward to!" 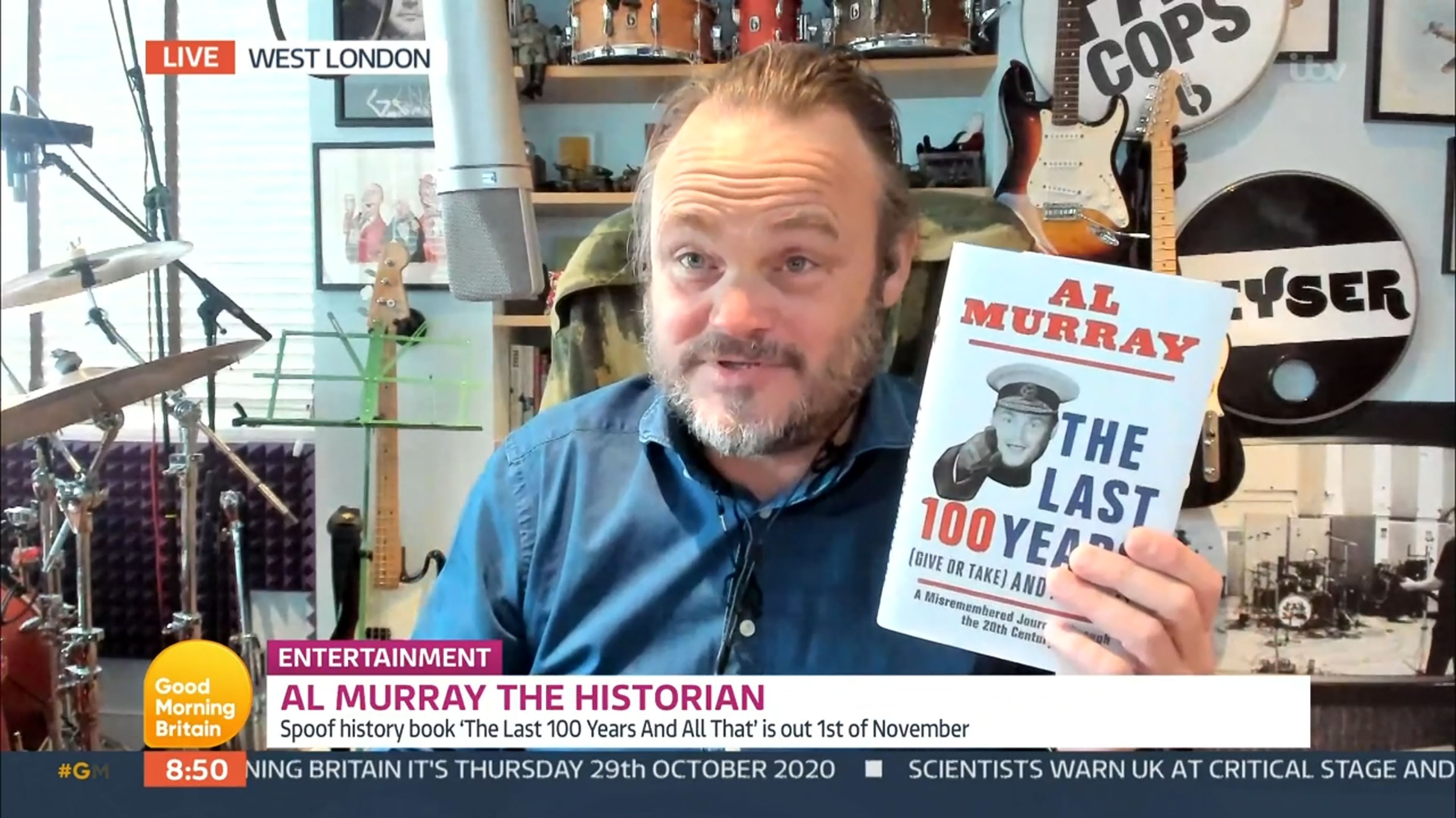 But most of all he's enjoyed spending quality time that he never usually has with his family, and has even started writing music with his daughter to pass the time.

He added: "Without being soppy about it, it's been really lovely being at home so much and being with my family."

Al hopes that he'll be able to pick up where he left off with his tour next year, but in the mean time will continue to do more sketches in pub car parks and socially distanced theatre shows.

The star does also have his new show – Al Murray: Why Does Everyone Hate the English? – hitting our screens early next week.

His passion for modern history inspired him to investigate "what the bones of contention might be" between England and five particular countries – Germany, France, Ireland, Wales and Scotland.

He explained: "I did a degree in it and I sort of grew up in a house that was into it, so it's this thing that I can't kind of put down.

"So when you get to do a funny programme that looks at this sort of stuff, it's a good subject for me to sort of chew on.

"So some of the ways I feel about stuff isn't strictly fair or true. So that was quite interesting to talk about that."

During his visit to each place, he teamed up with a local comedian to try and find out the answer to the burning question whilst doing a range of exciting activities.

The star admitted that out of Antoine de Caunes, Henning Wehn, Fred MacAulay, Elis James and Andrew Maxwell, Frenchman Antoine was his favourite to team up with because he's never actually worked with him before.

He explained: "I knew all of the others, but in France I worked with Antoine de Caunes, who used to do Eurotrash and Rapdio and all that, who I didn't know and I'd never met before.

"He was fantastic! So it was brilliant to meet him and work with him because he's like world famous in France, everywhere you go everyone goes 'Antoine!' they all know him. So that was a really cool experience."

Al also managed to find out if he's actually Irish, tasted deep fried fruit rather than Mars Bars in Scotland and even did a spot of mining in Wales.

But the crazy activities didn't stop there.

When asked why the new show is such a good watch, he said: "All the episodes are really different. It's really good fun and we do lots of fun and interesting things.

"I parachuted into Germany. I went coracling in Ireland, white water rafting in Wales, in France we went to the Moulin Rouge and danced the Can Can.

"So lots of cool experimental stuff and the other comics are all really really funny in it and it's an agreeable hour with at least one funny person in it!"

Watch Al Murray: Why Does Everyone Hate the English? from 2nd November at 10pm on BLAZE®