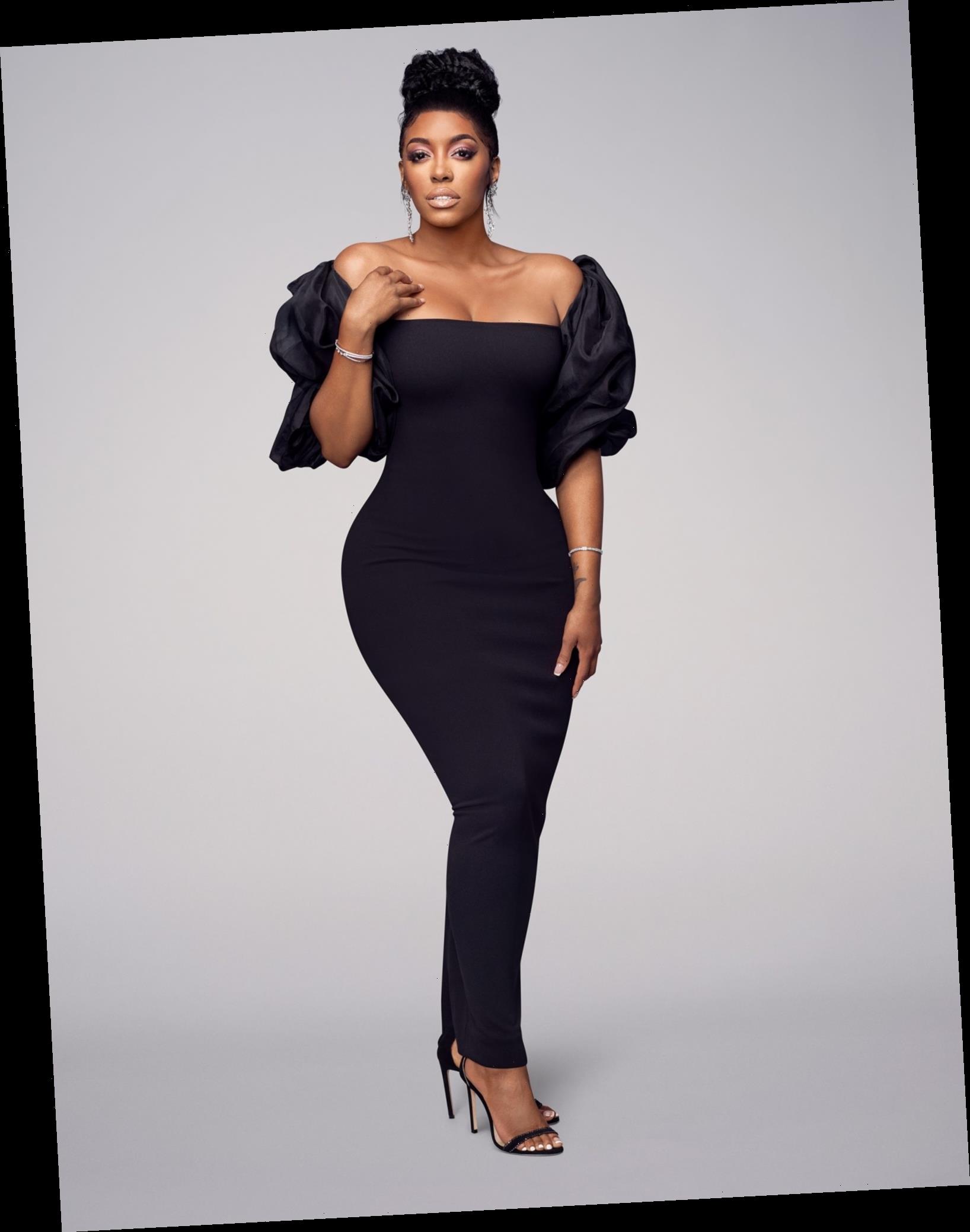 The drama doesn't stop after the Bravo cameras stop rolling.

In PEOPLE's exclusive first look at the Real Housewives of Atlanta season 13 supertease, a night out amongst the cast gets particularly wild.

The night in question appears to be Cynthia Bailey's bachelorette party. A montage of the party shows the women dancing in lingerie while surrounded by sex toys and strippers.

"Turn off the cameras and we can actually have fun," suggests one woman.

But the next night at dinner, Kenya Moore makes a bold claim.

"I'm hearing sex noises coming from a bedroom," she says.

And while no one at the table outright points a finger at Porsha Williams, friend Tanya Sam later tells her someone is "making disparaging comments about me and you involving a stripper."

"Wow, I'm over this," Williams replies. The supertease also shows the women confronting the coronavirus pandemic.

"Keep your mask and your wig on tight, boo," says Williams. "I will quarantine a bitch."

Bailey attempts to plan her dream wedding to fiancé Mike Hill, but hits several roadblocks when health regulations force her to change her plans.

"If I can't have it, Mike, then we can pull over and get married now," she says.

And Kenya Moore breaks down in tears while discussing her complicated relationship with Marc Daly, with whom she shares daughter Brooklyn.

"Don't tell me what I cannot do with my child," she cries over the phone. In September, longtime Housewife Nene Leakes announced her departure from the show.

"Thank you to all of you guys that have been showing me a lot of love and support as of late. I feel you, I hear you. I have been on an extremely, extremely long, exhausting, tiring, emotional negotiation. There has been a lot of emotion flying on both sides," she said in a video. "It has been hard, and I have made the very hard and difficult decision to not be a part of Real Housewives of Atlanta season 13."

"It wasn't an easy decision for me," she continued. "It was hard. I started on the Real Housewives of Atlanta in 2008. We took off like a rocket. I mean, we took off. You could have never told me that I would start on this little show and it still be going strong 13, 14 years later. And it is. I'm just so happy that I can say that I was a part of a genre that opened up doors for Black ensemble reality shows to step up and be a part of what we all now love so much, reality TV."

Season 13 of The Real Housewives of Atlanta premieres Dec. 6 at 8 p.m. ET on Bravo.