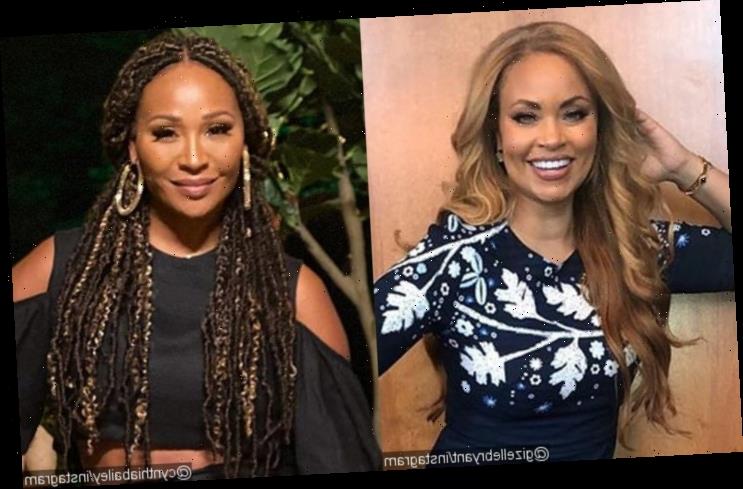 During her appearance on ‘Watch What Happens Live’, the ‘Real Housewives of Potomac’ star dishes, ‘But then people started eating and drinking, and that’s when it was chaos a little bit.’

AceShowbiz -Even though Cynthia Bailey and Mike Hill promised that their nuptials would be coronavirus safe, it looks like the reality said the opposite. Gizelle Bryant, one of the guests at the nuptials, recently revealed that she had to leave the ceremony early because people did not wear their masks.

During her recent appearance on “Watch What Happens Live“, Gizelle admitted to feeling nervous after stepping her foot into the venue. “In the beginning, when it first started, absolutely, everybody had either a shield or a mask on. But then people started eating and drinking, and that’s when it was chaos a little bit,” she told host Andy Cohen.

She continued, “I actually left before the toast happened…I left because people started taking their masks off. I just felt very nervous,” before adding that she had to go back to the hotel because her boyfriend, Jamal Bryant, had been waiting for her.

This surely contradicted what Cynthia said prior to the wedding. In an interview, “The Real Housewives of Atlanta” star said that she and her now-husband had been “putting most of our wedding energy into COVID-19 protocols.” She also said that the guests would be given face masks and face shields upon entering the venue and anyone who did not follow the rules would be kicked out.

Even with all the rules being made for the nuptials, Cynthia assured that her guests could still enjoy their time and move around the venue during the event. “It’s a huge space, so you can be as far away from people as you want while still feeling connected to the ceremony,” she said.

Cynthia and Mike tied the knot at the Governors Towne Club in Acworth, Georgia earlier this month. For the ceremony, the couple invited around 250 guests including her “RHOA” co-stars Porsha Williams and Kenya Moore.