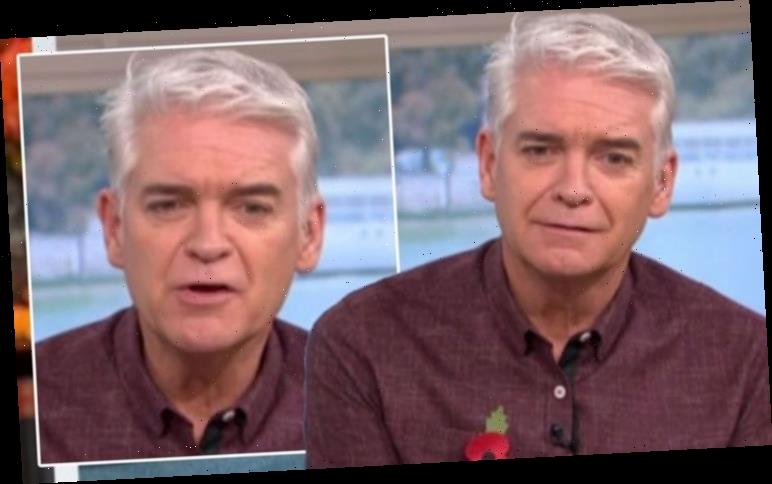 This Morning welcomed actors Graham and Anna-Jane onto the ITV show this morning, a husband and wife duo who’ve found their careers turned upside down by the coronavirus pandemic. With Government guidelines making it tougher for actors to find work, the pair spoke with Holly Willoughby and Phillip Schofield about how they’ve had to take up delivery driving instead. And it was an issue which clearly struck a chord with Phillip, as he admitted it “broke his heart” to hear their story.

Anna-Jane joined Holly and Phillip via video link live from her delivery van this morning, with Graham appearing from their home.

The two have been taking it turns as delivery drivers amid the pandemic to make ends meet after their long list of lucrative career prospects for 2020 were scrapped.

“This breaks my heart,” Phillip told the pair as they first joined the This Morning duo on-screen.

“Because you represent so many talented people in this situation right now.” 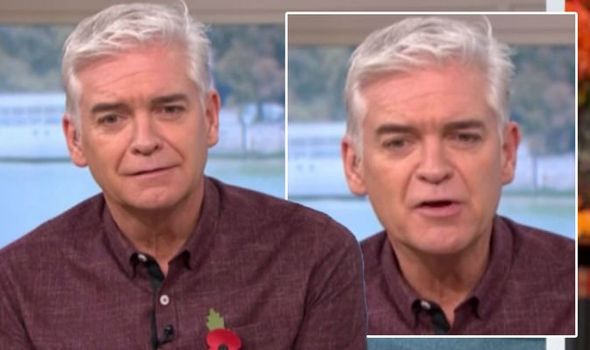 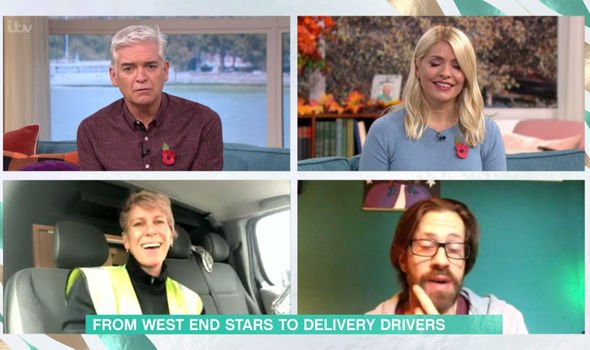 Speaking about their career prospects at the start of the year, Anna-Jane admitted there was plenty in the pipeline but now it’s all been cancelled.

However, Anna-Jane wanted to remain in high spirits, telling the ITV pair: “We don’t want this to be a heartstrings story because we are very lucky – we work for a great company called Optimal.”

The company the two have worked for have allowed the pair to balance their work and home lives in this tricky time. 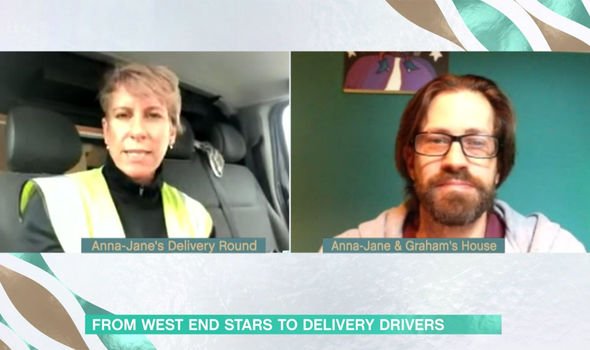 Holly asked: “Is it enough what you’re doing – financially, is this managing to bridge this gap enough?”

Graham replied: “Financially we can afford to pay the mortgage and keep the kids fed and clothed.

“We’re kind of used to picking up bits of work when we’re not on stage,

While Phillip and Holly threw their support behind the two for their enforced change of career, it’s fair to say viewers were divided by the chat – with some branding it “tone-deaf”.

“The presenters of #ThisMorning are very tone-deaf insofar as they are so very sad that actors ‘have been forced’ to become delivery drivers,” vented one fan on Twitter. “I hope the situation with the arts sector is sorted quickly, but there is no need to be condescending to ordinary workers in the process!”

A second agreed: “#ThisMorning very tone-deaf feature on about the humiliation of actors having to lower themselves to deliver parcels. Most people don’t have the luxury to work in jobs they actually dreamt of doing or trained to do.”

With a third concurring: “Not sure that painted actors in the best light, everyone in the industry is working a day job unless you’re in the top five percent. It’s not a hardship to be doing a normal job it’s pretty much always a necessity. #ThisMorning.”

However, others were quick to praise the This Morning guests for their words, with one adding to the debate: “Thanks to @AnnaJaneCasey & @grahammacduff for telling it how it is for actors, creatives and the wider arts on @thismorning today. Clear and to the point, representing the industry well (yes, it’s an INDUSTRY).”

A second echoed: “Great to hear and see @AnnaJaneCasey saying what all #Actors and #Creatives are all thinking today. Thank you to you and Graham! @thismorning #ThisMorning.”

“The amazing, talented, wonderful and smart @AnnaJaneCasey just smashed it on @thismorning talking on behalf of all theatre workers struggling in the UK. Worth a watch on catch up if you get chance. #theatre #Covid19UK,” tweeted a third supporter.

This Morning continues weekdays at 10am on ITV.