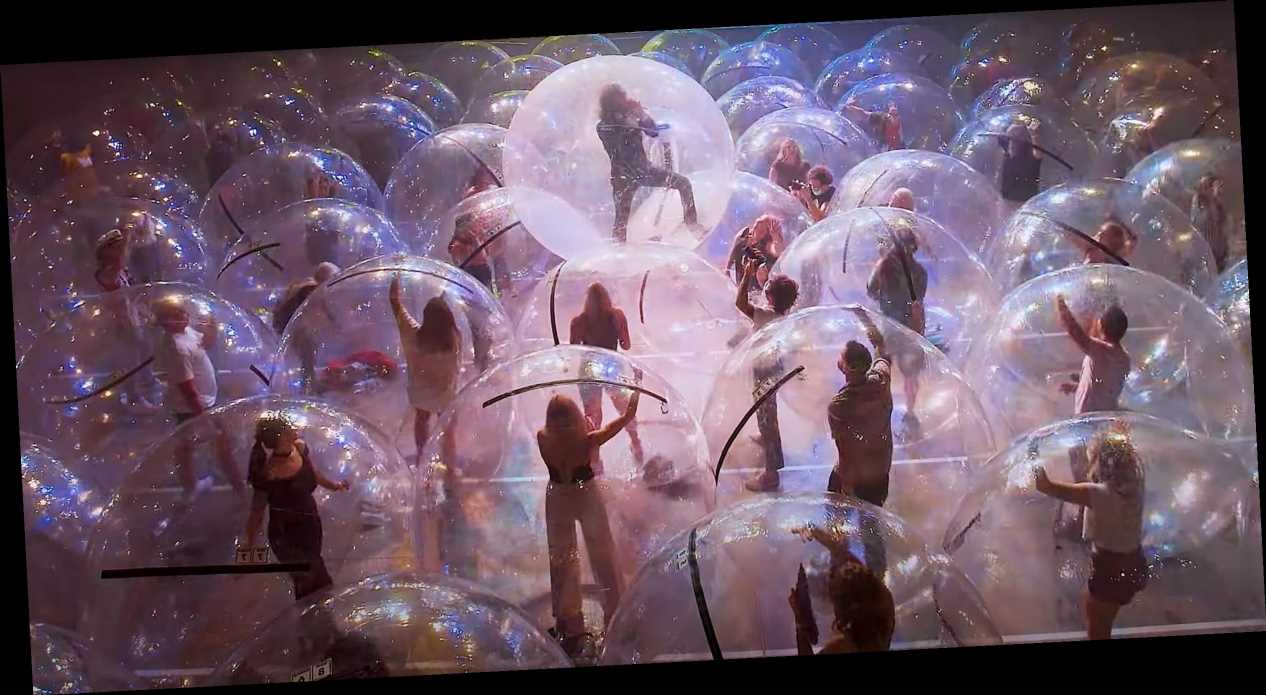 The Flaming Lips have released a new video for “Assassins of Youth,” which was filmed at a recent concert in Oklahoma City where both the band and the audience were encased in space bubbles to prevent the spread of Covid-19.

The space bubble has long been a hallmark of frontman Wayne Coyne’s stage show — but it makes for a surreal pandemic scene to watch the frontman (who also directed the video) roll across a crowd that’s going crazy in their own plastic spheres. Despite the bizarre nature of the show, though, the “Assassins of Youth” clip does seem to provide some evidence that a live show can be as wonderful and euphoric whether you’re in a space bubble or not.

The Flaming Lips have spent the summer toying with the possibility of space bubble concerts, ever since they first tried out the idea with a small group for a performance on The Late Show in June. In a recent interview with Rolling Stone, Coyne detailed the extensive safety measures that went into the concert/“Assassins of Youth” video shoot, where fans lined up outside the venue and were methodically led inside to their bubbles. The bubble cleaning process afterwards was equally intense, involving a lot of isopropyl alcohol and a leaf blower.

“The job of the Flaming Lips is to get you in a room, get you excited, get you to forget about the world’s problems and entertain you for an hour,” Coyne said. “But if we do that without this pretty radical protection, then we’re going to kill you.”

Coyne added that the Flaming Lips are starting to think about actual ticketed concerts and hope to announce some shows after the election for the beginning of December.

“Assassins of Youth” appears on the Flaming Lips’ most recent album, American Head, which was released in September.