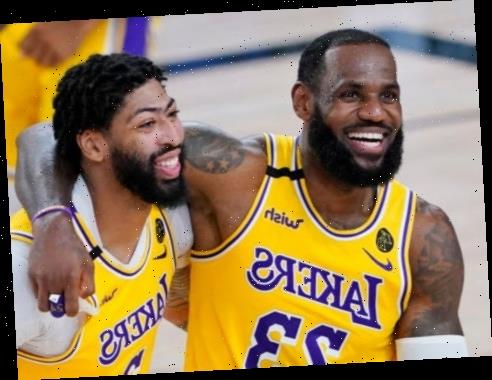 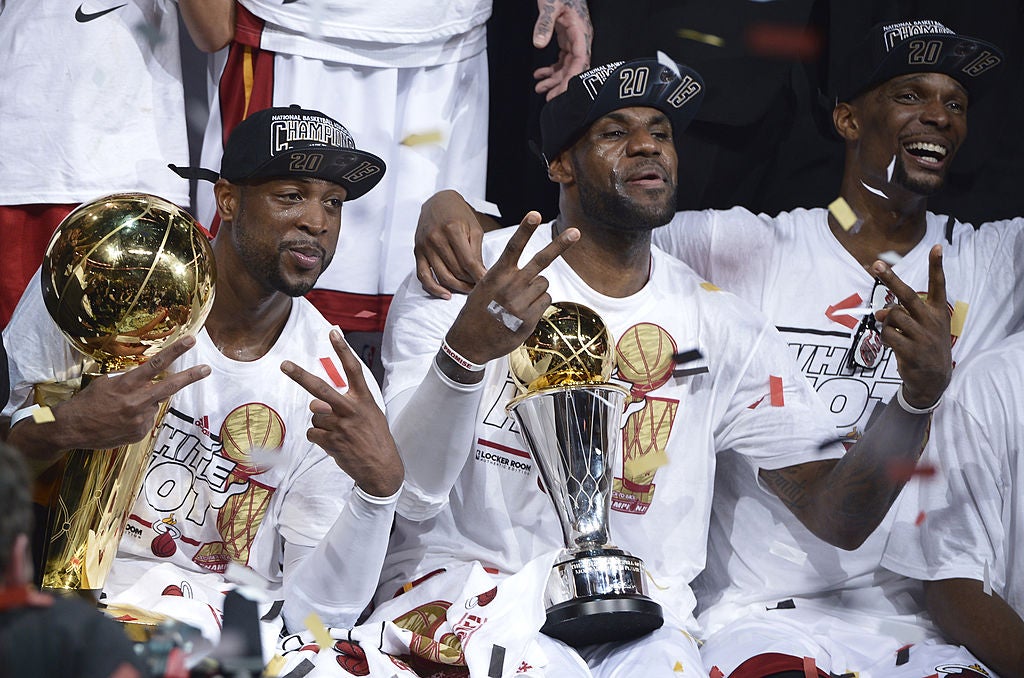 Social media may encourage you to think otherwise, but J.R. Smith was a key player for the Cleveland Cavaliers during LeBron’s second stint at the franchise. Arriving from the Knicks via trade, Smith helped the Cavs reach four consecutive NBA Finals, and his pair of three-pointers in the second half of game seven was an enormous contribution in the triumphant 2016 Finals. Smith signed with the Los Angeles Lakers ahead of the 2019-20 season restart, and earned a second ring alongside James for his efforts.

In his first season with the Cavaliers, Mo Williams became just the second player to be named an All-Star whilst being a teammate of LeBron James. They played together for two years during James’ first tenure in Cleveland, helping the Cavaliers to a league-leading record in 2009. Williams averaged approximately 17 points per game during those seasons, and he returned to Cleveland in 2015, helping the franchise win its first championship in 2016.

Without Ray Allen, LeBron James’ career and legacy would not be viewed in the same way. In game six of the 2013 NBA Finals, the Heat were seconds from an agonising series defeat before Allen hit the last-gasp three to tie the game, and Miami went on to win the championship – LeBron’s second ring. The duo only played together for two seasons, and Allen was on his way out after a stellar career, but he averaged over 10 points off the bench and hit more threes than any other player for the Heat during that time. Allen was a key roster member for James as they reached successive NBA Finals, shooting nearly 40 per cent from the arc as the game evolved to accommodate a more liberal use of the three-ball. 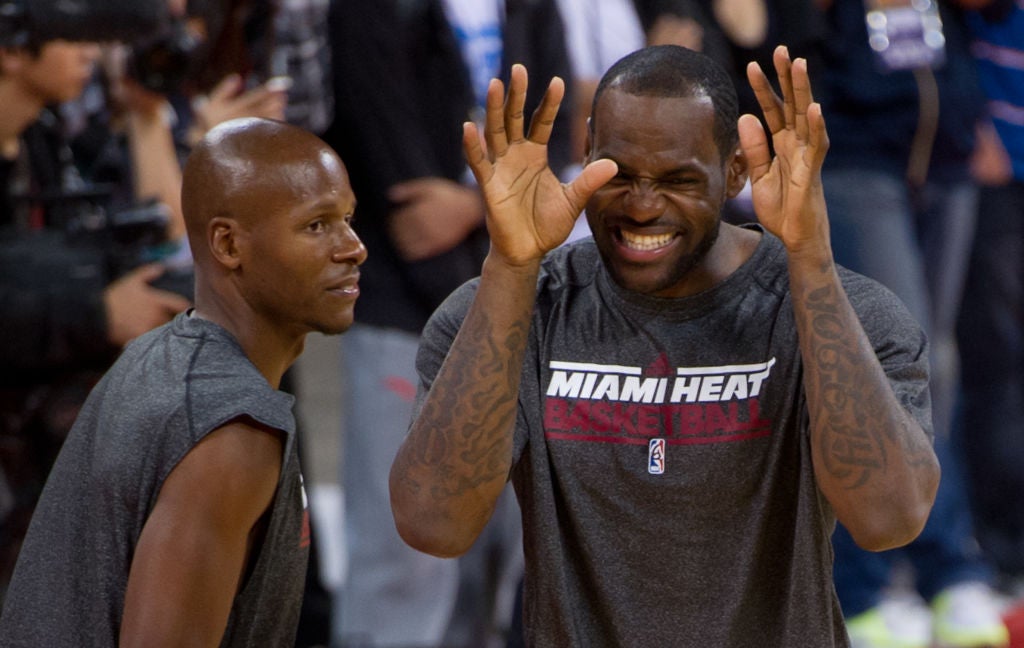 Tristan Thompson may not be the most exciting player to watch, but he was a crucial big man relied upon by James. As Kevin Love moved out of the key to create space, Thompson assumed the physical role for the Cavaliers. He was reliable, averaging eight points and eight rebounds throughout his time as a teammate of LeBron. The two reached four successive Finals together, winning in 2016.

This may be surprising, but no other player has played more games alongside LeBron James than Zydrunas Ilgauskas. He was ever-present throughout James’ first run in Cleveland, qualifying for an All-Star team once in eight seasons. Whilst they never won a ring, they did reach the NBA Finals in 2007 and Ilgauskas tallied 127 double-doubles throughout his career with LeBron James.

When LeBron James returned to Cleveland in 2014, he knew he wanted Kevin Love and parted with the number one overall pick from the 2013 NBA Draft, Andrew Wiggins, to get it done. Love was a two-time All-Star alongside James, averaging 17 points and 10 rebounds as Cleveland reached four Finals in four years. Love was the perfect teammate for LeBron, evolving his game to be more effective from the perimeter to give James more space to drive towards the basket.

Whilst their ending may not have been exactly storybook, the duo of Irving and James experienced three excellent seasons together. The talented point guard is renowned for having arguably the best handles in NBA history, and he was named to the All-Star team each season he spent with James. One of the best finishers in the league, Irving came up with some historic performances alongside James, including a 41-point outing in game five before hitting that shot – a go-ahead three over Steph Curry with under a minute to go in game seven of the 2016 NBA Finals.

A prototypical talent, Chris Bosh helped usher in the era that saw traditional physical players develop a shooting ability. Bosh was a four-time All-Star alongside James in Miami, showcasing his unique blend of elite defensive skills and offensive class. He was an excellent scorer, averaging over 15 points during each of his four seasons with James, which could have easily been more had he been more selfish. Bosh shot 34 per cent from three in 2013-14, but his biggest contribution to James’ career? That clutch rebound and pass to Allen in game six of the 2013 Finals.

Perhaps the standard answer to this debate, the partnership of James and Wade wreaked havoc on the NBA during their four seasons together in Miami. The Heat reached four straight Finals – winning two championships – under their leadership, with Wade averaging just under 22 points per game across four seasons. He was the emotional rock for James during their time together, and was a key reason in LeBron’s original decision to take his talents to South Beach. Wade and James reached the peak of their powers in 2012-2013, where they helped Miami win 27 consecutive games. 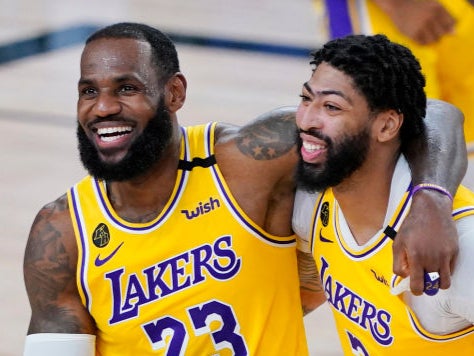 It is remarkable that after just one season together, Anthony Davis has a strong claim to the title of LeBron James’ greatest teammate. In their sole season together thus far, Davis was named to the All-NBA First Team for the fourth time in his career and was a candidate for Defensive Player of the Year.

Wade even admitted that Davis “compliments” James better than any other teammate in his career, stating, “I agree,” after Kendrick Perkins shared this view on social media.

He averaged more points-per-game than James, and helped LeBron lead the NBA in assists for the first time in his illustrious career. Davis and James led the Lakers to the first seed in the competitive Western Conference before winning the championship in the Orlando bubble.