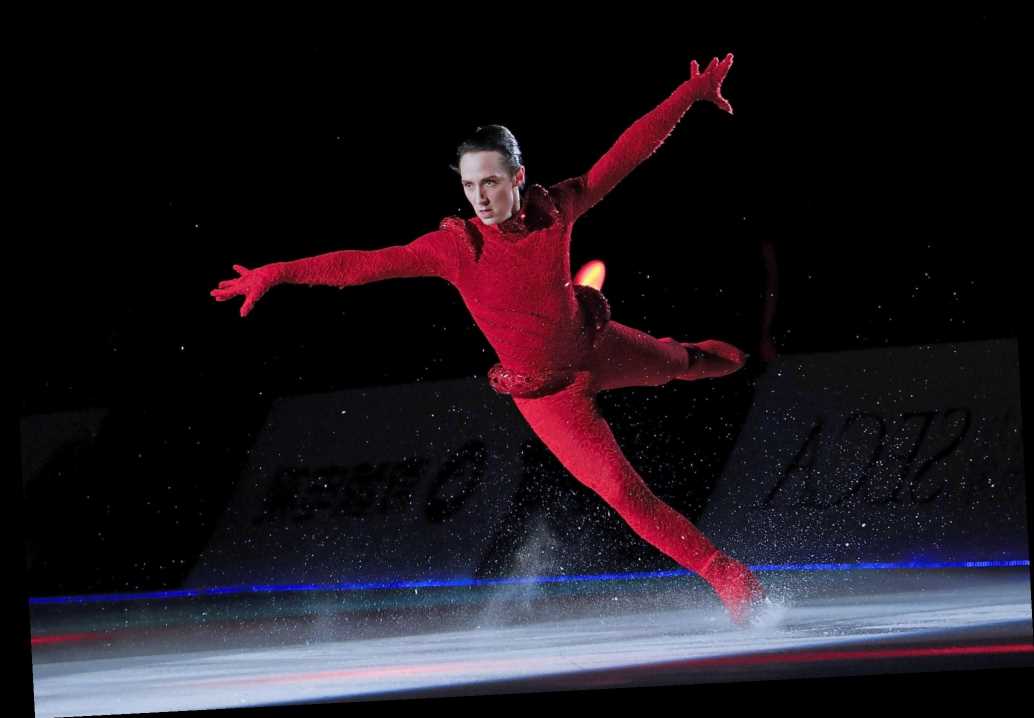 Johnny Weir is opening up about being told "you can't be gay" in figure skating as a teenager.

The Dancing with the Stars contestant, 36, shared Monday night that he "never felt accepted into the community that I was trying desperately to be a part of."

"I had just turned 16 and I was competing internationally at the Olympic level," he said. "An agent approached me with my mom and said the world is your oyster and we’re the agency that can take you where you want to be. But he then looked at me and my mom and he said if you work with us and we create this future for you, you can't be gay. And at 16 standing with your mother that isn’t necessarily a topic that you want to address."

"My sexuality was not something that I'd really voiced because you're afraid of how something that is just inside you will affect other people and you can’t fix that. You can't change that," he continued, adding that he was "mortified" after the encounter.

"I was mortified and I remember going up to our room and my mom just said, we don’t need them," the two-time Olympian recalled. "You're just going to skate really well, you're gonna book the jobs by yourself. I used all of that negativity to my advantage and became a national champion."

After completing a Viennese Waltz routine with his partner Britt Stewart for the show's Villains Night, Weir told host Tyra Banks, "You learn to listen to no one but your heart. And being unique has given me the life that I have."

In 2018, Weir opened up about why he never "came out" while he was professionally skating.

"I wear my sexuality the same as I wear my sex or my skin color," Weir said in a tweet. "It is something that simply is and something I was born into. I never 'came out' in sport because I didn’t imagine it as a great secret & it had nothing to do with my skating or my dreams."

Weir added that while he never saw his sexuality as something that he didn't to address publicly, he is "forever indebted" to "the warriors who came before" him.

"I was extremely lucky to grow up in a family/community of acceptance and perhaps that’s why I don’t see my sexuality as something that needs addressing," he said in another tweet. "I am forever indebted however, to the warriors who came before me that allow me to lead the life I do so openly."