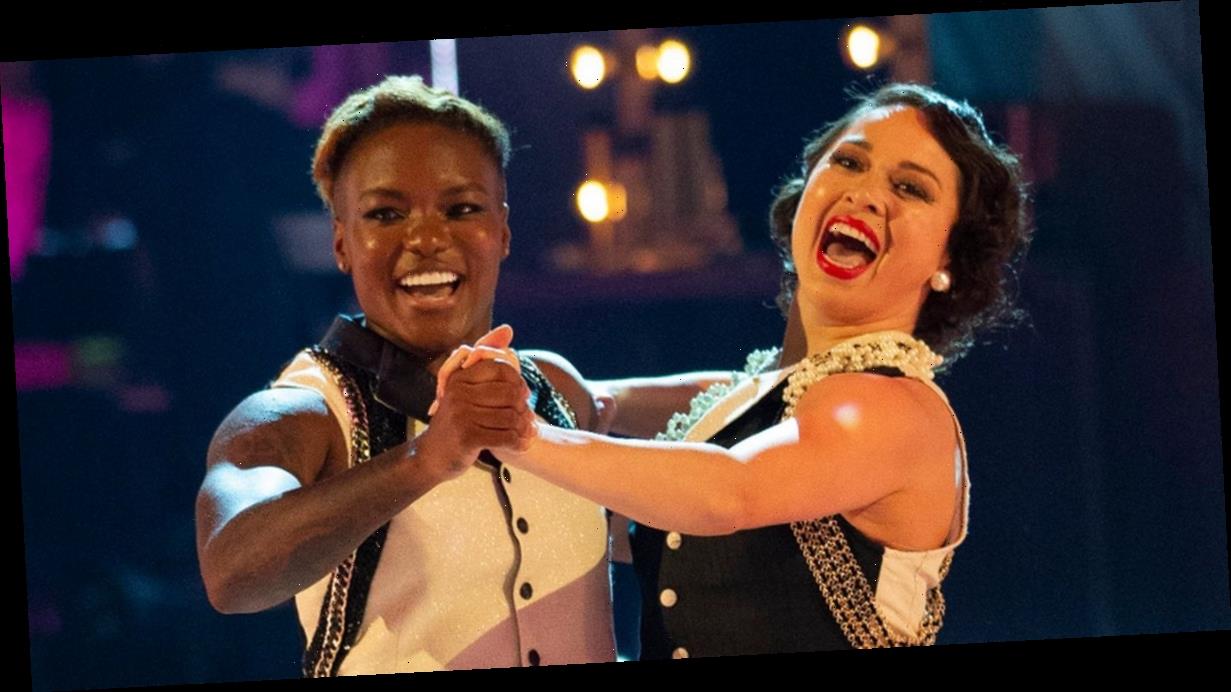 Strictly Come Dancing has become the second most-watched programme of the year so far after smashing viewing figures with its live launch last Saturday.

The BBC show peaked at a whopping 10.1million viewers on the Saturday, as it made history with its first ever same-sex partnership.

On top of that, it beat last year's launch by almost 1m, suggesting people were excited for some light-hearted entertainment and a fresh approach.

It is now the second most-watched show of 2020 with only ITV series Ant and Dec's Saturday Night Takeaway ahead of it.

This week, boxer Nicola Adams and her professional partner Katya Jones became the first same-sex pairing to compete in the competition.

And fans flocked to social media to praise the duo, with many saying it was "about time" Strictly embraced same-sex pairings.

One said: "Loving Nicola Adams and Katya on Strictly. Joyous, so, so happy performance."

Nicola, 38, seemed to be enjoying herself too as, after her performance, punched the air and said: "I'm a dancer baby!"

Elsewhere, EastEnders babe Maisie Smith left viewers impressed, with the 19-year-old becoming one of the hot favourites to win the series.

She and her pro partner Gorka Marquez performed a seriously sexy Samba, with Maisie slipping into a feathered hot pink dress for the routine.

The duo scored a very respectable 24 out of 30 for their routine on just week one, suggesting they're ones to watch.

However they were actually second on the leaderboard, as singer HRVY, 21, scored 25 for his and Janette Manrara's Jive.

Although he was relatively unknown to viewers before the show started, he's definitely making a name for himself now.

Meanwhile, former Labout Party politician Jacqui Smith found herself at the bottom of the leaderboard, with a score of 13 for her and Anton du Beke's Foxtrot.

With this year's series getting off to a flying start with viewers, it seems the BBC will have no issue matching or beating last year's figures.

The 2019 series averaged at 10.36m weekly viewers, with 12.75m tuning in to see Kelvin Fletcher and Oti Mabuse crowned the winners.

Strictly Come Dancing continues on Saturday night at 7.15pm on BBC One