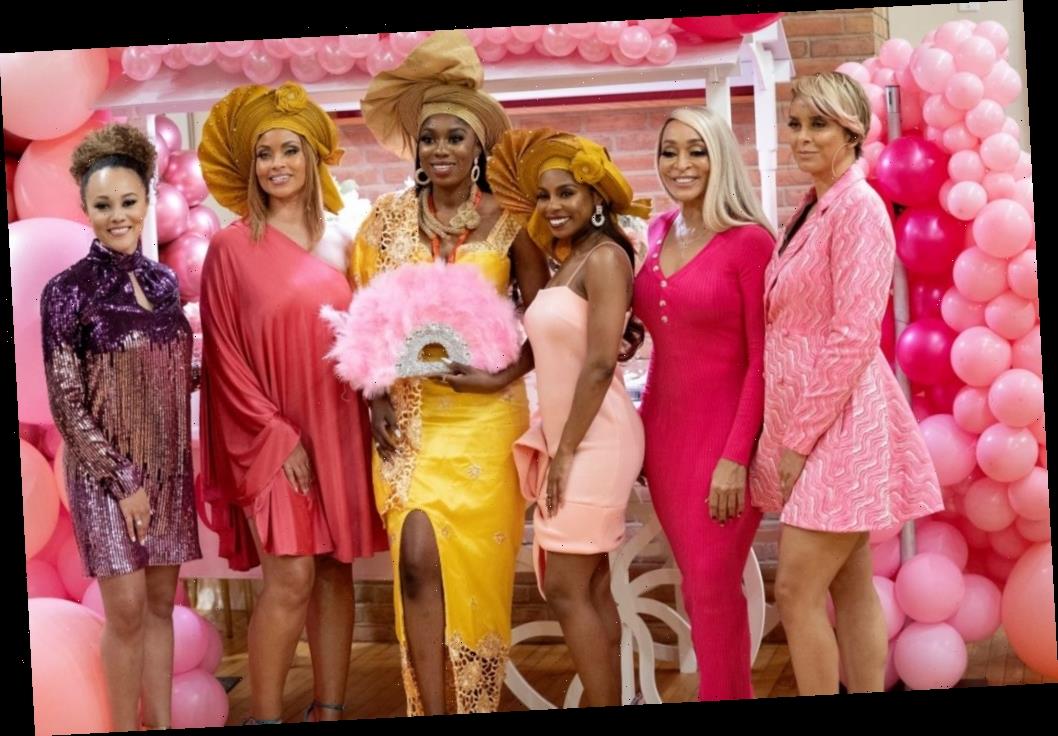 The entire Real Housewives franchise has had it share of slaps and fights over the years.

However, the one receiving spotlight ‘round the world right now happened with Monique Samuels and Candiace Dillard. The moment divided the cast of The Real Housewives of Potomac as well as fans and culminated in assault charges for Samuels.

While fans watched some of this play out in real time nearly one year ago, viewers are getting to see how it affected the women in the cast. In episode 13 of RHOP, Karen Huger has been caught in the middle between the two friends, and Wendy Osefo doesn’t agree with how she’s been handling things.

Samuels recently appeared on Fox Soul’s Cocktails with Queens and stated that she thinks both she and Dillard brought issues to the table that caused the fight. She said she felt the brawl was 50/50.

She added that she snapped under the pressure and “Candiace got it for a lot of things that she did not even deserve.”

Samuels also admitted the fight should not have happened. Dillard pursued legal action in civil and criminal court, and Samuels filed a counter complaint for assault. Both criminal filings were dismissed in 2019.

Karen Huger is over Wendy Osefo

Currently on RHOP, Osefo, Gizelle Bryant, and Robyn Dixon don’t believe Samuels has expressed any remorse or taken full accountability. They’re avoiding her while Huger is maintaining friendships with both Dillard and Samuels. Dillard does not like that and feels Huger is “coddling Monique.”

In episode 13, Huger sat down with Dillard at Osefo’s empowerment event. She told her she empathizes with her but won’t be pushed into choosing a side or told how to feel about the situation. While they were talking, Osefo came in and interjected, telling Huger, “There is no middle ground. She’s wrong.”

Fans saw Huger tell Osefo to mind her business, but during the RHOP After Show, Huger sounded off. During her one-on-one Q&A, she questioned why Osefo was in the mix and asserted that Monique and Candiace are her friends.

Huger added that Osefo needed to step back and it was wrong for her to check her. “I want to get to you know you, but you keep interjecting at the wrong time. Girl, back off! Your turn’s coming.”

She also took to Instagram to comment on the scene and captioned the post with, “Look at this Lady injecting herself into the conversation between Candiace and I. Unsolicited, unnecessary and desperate. Sweetie good bye.”

Since this drama began, some fans knocked Samuels and pointed to her past behavior on the show. Other RHOP viewers weren’t so quick to side with Candiace and thought she played a role in the lead-up to the fight.

However, many appreciate Huger for supporting both women while still calling Samuels out for unacceptable fighting behavior.

Some social media users don’t want Osefo to return next season, and they think she’s trying to recruit Huger to the anti-Monique side.

Instagram users chimed in with comments such as, “She told Monique that she was wrong!!! What they want is for a Karen to turn against Monique. That’s ridiculous. Stand your ground Karen…,” and “Agreed. I really don’t like Wendy. She acts as tho she’s been on the show for many seasons. She needs to calm tf down and I really hope she doesn’t return next season.”

Stayed tuned for the next episode of RHOP on Nov. 1.