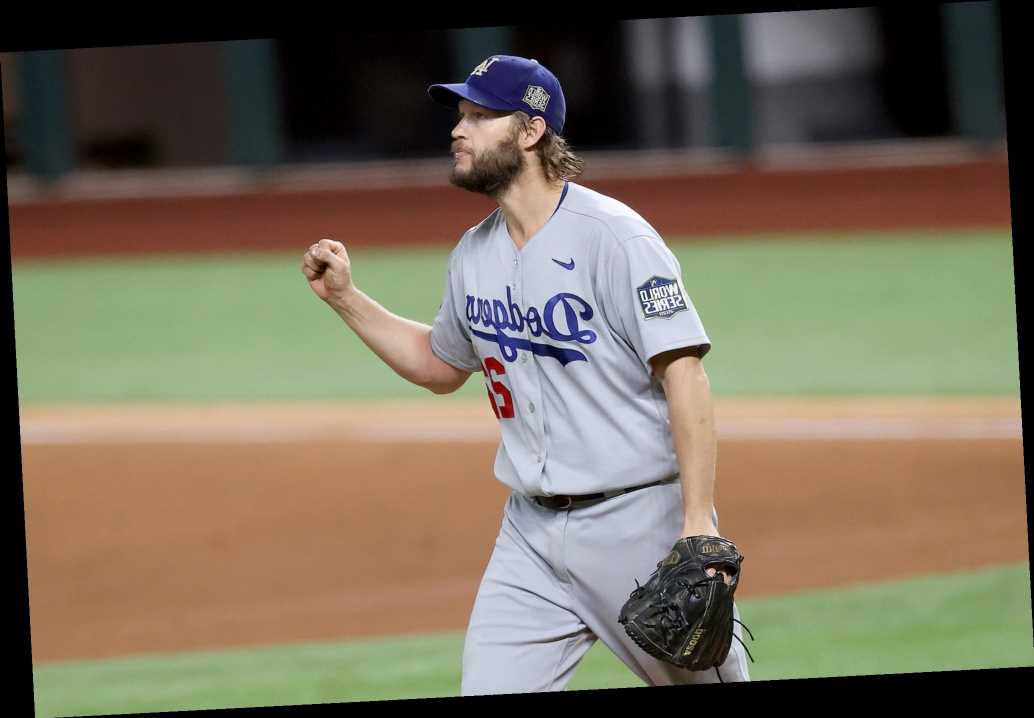 Baseball’s model franchise for most of the last decade has accomplished everything except win the World Series, but here are the Dodgers on the brink of vanquishing those ghosts.

The first crack will come Tuesday night. If they need a mulligan, there is Wednesday. It’s a nice spot for the National League champions in their pursuit of ending the “wait ’til next year” chatter begotten by the franchise’s Brooklyn forefathers. The Dodgers haven’t won it all since 1988.

Two home runs, a strong Clayton Kershaw start and dominant relief allowed the Dodgers to rebound from the previous night’s calamity and beat the Rays 4-2 on Sunday in Game 5 of the World Series at Globe Life Field in Arlington, Texas.

This victory for the Dodgers (putting them ahead 3-2 in the series) came a night after they lost a wild Game 4, with Randy Arozarena scoring the winning run after stumbling between third base and home, as catcher Will Smith mishandled the throw, after Chris Taylor committed an error in the outfield on Brett Phillips’ RBI single that had tied it.

But Smith was confident before Sunday’s game the Dodgers would respond to the latest challenge.

“Last series against the Braves we were down 3-1,” Smith said. “We are still pretty confident we’re the best team in baseball and we’re going to win this thing.”

Kershaw, whose 189 career postseason innings are the most by any pitcher without a World Series title, lasted into the sixth, facing 21 batters, as was manager Dave Roberts’ plan. Kershaw allowed two earned runs on five hits and two walks with six strikeouts over 5 ²/₃ innings, departing after 85 pitches. Dustin May replaced Kershaw and got four outs before lefty Victor Gonzalez escaped the eighth, leaving the tying runs on base. Blake Treinen earned the save with a scoreless ninth, leaving Kenley Jansen in the bullpen after he took the loss with two runs allowed in the ninth on Saturday.

Max Muncy became the ninth Dodgers player to homer in the series, unloading against Tyler Glasnow in the fifth to put the Rays in a 4-2 hole. The run was the Dodgers’ 59th with two outs in the postseason, extending the club record.

Both runs against Kershaw scored in the fourth. Yandy Diaz stroked an RBI triple after Kevin Kiermaier’s leadoff infield single. Arozarena delivered an RBI single that brought the Rays within 3-2. But the Dodgers escaped further trouble when Arozarena was thrown out attempting to steal second to end the inning on Brandon Lowe’s strikeout.

The Rays got creative in trying to tie the game in the fourth. With two outs, Manuel Margot broke from third in a straight steal of home and was thrown out by Kershaw on a close play. Margot had walked leading off the inning and stole second, reaching third when Taylor misplayed Austin Barnes’ throw.