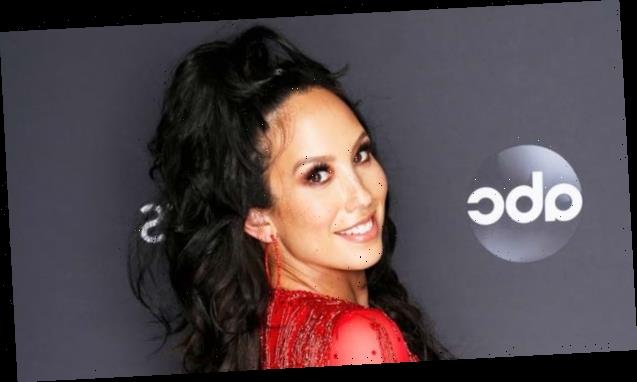 Cheryl Burke shockingly slammed her head against the ballroom floor after slipping and falling while practicing a move with partner AJ McLean during a rehearsal for an upcoming episode of ‘Dancing with the Stars’.

Cheryl Burke, 34, is recovering after hitting her head hard enough to cause an injury during a recent rehearsal for the Oct. 26 episode of Dancing with the Stars. The professional dancer was laying down after audibly falling backward on the ballroom floor while taking on an intense move with partner AJ McLean, 42, in a new clip, which was obtained by PEOPLE and can be seen here. “Cheryl and I were practicing during stage rehearsal and it did not go well,” AJ says in the beginning of the clip. “It happened so fast, I just heard her head hit the floor.”

Cheryl then holds her head, in the clip, and AJ rushes over to her and asks,” Are you okay?” It was then that a medic was called in to examine her as she held ice to the injured area. There were no specifics given about the extent of the injury and it’s unclear if the talented star will be able to dance during Monday night’s live episode, but it was certainly a scary moment!

Cheryl’s fall is not the first time one of the dancers suffered an injury on this season’s Dancing with the Stars. Pro dancer Peta Murgatroyd, who is partnered up with celebrity Vernon Davis, suffered a neck injury during their tango performance earlier this month. After she was absent from the press line during that week’s show, she took to Twitter to explain the situation.

“Sorry everyone tonight on @DancingABC I was absent from our spots after our dance. I pulled my neck and had to run to therapy. I’ll be ok but I needed to get it seen to ASAP. Thanks for the concern. Love you all and I’m looking forward to next week xxxx,” she wrote in the tweet.

We’re wishing Cheryl a full recovery after the terrifying mishap on the dance floor and we’ll be on the look out to see if she and/or AJ make any announcements ahead of tonight’s episode of Dancing with the Stars, which will air on ABC at 8 p.m. ET.