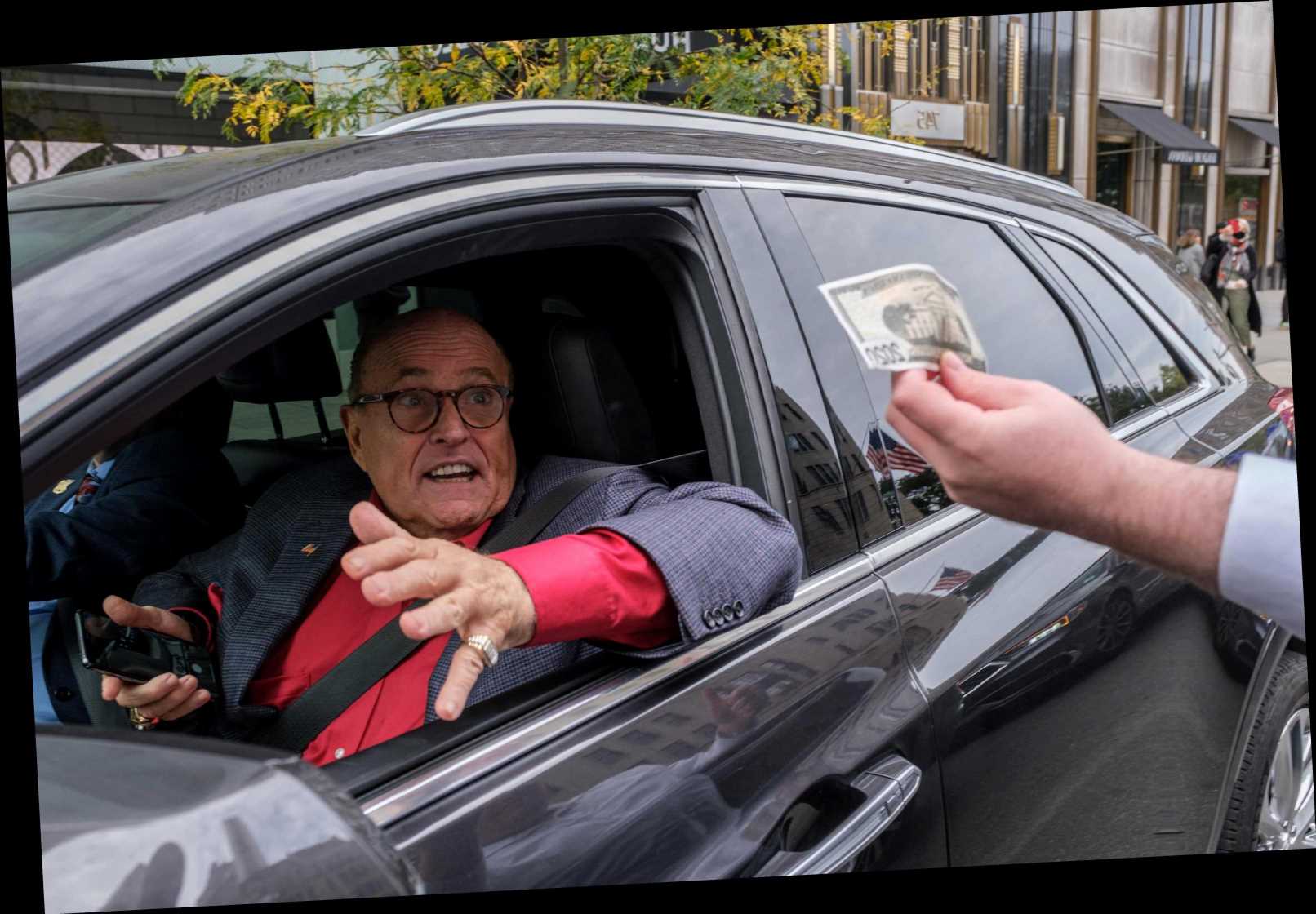 RUDY Giuliani was pelted with eggs and called "f—king scum" as a car he was in traveled through New York City. 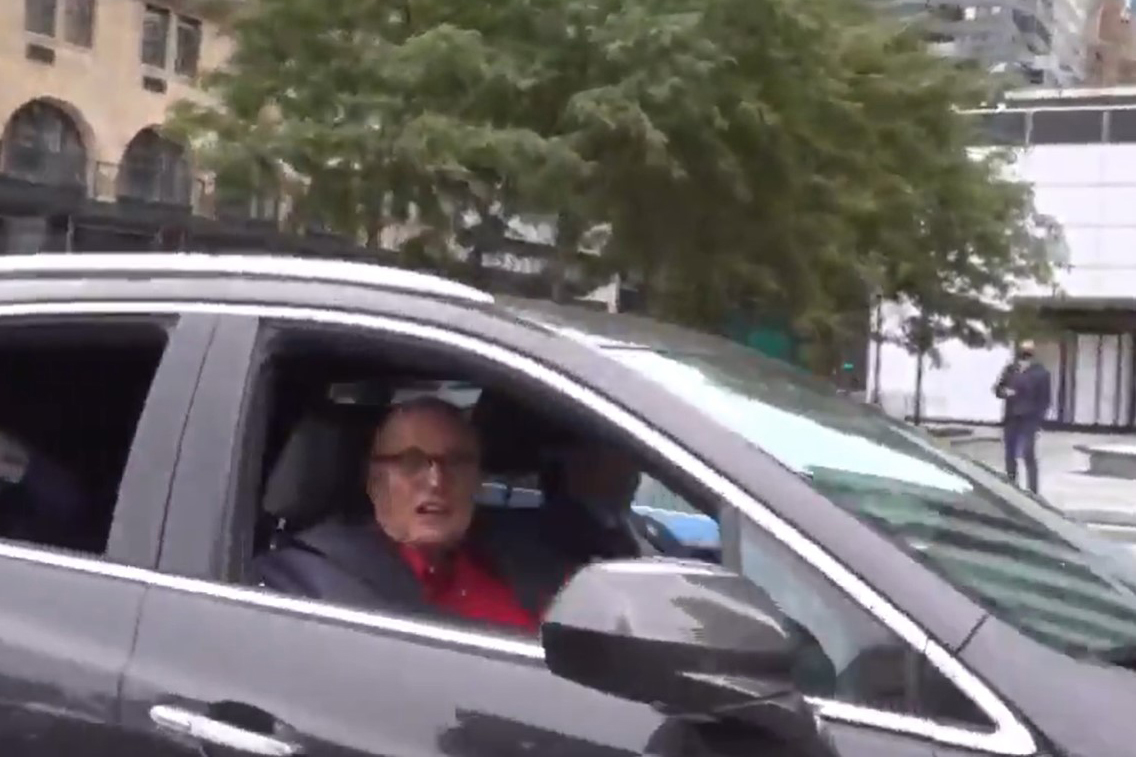 “F–k you Rudy,” one man shouted at Giuliani.

Another man yelled: “You f—-g coward, go back to f—-g Long Island.”

Footage also a protester rip a Blue Lives Matter flag displayed on one of the cars in the caravan throw it into the street.

Giuliani, with his window down, was seen calling out to a “Lieutenant” with the NYPD, who walks over and corrects him before the two briefly speak. 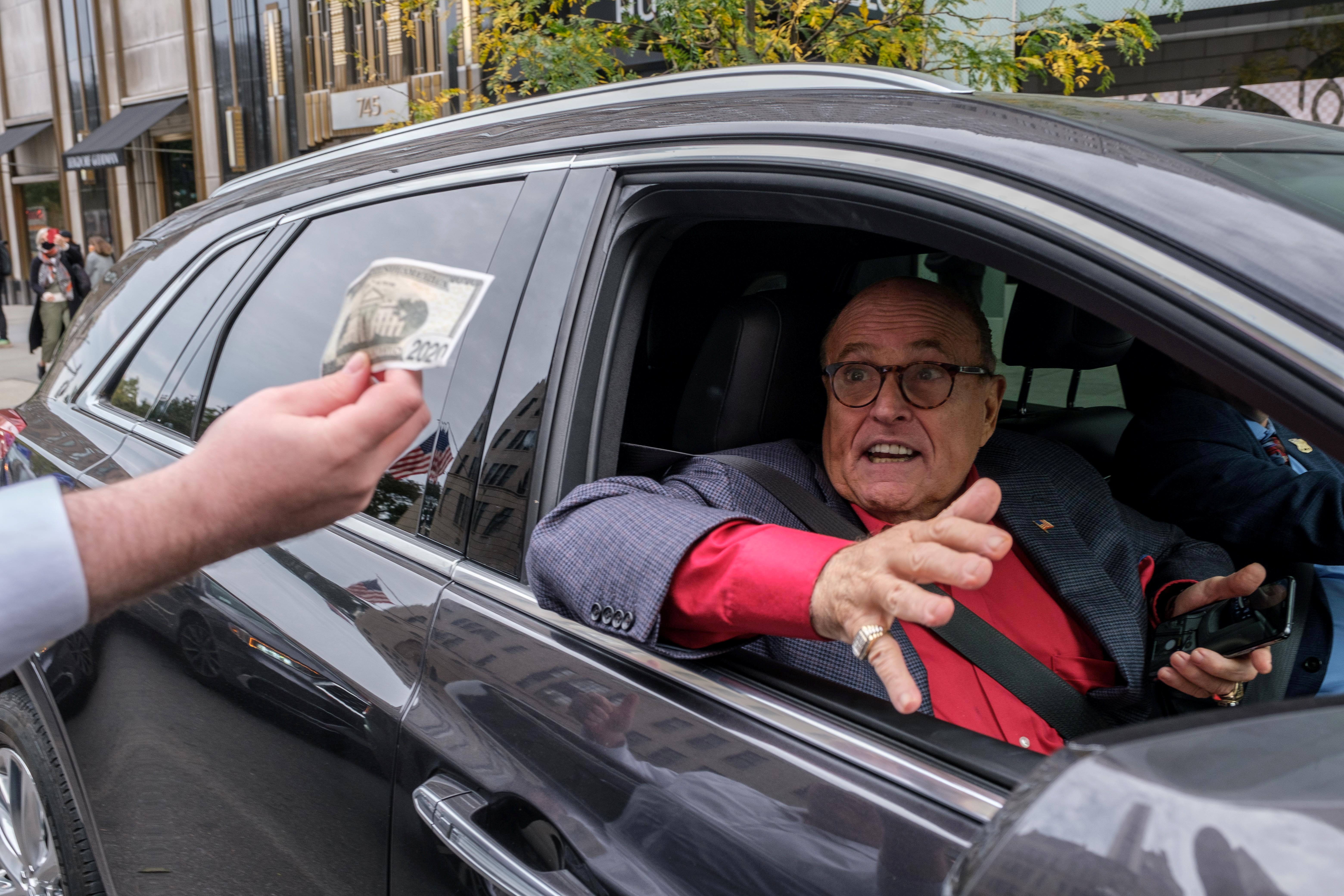 “I’m a sergeant,” the cop said in the video.

The SUV then pulls away as protesters continue to shout: “F–k you, Rudy. You f—-g piece of s–t.”

One of the cars in the caravan appeared to stop as a man shouted at protesters from a sunroof before the driver was directed by police to continue driving.

Another video posted by the NYC Scanner account on Twitter shows a man tossing eggs at the caravan as it traveled down the Prospect Park Expressway in Brooklyn.

Officers with the NYPD responded when anti-fascist demonstrators and Trump supporters clashed in Times Square.

Charges against the suspects are still pending, cops said.

No service personnel was injured during the confrontation, cops said.