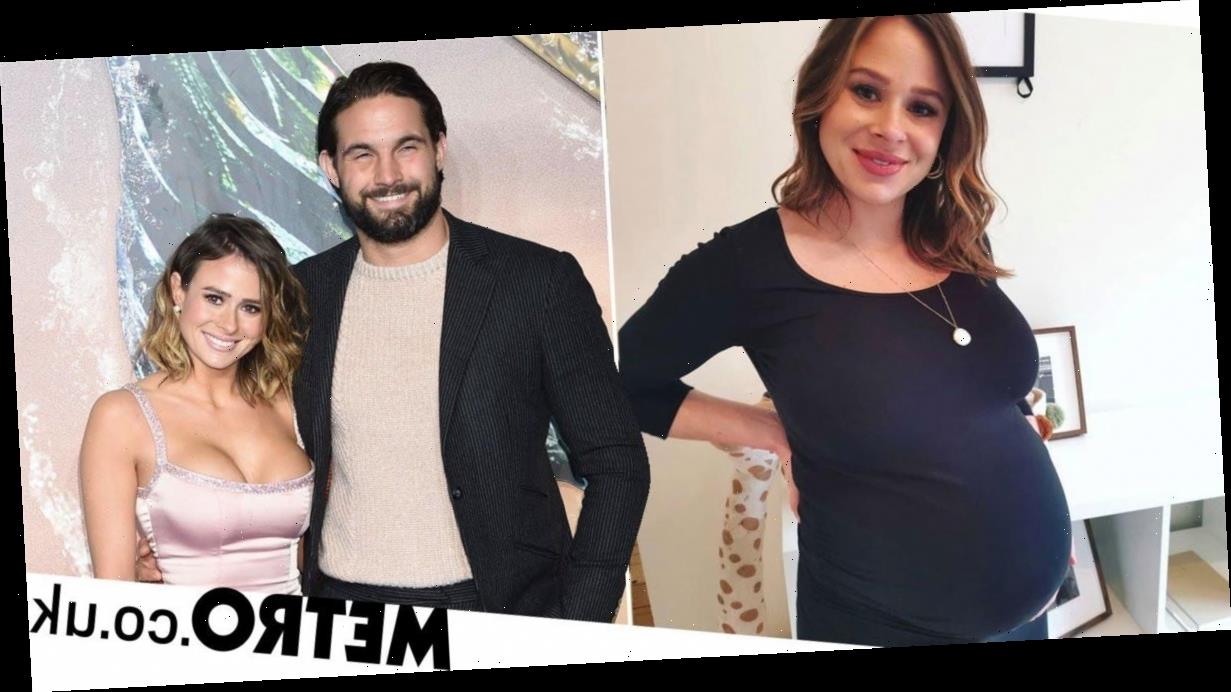 Love Island star Camilla Thurlow treated fans to a baby bump update at 40 weeks pregnant and it’s safe to say she is ready to pop.

The former islander is expecting her first child with boyfriend Jamie Jewitt, who she met and fell in love with while starring on the third series of ITV2 dating series in 2017.

The couple are set to welcome their little one any day now, with Camilla joking she has a ‘habit of overcooking things’ as she shared a pregnancy update to Instagram on Sunday.

Sharing a snap of her glowing as she cradled her huge bump, Camilla teased: ‘I do have a habit of overcooking things and it looks like this little bun is no different!’

‘Happy to have an extra few days to relax now though, after spending some quiet time offline getting organised,’ she added.

‘Now it’s just about relaxing, keeping up with the laundry and restocking the snack cupboard each time @jamiejewitt_ eats all the hospital bag snacks (and then secretly restocking it again when I eat them all 🤣) #40weeks.’

Camilla first announced she was expecting in May, with her and Jamie choosing to announce the news by enlisting the help of their family and friends to create an adorable video, where they’re all seen passing the couple’s baby scan around.

At 30 weeks, Camilla had opened up about her pregnancy journey so far and admitted that at times it has been ‘rough’.

‘I’m looking pretty happy in this photo, but if I’m honest the last couple of weeks haven’t been all smiles with the onset of third trimester sickness (which just so happened to coincide with some very hot weather and a busy work spell),’ she explained.

‘After a couple of weeks of nausea and little sleep I wasn’t sure what to do.’

She explained: ‘I started being sick all the time, having to wake up in the night to be sick, not really sleeping very well.

‘It was also the time when the British summer time just suddenly came back – it was really hot and it was quite a busy work time as well, and I started to feel really overwhelmed by it all.’

Camilla and Jamie, who previously starred on E4’s Made In Chelsea-esque series Taking New York in 2015, finished in second place on Love Island. They were runners-up to eventual winners Kem Cetinay and Amber Davies.