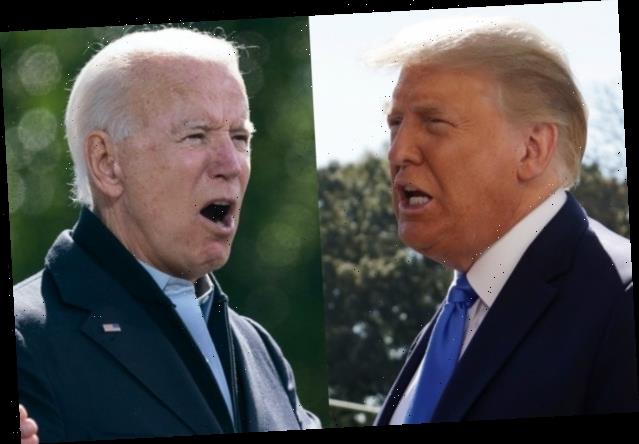 Political drama is perhaps the highest it has ever been, but don’t assume that will mean record TV ratings when Donald Trump and Joe Biden face off Thursday for their final presidential debate of 2020.

The record holder came four years ago, when Trump and Hillary Clinton scored 84 million total viewers. While that huge sum topped 1980’s Jimmy Carter vs. Ronald Reagan debate by 3.4 million viewers — though Trump-Clinton 1 also ran on 13 networks to Carter-Reagan’s three. (Plus, there are also about 100 million more people in the United States these days.)

Presently, there are even more platforms and devices measured by Nielsen: Last month’s Trump vs. Biden debate ran on 16 counted platforms. It is reasonable to assume the same platforms will carry tonight’s second meeting. Out-of-home viewing is also now recorded by Nielsen, but there’s not a whole heck of a lot of that during a pandemic — or at least, there shouldn’t be.

Before CNN joined the fray in 1992 (and the Fox broadcast network in 1996), presidential debates were quite logically only available on what was then referred to as the “Big 3” networks: CBS, NBC and ABC.

In terms of second presidential debates in the same cycle, which tonight will technically be, the current record-holder is 1992’s Bush-Clinton-Perot debate, with 69.9 million viewers. Carter and Reagan only debated the one time, so they didn’t have an opportunity to compete in this paragraph.

Clinton-Trump 3 is the most-watched third debate in a cycle, which tonight was supposed to be, with 71.6 million viewers. When current-day Trump shirked a virtual second debate after contracting COVID-19, that Oct. 15 screaming match was scrubbed — though the candidates appeared in dueling town halls that night, when Biden on ABC upset Trump’s NBCUniversal simulcast in audience size.

While Trump and Biden will both be draws on Thursday to attract a TV crowd, the incumbent and the challenger will face some pretty stiff competition from the NFL.

The New York Giants (1-5) and Philadelphia Eagles (1-4-1) are set to kick off at 8:20 p.m. ET on Fox and the NFL Network, as well as streaming on Amazon. While both are bad teams this year, a fierce NFC East rivalry will batter viewership in the country’s largest media market.

Historically, presidential debates are not accustomed to sharing the stage with pro sports. (Carter-Reagan was on a Tuesday and aired without any NFL competition. And Bush-Clinton-Perot 2 squared off on a Thursday — before NFL games aired on Thursday nights.)

But the first Clinton-Trump debate was able to achieve record viewership despite NFL competition. The political showdown happened on a Monday, when eight million TV viewers instead watched Atlanta Falcons played the New Orleans Saints on ESPN’s “Monday Night Football.” Though “Monday Night Football” is a highly rated property, cable still has a lower delivery (and less accessibility) than broadcast TV.

That NFC South rivalry game plummeted in viewership from the prior week (-34%) and year (-41%), despite Falcons-Saints being a relatively close and high-scoring affair. In fact, the game was the least-watched “MNF” of that season.

Tonight’s superior media markets and over-the-air delivery system for the football should make it outperform the 2016 cable contest, but the way sports ratings are struggling these days, while we’d bet on it, the house isn’t on the table. (Speaking of which, sports book BetOnline.ag has the Over/Under for Trump-Biden 2 viewers at 67.5 million, which would place it 7th all-time.)

Either way, while the second Trump-Biden debate will sack Thursday’s NFL audience, a few million potential debate viewers (like this writer and former Giants season-ticket holder) will pick the pigskin.

Finally, even if there are still (somehow) some undecided voters this close to Election Day, according to The Washington Post, at least 42.1 million Americans have already cast their vote, which is on pace to shatter early voting records. In other words, any of those people who tune in to the debate tonight are doing so simply for entertainment purposes. We’re not denying the entertainment value of the insanity, but anyone who has already cast their ballot can confidently avoid the circus if they so choose.

Trump-Biden 2 begins Thursday at 9 p.m. ET. We’ll get our first taste of TV ratings for the broadcast stations around 11 a.m. ET on Friday. A few hours later, cable and then final Nielsen numbers will come in.

The Nashville, Tennessee, debate is being moderated by NBC News White House Correspondent Kristen Welker. Good luck to her.