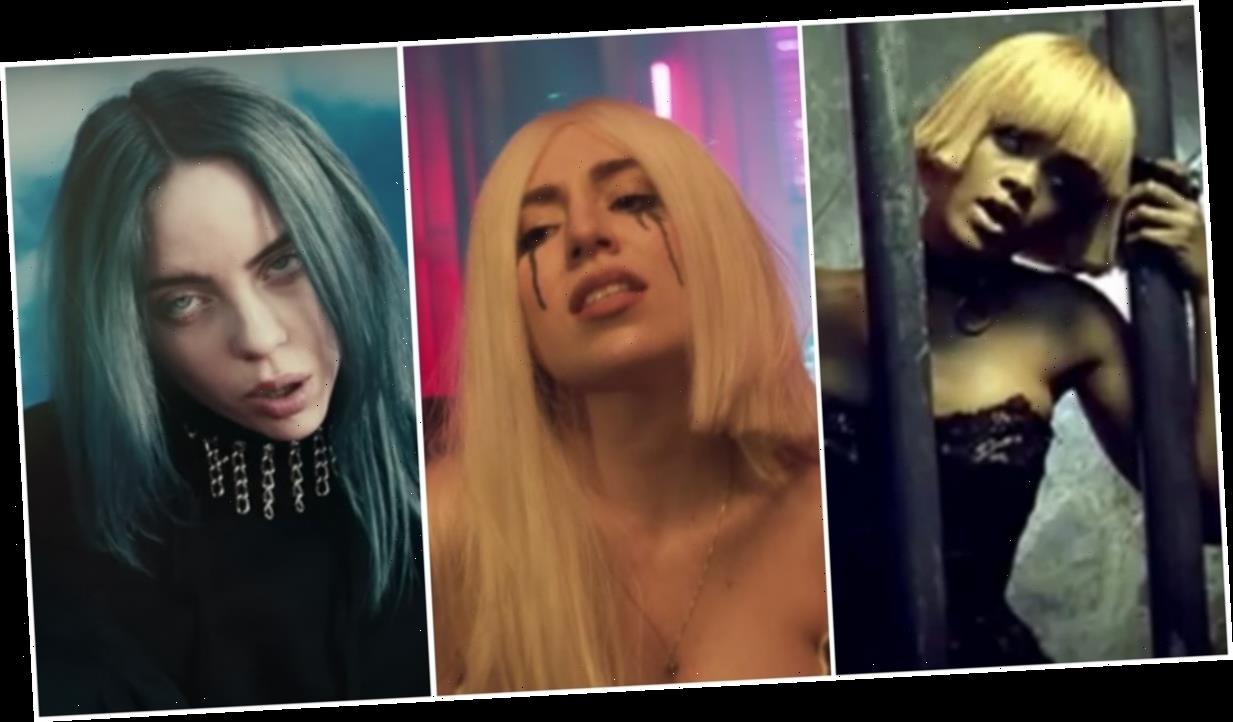 Every holiday needs a perfect soundtrack, and while there’s countless Christmas songs out there, it can be a little harder to find a quality Halloween tune. Thankfully, I’ve got you covered on the perfect playlist to throw on for carving pumpkins, devouring candy, or hosting an epic costume party. These pop songs for Halloween playlists have just enough spookiness to go around.

With the right music, any time spent with friends can be a howling good time. Often times, pop stars don’t even set out to make a Halloween-themed song, but add just enough darkness to make it pass for one. For example, Rihanna’s "Disturbia" is a staple on the airwaves whenever Halloween rolls around, though, seeing as she released the bop in June, she probably didn’t intend for it to be a holiday song.

The songs on this list are chock full of brooding melodies, eerie sound effects, or straight up creepy lyrics, so beware: you might want to grab a friend for your at-home listening party. Either way, it’s time to cue up each song and get the scary season started right.

The monster that Rihanna refers to in her collaboration with Eminem is actually herself, and she sings all about the dark side of fame in the 2013 track. The music video is equally dark, and I’m so here for an introspective spooky bop on All Hallow’s Eve.

If the blood curdling scream at the beginning of "Sweet But Psycho" doesn’t give you the chills, I don’t know what will. Max’s debut single crept its way to the top 10 of the Billboard Hot 100 Chart, and was her first-ever top ten song in the U.S. Surely, the screech she incorporated helped grab up attention.

3. "My Strange Addiction" by Billie Eilish

Billie Eilish has spooky vibes down to a science. Since the inception of her career, Eilish has been anything but your "typical" pop star, and her music is far from bubble gum pop. "My Strange Addiction" is one of the most-haunting tracks off her debut album When We All Fall Asleep, Where Do We Go? which also included an incredibly creepy cover.

Another spooky bop from Eilish’s debut album? Yes please. Eilish swears she’s "only good at being bad" in track two off When We All Fall Asleep, Where Do We Go? and her slithering voice throughout the bop makes me believe it.

5. "Close Your Eyes" by Kim Petras

Make way for the Halloween queen. Kim Petras loves the spooky holiday so much, she released an entire album dedicated to it. Her Halloween-themed album Turn Off the Light arrived in October 2019, and "Close Your Eyes" was just one of the many scary songs included.

The title of Kesha’s November 2010 song is already creepy enough, but her lyrics really take the spooky factor to the next level. In "Cannibal" Kesha sings, "I eat boys up, breakfast and lunch, Then when I’m thirsty, I drink their blood, Carnivore, animal, I am a cannibal."

It’s simply not Halloween season until someone plays "Disturbia." Like I said, the dark track has become a Halloween staple, and if you’re not including it on your Halloween playlist, you’re doing it wrong.

In all honesty, Lady Gaga makes it feel like Halloween all year round. Fans never know what bizarre, outlandish costume Mother Monster is going to step out in, and she always keeps them on their toes. It’s no wonder she had a few spooky songs under her belt.

"Bad Blood" isn’t scary per say, but it was definitely daring for Swift upon its October 2014 release date. The song’s lyrics were reportedly rooted in her feud with Katy Perry, though the two pop stars have since patched things up and have even been known to send each other baked goods.

After rising to fame with his hit "Roxanne" (and totally taking over TikTok) Zervas’ follow-up arrived just in time for the spooky season. "You only love me when you’re lonely/ I put the roses in the grave," he sings on his song "RIP."

With 17 spooky tracks in her Halloween-themed album, Kim Petras was deserving of multiple spots on this list. In "There Will Be Blood," she urges listeners to "run for your life," and the chilling track will have your heart beating a little faster.

In Halsey’s "Ghost," the ghost of the track is actually a former lover — one Halsey can no longer seem to find. The 2014 track was one of her earliest singles, and paved the way for all of her best singles to come.

You can’t talk pop music without talking Queen Bey. "Haunted" isn’t exactly a Halloween song, but Bey’s powerful lyrics about the haunting reality of society will still give you the chills.

Lana Del Rey’s entire Born To Die album had a morbid feel to it, but "Gods & Monsters" especially did. The song was even included in an episode on American Horror Story, solidifying it’s spot among pop’s spookiest bops.

Jonas brought the magic with "Voodoo" in June 2016, penning a song all about the feeling of being too attached to a lover. The song coincided with a psychedelic music video filmed in New Orleans, and it included plenty of creepy imagery.

You can’t knock a classic. Since being released in November 1982, "Thriller" has been the soundtrack to countless Halloween bashes, haunted houses, and dance parties. After the King of Pop delivered the ultimate spooky bop, his album of the same name went on to become the world’s best-selling music album in history.