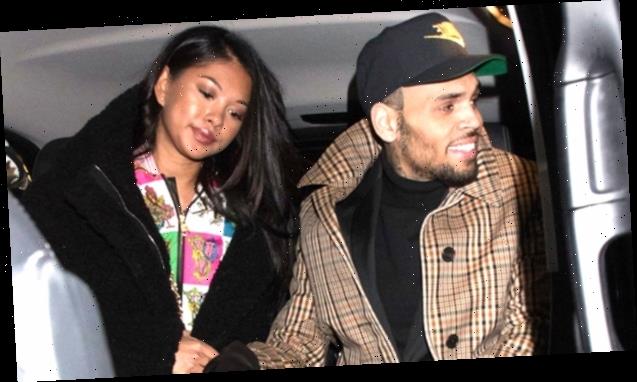 Aeko Brown has found his zen while enjoying a beach vacation with dad Chris Brown and mom Ammika Harris. Ammika’s photo of her little boy ‘meditating’ is too much.

Life is good for Aeko Brown. The 11-month-old is currently enjoying a tropical vacation with dad Chris Brown and mom Ammika Harris, and from the looks of it, he’s basically transcending. Ammika posted an adorable photo of her baby sitting on the beach somewhere beautiful, covered in sand and just enjoying the sun on his skin.

Meditating and you? 🧘🏽‍♀️

With his eyes closed and his arm outreached, it looked like Aeko was really feeling it. Ammika joked in her caption that the little guy was “meditating” when she snapped the photo. Chris isn’t pictured with Aeko, but the “Forever” singer, 31, posted to his Instagram story that he was right by the “baby’s room” while recording some music. Chris recently reunited with Aeko and his ex-girlfriend after being separated overseas by quarantine, and it seems like they’re making the most of their time together.

Just days before the tropical getaway, Chris headed to London with Ammika and Aeko in tow. The singer was spotted carrying his little guy out of a venue in the SoHo neighborhood on October 15 with Ammika and his friend, Rita Ora. Since then, Chris, Ammika, and Aeko have been absolutely inseparable.

A source told HollywoodLife EXCLUSIVELY earlier in October that reuniting with Aeko “meant the world” to the doting dad. “Chris is obviously thrilled to be reunited with Aeko after all this time,” the source said. “Chris loves Aeko with all his heart and he’s been keeping updated on every aspect of his life along the way while they’ve been apart with videos, photos, and by FaceTiming with Ammika. But to be reunited in person and to be able to hold Aeko, play with him, hug him, and kiss him means even more.”