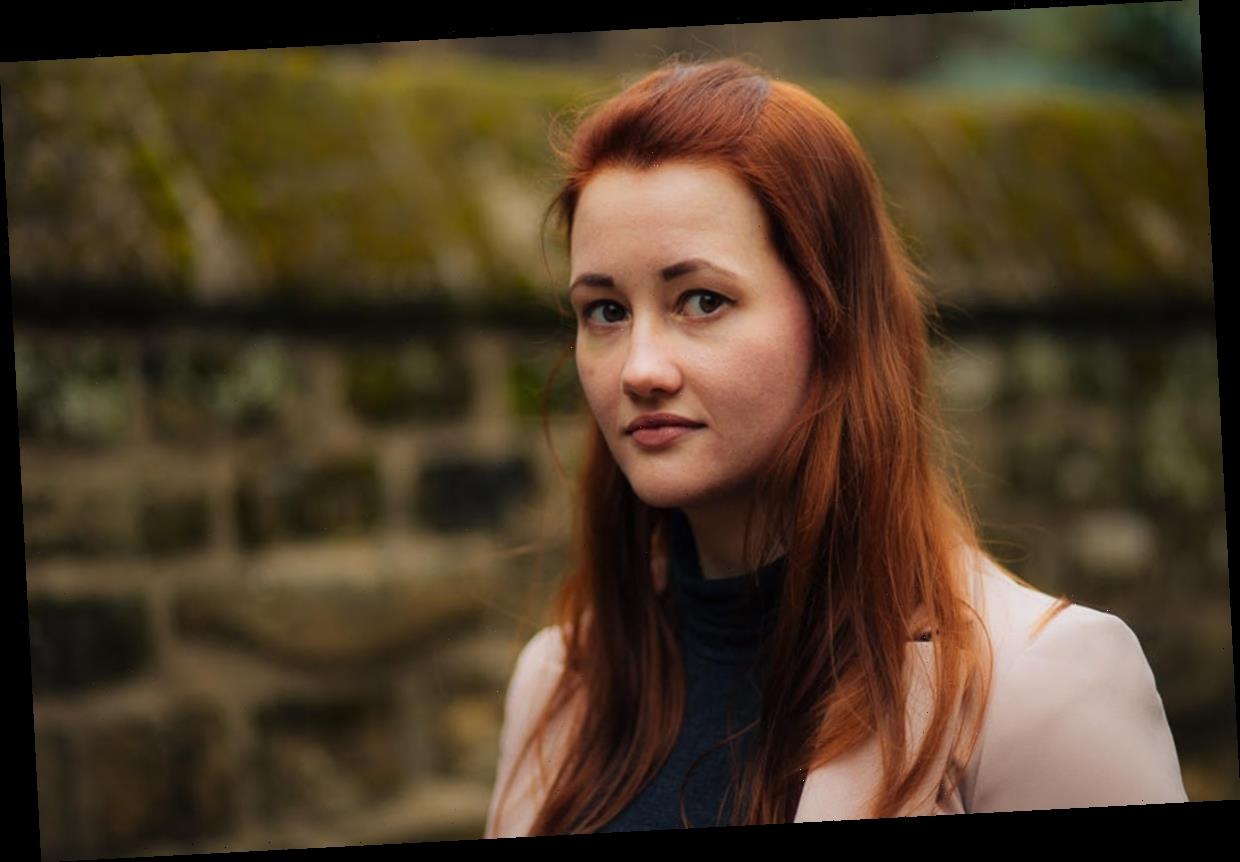 The Gideon the Ninth author’s new novella trilogy is inspired by her obsession with the Old West.

Tamsyn Muir has carved out a literary niche for herself as the queen of the lesbian necromancers. The 35-year-old author first exploded onto the science fiction and fantasy scene with her 2019 debut, Gideon the Ninth. The novel was the first installment of Muir’s Locked Tomb trilogy, which follows best frenemies Harrow and Gideon: a noble-born necromancer and her cavalier guardian, respectively. And between Muir’s openly queer cast and her dialogue dripping in internet culture — think: references to Daniel Radcliffe’s much-gifed SNL skit and memes like I Studied the Blade — the Locked Tomb trilogy became a welcome reprieve for LGBTQ+ millennial readers who can’t often find their experiences in the pages of mainstream fiction.

"[If you look at] SFF through the lens of social media you’d think that every book was about gay wizards now," Muir tells Bustle of the attention the Locked Tomb trilogy and books of its kind are getting. "But when you get out into bookstores [there’s only] like six books with gay wizards. But [these books] they make a splash."

Which is exactly what Muir’s works have done, thanks to an early review of Gideon. In a cover blurb for the book, veteran sci-fi author Charles Stross described it as "Lesbian necromancers explore a haunted gothic palace in space! Decadent nobles vie to serve the deathless Emperor! Skeletons!" And it didn’t take long for "Lesbian necromancers… in space!" to become the unofficial viral tag line for the entire Locked Tomb trilogy.

But beneath the virality was an incredibly original book, one that garnered a spot on the New York Times bestseller list and vied for SFF’s top literary prizes, earning Nebula, Hugo, and World Fantasy Award nominations and winning the 2020 Locus Award for Best First Novel.

Ahead of the release of her third Locked Tomb novel, 2022’s Alecto the Ninth, Muir has secured a five-book deal with the publisher that will take her readers on a new set of adventures. Muir’s slate of new releases begins with Go Marching In, the first of a cyberpunk novella trilogy about a gunslinger pulled out of retirement. After penning a trilogy full of characters she affectionately refers to as "trash lesbians," the author is ready to move on to an all new — but just as queer — setting.

Below, Muir muses on spec-fic, the Old West, and eating McDonald’s outside her local gay club.

Your main characters, Gideon and Harrow, are classic "disaster lesbians." Why is this kind of messy representation so important to your storytelling?

I grew up in the era where you were seeing lesbians at their messiest [in entertainment]. We had Rent. That was it for representation. Then we went through a period [where] we got kind of perfect lesbians, but none of them matched me or any of my friends, who were all just complete trash gremlins.

My gay experience was eating McDonald’s at 2 a.m. outside the one gay club that had lesbian night like once a month, [with] all of us discussing the one chick inside who kind of looked like Harry Potter. We were going to sleep in our own makeup, wearing rainbow-colored tops, going on crappy holidays. [We were] trash in the genuine sense of the world.

So as I was going to write Gideon, I was just like, "I’m going to write lesbians as my 17-year-old self understood them — the other girls she was talking to, the girls she would go on to meet, [and] the elder stateswoman lesbians we wanted to be, because they had really sensible shoes and they cycled. So when people went up to Gideon as the Trash Lesbian — I [was like I] don’t deserve that, but I love that!

If you wrote Gideon for your 17-year-old self, who are you writing for now?

I’m going to keep writing for her until the series has ended. I owe her so much, and she was so trashy herself. But you know, she was very, very isolated. It was the really early [2000s] and people don’t remember how wildly difficult it was to be gay at that time. So I have to keep writing this stuff for her, as a kind of thank-you present.

When did you first start to see a space for Sapphic relationships in speculative fiction?

When I first started writing spec-fic, I thought I kind of couldn’t be gay, because [my stories] would [only] get published in specific queer presses. When I wrote my first gay [spec-fic] story, it felt so self-indulgent. I was like, "There is no real space for this, because it’s not a gay tragedy story or a story about how sad it is to be gay."

But that wasn’t the case at all. There was a huge appetite. I felt so much genuine kindness and support. Then when I wrote the novel, I still didn’t think there would be a space for it. So when [my publisher] really leaned in hard on the gay necromancy, I was like, "Yeah, just be out with it!" I didn’t want anybody to open it up and be like, “Hey, there’s lesbian sh*t in here!” Or worse, to congratulate me [on flying] under the radar, like, “The lesbianism is so subtle!” I wanted people to know going in that it was just trash lesbian, necromantic sh*t.

Gideon, A Memory Called Empire, and The Priory of the Orange Tree all came out in the same six-month span. Do you feel like that’s opened up a space for queer women’s stories in spec-fic?

I mean, how could it fail to? It hit like a gay comet! I really am privileged to have been part of those books, and there were so many other books published that year that were also women loving women. I think that all of them coming out at once proved that you can pitch your book as gay and not feel like [it] is only going to get bought by three very specific people.

What can you tell us about Go Marching In?

I love two things in this hot and terrible world. One, I love cyberpunk. I always have. And I love cowboy films. I think that cyberpunk, at its heart, is using all of these Old West tropes. I wanted to write my own gunslinger story, but because I never get off my bullsh*t, [I’m writing] lesbian cyberpunk under the sea.

It’s weird thinking that I’m going to head back into dystopia. Cyberpunk is always about a future that’s not going to be here for much longer. Punk is always about, here’s the worst-case scenario, let’s just roll around in it. But in a way, that’s kind of cathartic.

Is "lesbian gunslinger under the sea" the new "lesbian necromancers in space?"

Yeah, absolutely. [The book] isn’t simply under the sea, it’s about cyberpunk lesbian gunslingers at the end of the world. So I’ve got my heroine, who is a gunslinger retiree in her 40s who is completely done with that sh*t. Because I also love movies where they go to some guy in a cabin living out in the woods, and they’re like, “We need you back!” And he’s like, “No, all that’s behind me.”

That never gets to be a woman! Almost never. So I want to do that — dash of cyberpunk, big ol’ glop of cowboy — and I’m really looking forward to writing it.

This interview has been edited and condensed.