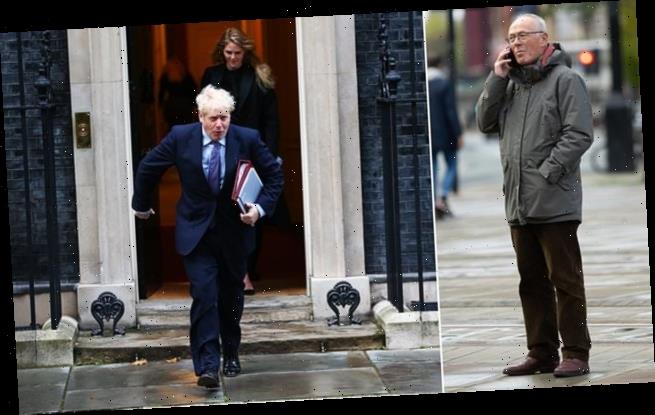 Manchester leaders and local MPs have urged the Government to spend £14 million a month to shield the most vulnerable from coronavirus instead of moving to Tier Three restrictions.

A plan pushed by Sir Richard Leese, the leader of Manchester City Council, would see the elderly and people with underlying health conditions told to shield in order to avoid a business shutdown.

He claimed the approach would cost less than a fifth of the likely impact on businesses of moving into the top tier of restrictions.

His proposals received the support of a handful of Tory MPs and Mayor of Greater Manchester Andy Burnham said this morning they should be ‘looked at seriously’.

However, the plans have been given short shrift by the Government, with a spokesman arguing it would be ‘completely wrong’ to ‘lock up the elderly and vulnerable’. 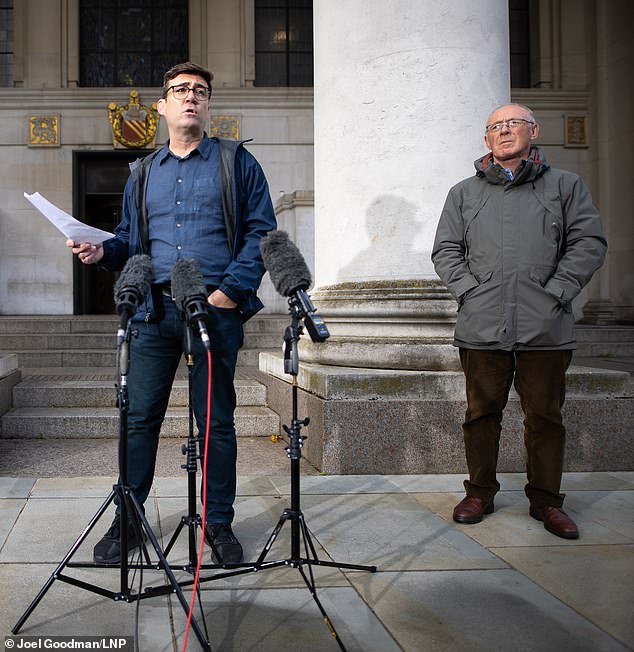 Sir Richard Leese, pictured alongside Andy Burnham, urged the Government to fund a shielding programme for the vulnerable to avoid moving into Tier Three rules 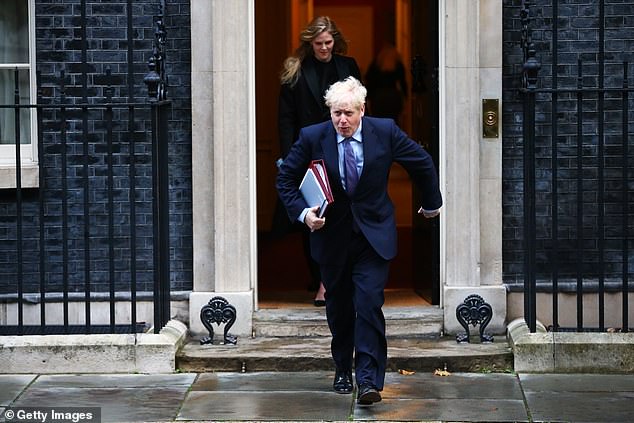 A decision on moving the Greater Manchester region into Tier Three is expected to be taken by the Government today, either with or without the agreement of local leaders after a prolonged stand off.

A shift to Tier Three would see pubs, bars and restaurants told to close, delivering a hammer blow to the region’s economy.

Sir Richard questioned the wisdom of a business shutdown and suggested a shielding programme would provide a better way forward.

He was quoted by The Telegraph as saying: ‘Most people who test positive are not getting particularly ill. They are not the problem.’

He added: ‘If this is the evidence, wouldn’t it be better to have an effective shielding programme for those most at risk, rather than have a blanket business closure policy of dubious efficacy?’

He was backed by senior Tory MP Sir Graham Brady who said there is ‘no reason to think that closing some pubs and bars would have a significant impact on the spread on the virus’.

He was also supported by local Tory MPs James Daly and Chris Green who said the approach should be to ‘keep our hospitality running up to Christmas and support people at home if they are deemed vulnerable’.

Mr Burnham said this morning he thought shielding of elderly and vulnerable people in Greater Manchester needed to be ‘looked at seriously’ and suggested it was ‘part of the solution’.

But a Government spokesman told Politico: ‘It would be completely wrong and unfair to try and lock up the elderly and vulnerable while allowing coronavirus to spread freely.’

The Government has given the region’s leaders until noon today to agree to move to Tier Three.

Sir Richard said last night he still hoped it would be possible to find an agreed way forward in the hours remaining.

However he acknowledged they would have no choice but to comply if ministers decided to impose the most stringent Tier Three restrictions.

‘I am hoping that tomorrow (Tuesday) morning we will be able to sit down again with ministers and come to an agreement which will serve the best interests of the people of Manchester,’ he told BBC2’s Newsnight.

‘Clearly if Government imposes Tier Three – and I hope that won’t happen – we will clearly need to comply with that.’