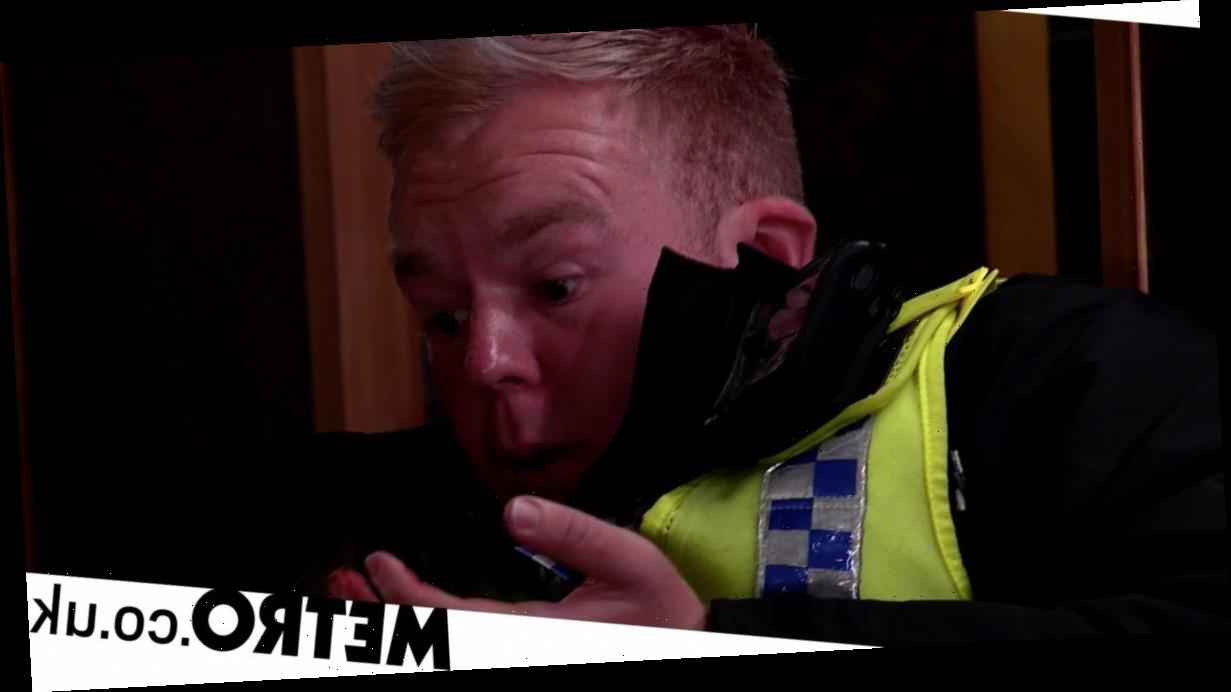 Heroic Craig Tinker (Colson Smith) could be about to pay for his boldness with his life when he tackles unhinged criminal Scott (Tom Roberts) as he robs the Bistro in Coronation Street – and ends up getting shot. But will he die in the line of duty?

Ray Crosby (Mark Frost) tells Faye Windass (Ellie Leach) that he’s entertaining some investors that evening and he’d like her to act as hostess.

Reminding Faye about Ray’s reputation, Craig asserts he’ll park himself at the bar to keep an eye on things. As Scott talks Johnny Connor (Richard Hawley) through the details of the robbery, revealing he’s carrying a gun, Johnny’s horrified and refuses to take part.

Scott tries to force Johnny into the car but he suffers a severe MS attack and collapses. He tells Scott he desperately needs his meds but Scott smashes the phone and knocks Johnny unconscious. Ray has a poker game in full swing when a masked Scott bursts into the bistro and brandishing his gun at Faye, orders everyone to do as he says.

Johnny staggers to a phone box and reports the robbery to the police. Pointing his gun at Faye, Scott orders Ray and his mates to hand over their cash.

Craig hears the call, aware he should wait for backup, but fearing for Faye’s safety, Craig enters the bistro.

Grabbing the cash, Scott makes a dash for the door but Craig attacks him with a chair. The gun goes off and Craig slumps to the floor as Scott legs it. As Craig and Johnny’s lives hang in the balance will Scott make his getaway? And will Craig and Johnny survive?