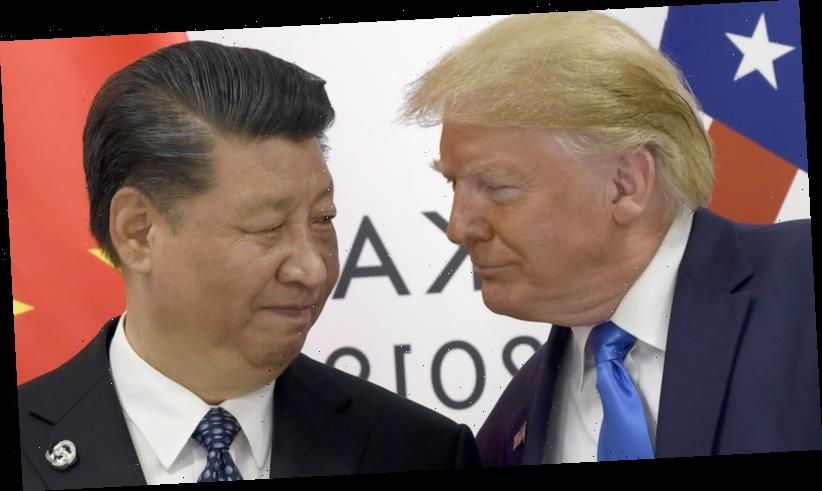 Middle powers Australia, Vietnam and Taiwan are the only countries to have gained influence in Asia during the coronavirus crisis, while China maintained its standing and the clout of the US, India and Japan waned. 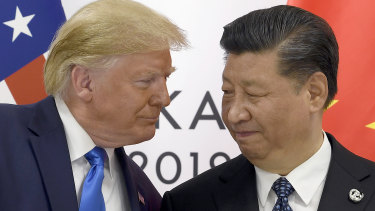 US President Donald Trump and Chinese President Xi Jinping are presiding over an increasingly volatile region.Credit:AP

The comprehensive study of shifting power in the region revealed a "race to the bottom" throughout the region, with 18 countries suffering big falls after being smashed by COVID-19. The previous year, 17 countries recorded upgrades.

Australia overtook South Korea as the region's sixth most powerful country due to a four-place improvement in cultural influence and a big boost in diplomatic influence, driven by its international and domestic handling of the coronavirus. The Morrison government in April used its suppression of the virus to lead the push for a review into the world’s response to the coronavirus outbreak.

Australia performed best on defence networks measures, placing second due to its strong military partnerships throughout the region, while its lowest rankings were for economic capability and future resources. The inclusion of Papua New Guinea in this year's index helped enhance Australia's influence in the Pacific.

Australia trended slightly down in military capability and resilience, with the latter due to major ecological threats such as bushfires.

While the US remains the most powerful country in the region, it had the largest fall in relative power of any Indo-Pacific country in 2020 and its 10-point lead over China two years ago has halved. The US suffered the biggest reputational hit for its domestic and international handling of COVID-19.

China's power was unchanged despite diplomatic and reputational damage from the pandemic, with its growing economy holding its overall position. Beijing's fast rebound from COVID-19 is expected to widen the power gap between it and the rest of the region over the next decade.

Mr Lemahieu said a "race to the bottom" was being driven by the politics of the pandemic as much as the virus itself.

Although the power gap between China and US had narrowed, he said the pandemic had not been "cost-free" for China due to its bungled initial response, lack of transparency and handling of the politics of COVID-19.

Mr Lemahieu said the US could immediately arrest its decline by recommitting to the "multilateral rules-based system" including rejoining the World Health Organisation and the Paris Climate Agreement.

The US and China are classified as "super powers" in the region, while Japan is now the only major power and is just one point shy of being downgraded to a middle power. Its economy is expected to take most of the next decade to recover from the pandemic.

India lost its "major power" status and is now expected to take a lot longer to be China's peer competitor as it struggles to contain the virus. India's economy is set to be 13 per cent smaller in 2030 than forecast prior to the pandemic – a $3 trillion hit to the economy.

Taiwan and Vietnam both jumped up the ladder on the back of their success in handling the global pandemic.

Mr Lemahieu said some of the countries that performed best in coming to grips with the virus – South Korea, New Zealand, Singapore and Japan – had actually registered declines in overall power.

"That implies competent handling of pandemic is not necessarily the sole condition for shoring up the regional standing of countries," he said.

He said Asia had done better than other regions in tackling the worst consequences of the pandemic in terms of its spread but because there was such a concentration of emerging economies, the region was disproportionately economically hit.

He said the emerging powers of India and Indonesia stood to lose the most from the virus when compared to the trajectory they were on before COVID-19 hit.

"India still has the potential to become an Asian superpower but that potential has been deferred for several decades from now – it's a long game and it's not a linear rise. We have to understand India on its own terms, its strengths and weaknesses."

Our weekly newsletter will deliver expert analysis of the race to the White House from our US correspondent Matthew Knott. Coming soon. Sign up now for the Herald‘s newsletter here, The Age‘s here, Brisbane Times‘ here and WAtoday‘s here.