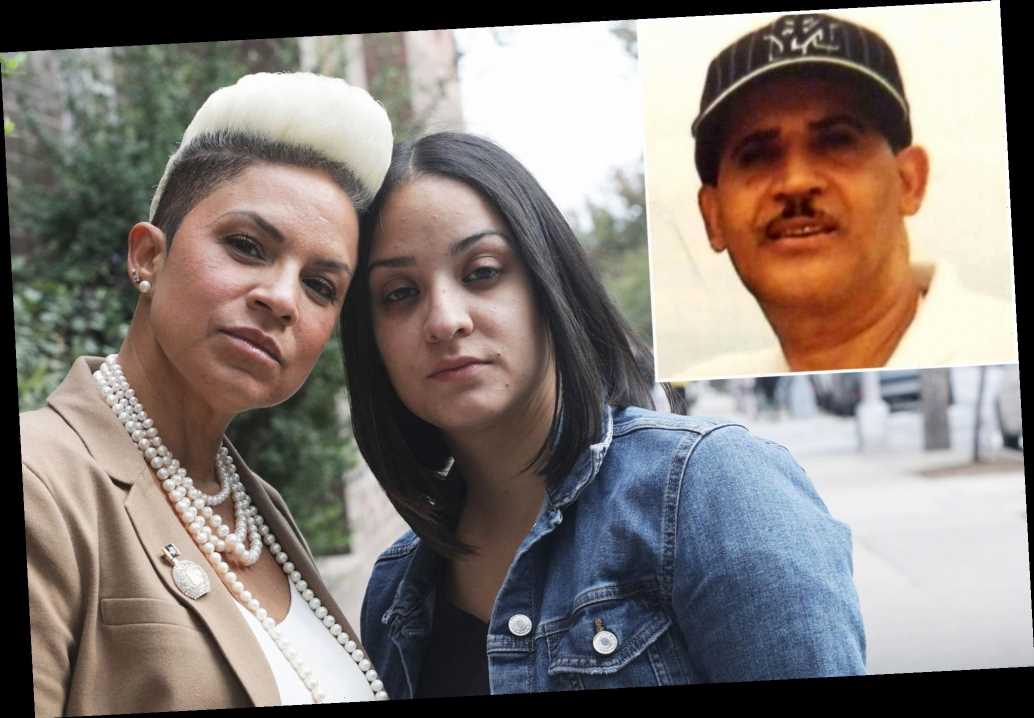 Five sisters have broken their decades-long silence to reveal to The Post how a recently convicted pedophile — once bailed out of jail by a Bronx non-profit — abused them when they were children.

The women recounted horrific tales of being raped before age 13 and forced to perform oral sex as young as 6 — with the eldest sibling saying she sacrificed herself to monster stepdad Luis Olivo at age 10 in a futile bid to get him to leave her younger sisters alone.

“This has been killing me my whole life,” said  Elba Garrison, 48, explaining that she told Olivo to abuse her as long as he didn’t harm the others.

But Garrison learned recently that her sick former stepdad, 59, never stopped abusing her siblings and other children, as well — including a little girl he molested after being released with the help of a bail-reform group.

The sisters found out Olivo molested a 3-year-old boy in Queens in October 2019, then was let out of jail when the Bronx Freedom Fund posted his $2,000 bail — leaving him free to molest an 8-year-old girl two months later.

After learning Olivo was still committing twisted crimes, the women finally told each other the full extent what he had done to them, too.

“We learned to survive and be OK with it — but it destroys you on the inside,” Olivo’s 35-year-old daughter, Heiddis Olivo, said of the abuse she and her four half-sisters, all of whom have the same mom, allegedly suffered at her dad’s hands.

The sisters said they decided to talk to The Post in a bid to potentially help others.

“You don’t ever think anyone would ever believe you,” Garrison said. “But when we found out he had been arrested, we thought, ‘He really never changed, and there must be more victims.’”

The women painfully detailed how Luis forced them to perform sex acts after he began living with them and their mom in Bushwick, Brooklyn, around 1983. He ended up leaving the home in 1992, when he and their mom broke up.

The sisters said they don’t believe their mother was aware of the abuse at the time.

One of the siblings, Kathy King, 45, said through tears that Luis began molesting her when she was 9 — and that the abuse escalated over time.

“I wasn’t even a teen yet, and that’s when he did the bad deed and pushed me down on the bed and told me not to say anything. He said, ‘This is just between you and me,’ ” King said.

“It was just terrible — I still remember the color of my underwear,” King said, breaking into sobs. “He raped me on my mother’s bed. … It happened multiple times.”

Another sibling, Tahsha Hernandez, 38, said she was forced to perform oral sex on her stepdad when she was between 6 and 8 years old,

“I always did what he said because I didn’t want to get in trouble [with Olivo]. I knew my mom loved him,’’ Hernandez said.

“It happened several times a week, probably for a year. For me, it felt like forever.”

Garrison, who fled the home at 15 because of the abuse, said her stepdad had been performing oral sex on her and molesting her in other ways for several years.

She said she eventually made her deal with the devil because “I really thought I was keeping my sisters safe.”

One sister, Jocelyn Hernandez, 42, said Luis Olivo started playing touching “games’’ with her when she was 5 or 6 years old.

She said she last saw her stepdad when the pair bumped into each other on an M train at Knickerbocker Avenue in Brooklyn  around  1996 — and the pathetic pedophile desperately tried to make amends.

“He said he found God and was really sorry about what he did to us when we were kids,’’ Jocelyn said. “I told him I forgave him, and he broke down crying.’’

Heiddis said it took her years to realize that the “horsey’’ games her father liked to play with her when she was 5 or 6, which included him rubbing his private parts against her, weren’t innocent.

She said she was disgusted to learn that he was continuing to use “games’’ to molest children when he lured over a 3-year-old boy in a laundromat with candy and a balloon before abusing him last year.

“It’s beyond sad to learn he continued to do this,” Heiddis said.

The pervert was arrested for the crime Oct. 19, 2019 — only to be freed that Nov. 4 thanks to the Bronx Freedom Fund and rearrested less than a month later for sticking his hand under an 8-year-old girl’s skirt at a Jamaica mall and groping her.

“The non-profit should really be caring about these poor, defenseless children. [Luis] doesn’t deserve any help from anyone,” Heiddis said.

“I know because he did the same to me, he did it all my sisters.’’

The bail-reform group is the same one that paid to free groping suspect Randy Santos from jail in August 2019 — only to have Santos allegedly go on kill four homeless men in Chinatown three months later.

Luis Olivo pleaded guilty to his 2019 sex crimes this past July and is serving a five-year sentence at the Marcy Correctional Facility in upstate Oneida County.

As with many child-abuse victims, the sisters said they were too scared and intimidated to come forward with their stories till now.

Heiddis said she recently tried to pursue criminal charges against her dad but was told by the Queens District Attorney’s Office that the statute of limitations on the crimes against her had run out.

Still, she said she is hopeful that her father will remain behind bars for a long time.

“Jail is the safest place for him,” Heiddis said.”We just want that time extended as long as possible.”

Luis Olivo was unable to be reached.

The Bronx DA’s Office did not reply when asked whether it was looking into the sisters’ allegations.