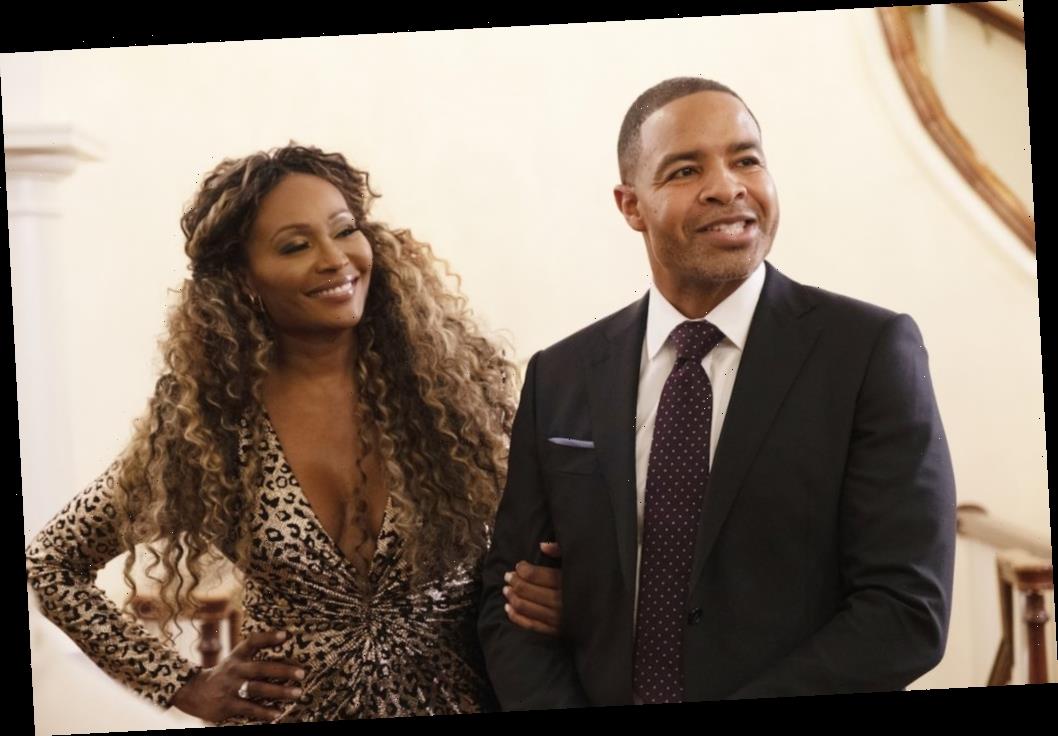 Cynthia Bailey is officially Mrs. Mike Hill. The RHOA couple survived self-isolating with one another during the coronavirus quarantine and solidified their love in front of 250 guests in a lavish Georgia wedding. Dozens of Bravo stars attended, with some even having roles in the ceremony.

Cynthia Bailey and Mike Hill continue with the original wedding date in spite of COVID-19; the date’s significance

Bailey and Hill set their wedding date almost immediately after her engagement. The longtime RHOA star had help from her co-star, Kandi Burruss, in selecting the date.

Despite COVID-19 restrictions throughout the country, luckily for the couple, their date was never cancelled. Bailey confirmed to People ahead of her big day that her 250 guest Georgia wedding was moving full-speed ahead but with proper protocol of course.

As for why she kept the date, Bailey says COVID-19 isn’t going anywhere, so adjusting to the times only makes sense. Furthermore, she says the virus served as a learning lesson for her and Hill, telling People in a post-wedding interview:

“We are living in a very different time, and now more than ever we realize that life is too short, and to never take anything for granted,” the couple said in a joint statement. “We are so grateful to have found each other. Love with the help of God conquers all.”

Bailey’s first wedding to her ex, Peter Thomas, happened during her first season as a housewife. Obviously, her co-stars were in attendance but not part of her bridal party. This time around, Bailey had a few of her close cast members by her side.

Kenya Moore, Eva Marcille, and Burruss served as three of Bailey’s bridesmaids. Several of her other co-stars cheered the group on as guests. Porsha Williams, Shamea Morton, Marlo Hampton, and former RHOA star Sheree Whitfield was also in attendance.

It does not appear that Bailey’s longtime frenemy Nene Leakes made it to witness the couple’s nuptials.

The wedding was a Bravo affair and housewives from other franchises were there to experience Bailey and Hill’s love. Potomac stars Karen Huger and Gizelle Bryant took a midnight train to Georgia for the affair.

Married to Medicine’s Quad Webb and Claudia Jordan, who appeared on RHOA during season 7, were photographed at the wedding. Love & Hip Hop star Princess Love was also present.

Bailey chose an unconventional color for her second trip down the aisle, donning a rose gold mesh gown with silver embellishments throughout from Nneka C. Alexander of Brides by Nona. She topped off her look with Badgley Mischka shoes and a headpiece by Bridal Styles Boutique.

For her second look, Bailey wore her hair down with a headpiece and changed into a form-fitting white, sleek dress.

Hill donned black slacks, a white tuxedo shirt, and a silver sparkly blazer with a black tie. He also changed into an all-white look for the reception.

Rings exchanged during the ceremony were from Rockford Collection and Beverly Diamonds. Bailey and Hill enlisted the help of wedding planner, Courtney Ajinça.

Attire for the guests appears to be Black and white formal from pictures plastered on social media.

The nuptials took place at the Acworth, GA Country Club. initially, the ceremony was to be held outdoors but was transferred inside due to the rain.

The wedding is expected to air on the upcoming season of RHOA.