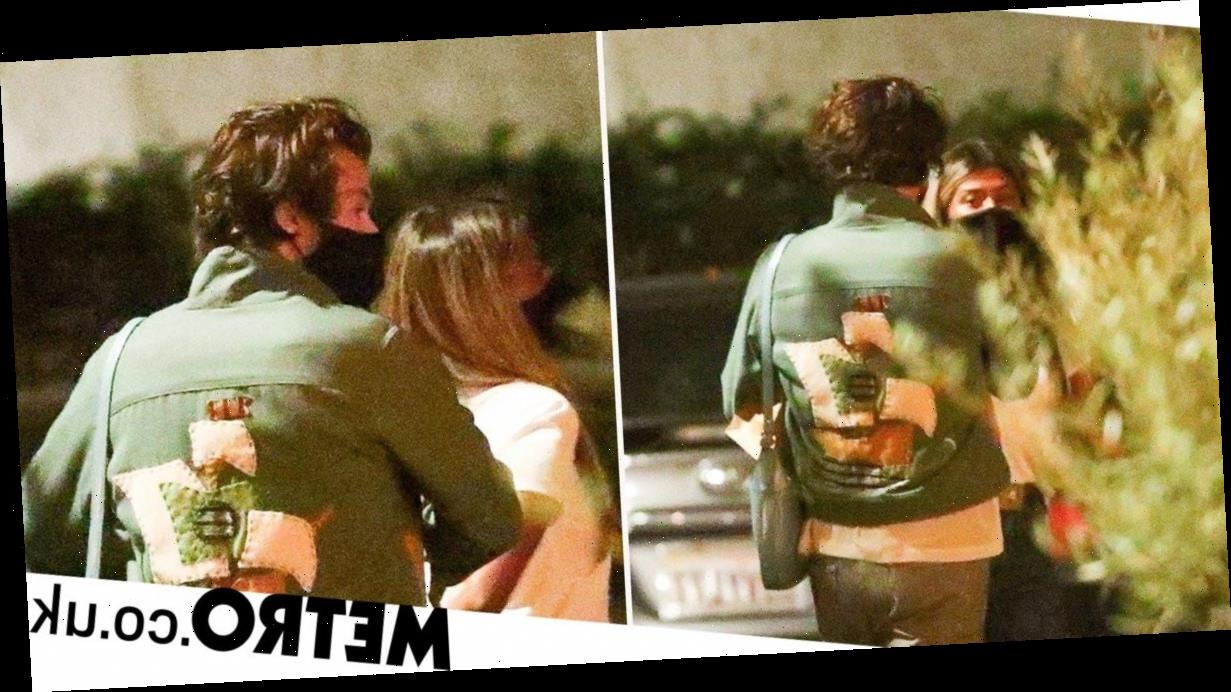 Harry Styles has been spotted heading out for dinner with a mystery girl in Los Angeles.

The Watermelon Sugar hitmaker put safety first as he and his companion masked up to leave a restaurant after their meal.

Harry was seen rocking a green jacket with a ship embroidered on the back, clutching a paper bag in one hand and a bag slung over one shoulder as he chatted to servers.

The 26-year-old has been keeping a fairly low profile during the pandemic, last posting on social media to confirm that he has had to postpone his tour until further notice.

‘I really hope to play the shows as planned for 2021 but will continue to monitor the situation over the coming weeks and months,’ he said in a statement, adding: ‘I can’t wait to see you all on the road as soon as it’s safe to do so.’

However, he has been spotted out and about on occasion, including when a fan surprised him with a cool trick on the street – and he was thoroughly impressed.

Meanwhile, it seems Harry is getting booked and busy in the acting world, with it being reported that the star has replaced Shia LaBeouf in the upcoming movie Don’t Worry Darling.

The movie co-stars Chris Pine and Florence Pugh, and follows an ‘isolated, Utopian community’ in the Californian desert in the 50s, according Deadline.

He and Lily James are also thought to be ‘in talks’ to star in Amazon’s LGBT romance My Policeman.

Harry, who made his acting debut in 2017’s critically-lauded Dunkirk, is tipped to play handsome policeman Tom while Lily will take on the lead role of schoolteacher Marion.

The drama plays out as Marion instantly falls head over heels for Tom, Digital Spy reported.