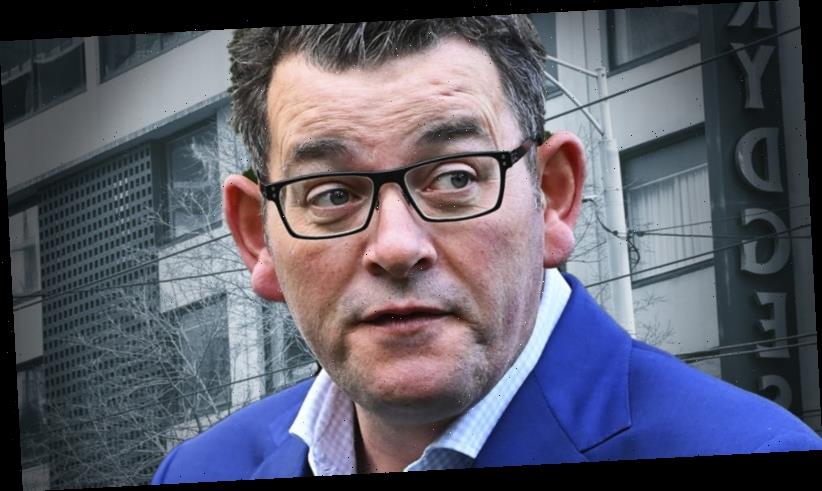 There was a moment towards the end of Daniel Andrews’ appearance before the hotel quarantine inquiry when the Premier and the lawyer leading his interrogation found themselves in serendipitous agreement.

We really should know who made the decision to use private security guards, counsel assisting the inquiry Rachel Ellyard said. Yes, replied Mr Andrews, it was an important question. Indeed, it was one of the very reasons he set up the inquiry. 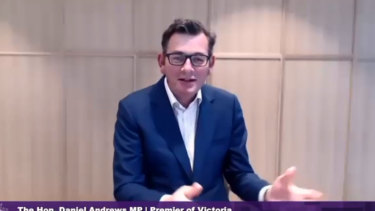 At ease: Premier Daniel Andrews at the hotel quarantine inquiry.

If Ms Ellyard really wanted to know, she might have pressed a little harder.

Earlier in his testimony, Mr Andrews was shown footage of comments he made, on the day mandatory quarantine was agreed upon by national cabinet, in which he indicated that private security firms were part of his plan.

The press conference was at 3pm, only a few hours after national cabinet had finished meeting. And already, the Premier was talking about private security guards.

Why was that, Mr Andrews?

Thank you Mr Andrews. If I can now take you to another topic …

Graham Ashton, then chief of police, texted Department of Premier and Cabinet secretary Chris Eccles an hour and a half before Mr Andrews’ press conference to say the deal was done and private security would be guarding the hotels. 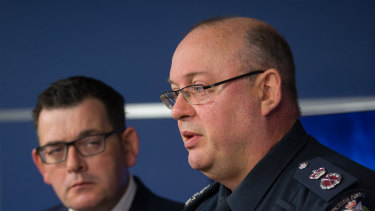 Police Minister Lisa Neville told the inquiry this was also her understanding at that time.

So why did Mr Andrews, the best political communicator of his generation, mention private security guards in that press conference? Does anyone seriously think it just slipped out?

Ms Ellyard did not challenge Mr Andrews on this point.

As far as Jennifer Coate’s board of inquiry is concerned, the author of the disastrous decision to put private security on the front line of infection control in the middle of a pandemic will remain anonymous.

This was an accomplished performance by an experienced political operator. Even by today’s iso standards of casual dress, it was notable that the Premier didn’t feel it necessary to wear a tie for his turn in the witness box.

Instead, he presented with calm, open-collar confidence, showing no discomfort as he deftly offered up Health Minister Jenny Mikakos and his loyal Department of Premier and Cabinet secretary Chris Eccles as provisional sacrifices.

Ms Mikakos’ sin, in the eyes of the Premier, was her attempt to shirk accountability for the hotel quarantine program. Mr Andrews upbraided Mr Eccles for failing to pass on to him an offer for ADF assistance, clearly articulated by Canberra’s most senior bureaucrat in an April 8 email, to help with hotel quarantine.

Confirmation of that offer suggests that Mr Andrews misled a parliamentary committee four months later when he insisted that no offer of ADF assistance had been made. However, Mr Eccles’ lack of recall about what he did with the offer gives the Premier an out.

There is no evidence before the inquiry that Mr Andrews knew about it.

After two months of public hearings, the hotel quarantine inquiry has at times resembled a bureaucratic Game of Thrones, with department heads and their respective lawyers warring over competing claims.

What Justice Coate will make of it all when she hands down her findings is unclear.

Mr Andrews has admitted the program was a failure – a fact well established before the inquiry was commissioned – and apologised unreservedly for it. For all the departmental duck shoving, he says he is ultimately accountable for all decisions made.

All except the one that led to this mess.

Get our Coronavirus Update newsletter for the day’s crucial developments at a glance, the numbers you need to know and what our readers are saying. Sign up to The Sydney Morning Herald’s newsletter here and The Age’s here.