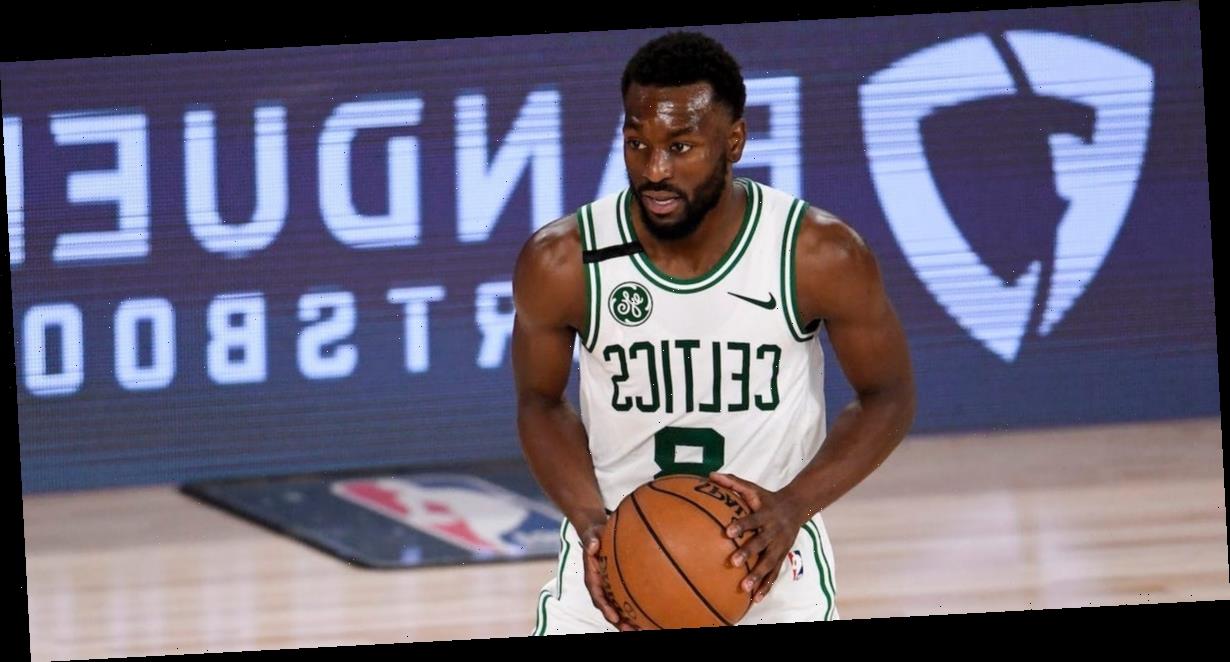 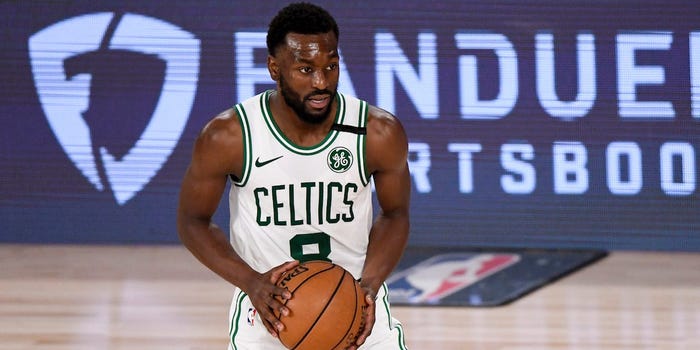 The Boston Celtics will need more from Kemba Walker to climb out of the 3-1 deficit they face in the Eastern Conference Finals against the Miami Heat.

While Walker's numbers for the series look fine on the surface — 20.8 points on 42% shooting, 5 rebounds, and 4 assists per game — the Heat have effectively limited Walker with a simple zone defense that has flustered the Celtics.

A zone defense tries to limit forays into the paint and force offenses into well-contested jump shots. For Walker, a master at beating opponents off the dribble to create his own shot or shots for others, the scheme has proven difficult to beat.

Walker has been critical of his own play in the postseason, saying he's been "terrible" after a Game 1 loss to the Heat. While his numbers have ticked up since that 19-point, 6-of-19-shooting performance, the Celtics could use more of what made Walker worthy of the four-year, $141 million contract he signed with Boston this offseason.

Miami's zone has flustered Walker and the Celtics

As ESPN's Tim Bontemps and Kevin Pelton documented, zone defense was on the decline in the NBA for much of the last decade, in part, due to the uptick in three-pointers. Three-point shooting can break a zone defense.

However, after leading the NBA by a wide margin in zone usage during the regular season, the Heat have turned to it in these playoffs at almost historic rates.

"This has gotta be the most a team has played a zone in the playoffs," ESPN's Mark Jackson remarked during Game 4.

Its effect on Walker has been evident. For the series, the Celtics have been outscored by 14 points with Walker on the court (-14), the worst figure on the team. They're +14 in the 45 minutes Walker was not in the game.

In the second halves of this series, when the Heat have played primarily zone, Walker is averaging just 9.5 points on 33% shooting.

Miami tweaked their zone to make it more difficult on Boston. First, they put two long, strong wing defenders in Jae Crowder, Jimmy Butler, or Andre Iguodala at the top of their zone, making it harder for a guard like Walker to beat anyone off the dribble. In turn, weaker defenders the Celtics might target like Goran Dragic, Tyler Herro, or Duncan Robinson are in the corners, where it's harder for offenses to attack, as the sidelines and baselines serve as extra defenders, and cross-court passes hang in the air long enough to be intercepted or for defenders to recover.

Walker hasn't been able to consistently beat defenders from the top of the key. The Celtics could move him to the corners for an opportunity to attack those weaker defenders, but it would be a victory for Miami if the Celtics relegated their best on-ball creator to the corner of the floor, away from the action.

Even in semi-transition opportunities, like the one below, Walker has struggled to get through Miami's wall of bodies, settling for tough jumpers.

When Walker has been able to break through the initial barrier of defense, good things have happened.

In the below video, Walker's drive forces Duncan Robinson to collapse. When Walker kicks it out to Marcus Smart, Robinson is off-balance just enough that Smart is able to take him off the dribble and set up Daniel Theis for the easy layup.

It's unclear why the Celtics haven't gone to Walker high pick-and-rolls more often as a solution to break down Miami's zone.

The Celtics need Walker in his All-Star form. In Game 3, the Celtics' lone win of the series, he scored 21 points on 50% shooting and was a +10 for the game. In that game, six of his 16 shot attempts came from the free-throw line or below.

This isn't entirely Walker's fault. He may be struggling with a knee injury that limited him early in the bubble more than he has let on. And Miami deserves credit for scheming a way to make him uncomfortable. The Celtics have missed opportunities throughout this series with sloppy play and defensive miscommunications.

But Walker faces the pressure that is placed on all max-level players to deliver. Jayson Tatum's mid-season rise into an All-NBA-level player has in some ways taken the pressure off of Walker as a No. 1 offensive option. But now, down 3-1 and over-matched, the Celtics need Walker to be more aggressive in attacking Miami's defense, no matter how well designed it is to stop him.