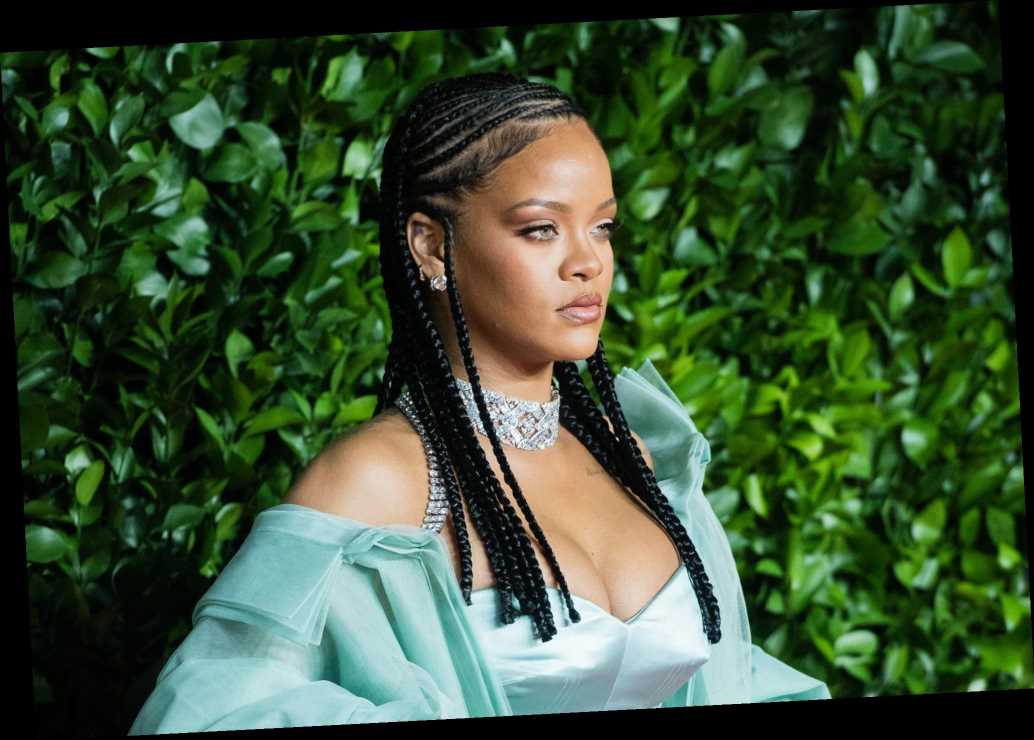 The Savage X Fenty fashion show is coming back — and so is Rihanna's mullet. The Navy and Savage die-hards got a peek in Amazon's preview of the big show, which showcased the style during the singer's backstage strut. The mullet haircut — which Rihanna had back in 2013 — has tons of choppy layers and bangs. She paired the look with an embroidered hoodie and all the attitude you'd expect from the star.

The first time Rihanna tried out the style, she wore it with blue lipstick, a varsity jacket, and the mullet had a long flowing tail. The new take is a little more subtle, but adds plenty of texture so it's not a complete return to form for Rihanna. Instead, it's a fresh take on a polarizing style that's love or hate, even for the most dedicated members of the Rihanna Navy. The second Savage X Fenty show will hit Amazon Prime Video on October 2. Rosalia, Travis Scott, Bad Bunny, Ella Mai, Miguel, Mustard, and Roddy Ricch are set to take the stage although Rihanna herself hasn't confirmed whether or not she'll be performing. With all the attention her mullet is getting, it'd be a shame if RiRi didn't give the 'do its time in the spotlight.